It's been nearly three years since since the Army took delivery of the first of its souped-up new version of the M1 Abrams main battle tank, and the service's first brigade of upgraded warhorses is officially ready to bring the pain downrange 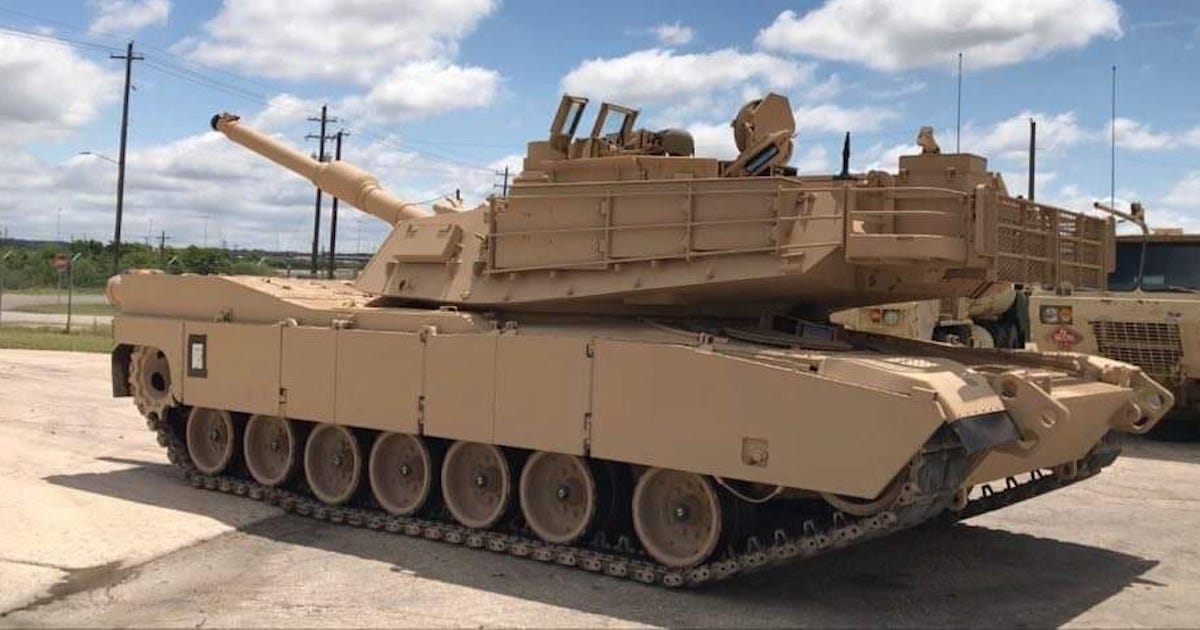 It's been nearly three years since since the Army took delivery of the first of its souped-up new version of the M1 Abrams main battle tank, and the service's first brigade of upgraded warhorses is officially ready to bring the pain downrange.

Soldiers from the 3rd Battalion, 8th Cavalry, 3rd Armored Brigade Combat Team, 1st Cavalry Division are the first to take possession of the the M1A2 SEPv3 Abrams tanks, also known as the M1A2C, according to recent posts from the Greywolf Brigade on social media.

How do you remain the most lethal brigade combat team on planet earth? Through focused maintenance and tough, realistic training of course. The @USArmy newest version of the M1A2 main battle tank doesn't hurt either. The Brigade is first in line to receive the new SEP v. 3 tanks. pic.twitter.com/BqM74a4sd0

According to the Army, the M1A2 SEPv3's full improvements include the following:

The Army accepted the first of about a half-dozen initial production versions of the M1A2 SEPv3 Abrams back in October 2017.

“The Abrams M1A2 SEPv3 is the first in a series of new or significantly improved vehicles that we will be delivering to the Army's ABCTs,” Maj. Gen. David Bassett, program executive officer for Ground Combat Systems, said when the first prototypes rolled off the assembly line back in 2017.

“It is a great step forward in reliability, sustainability, protection, and onboard power which positions the Abrams tank and our ABCTs for the future.”

1st Armored Division officials did not immediately response to request for comment from Task & Purpose.