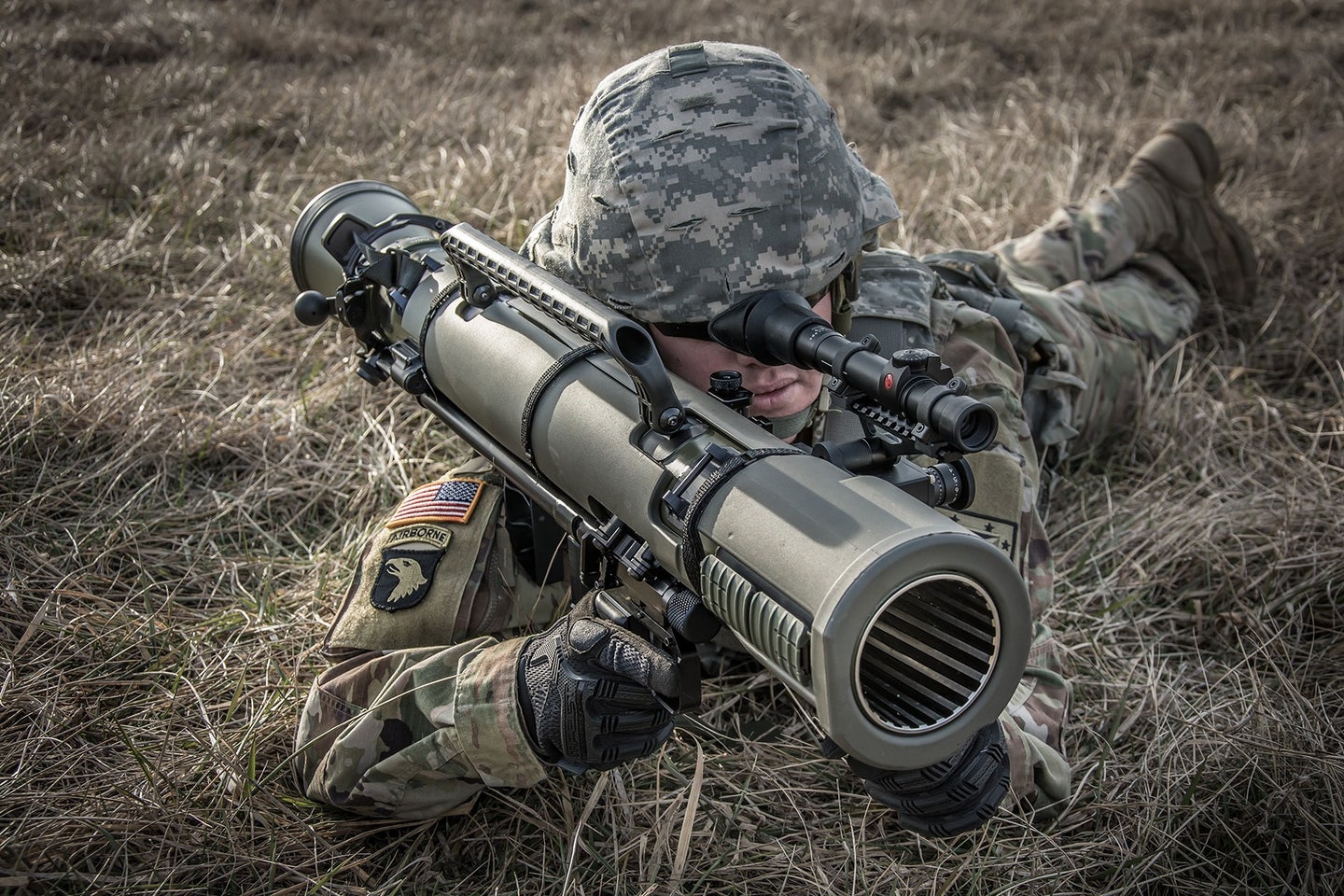 Strap in, soldiers, because we’re entering some boom times for the Carl Gustaf — in more ways than one.

Swedish manufacturer Saab has signed an $87 million multi-year contract with the Army to furnish soldiers with new and improved 85mm M3E1 Carl Gustaf recoilless rifles in the coming years, the company announced on Thursday.

The Army approved the latest upgrade back in 2017 after announcing that every platoon would eventually receive a Carl Gustaf for combat use. The new version has a titanium shell and weighs in at 14.8 pounds, apparently making it 28 percent lighter and far more ergonomic than its M3 and M3A1 predecessors.

“The current system that the Army uses is the AT4, which only allows Soldiers to fire one shot, and then they have to throw the system away,” the Army stated back in 2017. “With the M3E1, soldiers can use different types of ammunition which gives them an increased capability on the battlefield.”

The M3E1 “ensures readiness on the modern battlefield with multi-role capabilities through a wide array of munitions including counter defilade, anti-structure, and anti-armor,” Saab US CEO Erik Smith said in a statement.

Since announcing the formal return of the Carl Gustaf, the Army has made efforts to upgrade its current arsenal of M3 recoilless rifles with the M3A1 variant Saab first unveiled in 2014.

The M331 is capable of “engaging, neutralizing and destroying lightly armored vehicles, soft-skinned vehicles, personnel in the open or defilade, and field fortifications in both open urban and rural operational environments,” according to the Army’s budget documents.

Although the 2017 requirements called for the Army to field just 1,111 new and improved M3E1 Carl Gustaf recoilless rifles, Army budget documents indicate a target acquisition objective of around 2,460 total boomsticks through 2023.

New, lighter launchers aren’t the only upgrade coming to service members sooner rather than later: Saab recently teamed up with Raytheon for a series of guided flight tests for its new laser-guided munition, aptly called the Guided Carl-Gustaf Munition.

The company signed a $445 million framework agreement with the Army for both Carl Gustaf and AT-4 anti-tank weapon ammunition in 2019.