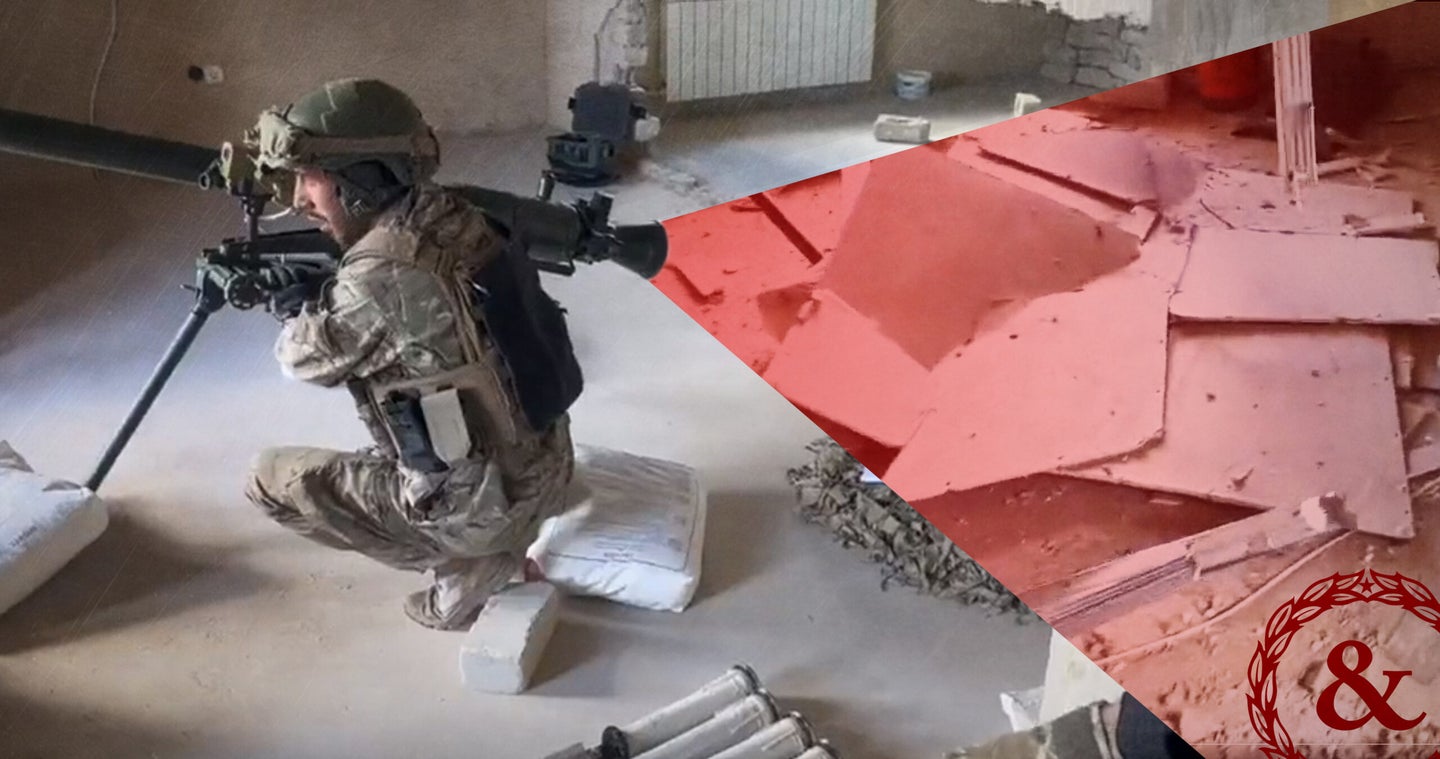 If you’ve ever had the pleasure of firing something like an AT-4, then you’ve heard the phrase “backblast area clear!”

And if you ever wondered, “how bad could that backblast actually be?” This video will answer that question, and disabuse you of the notion that it’s not that bad.

The video, which was shared on Twitter by OSINTtechnical on Sept. 6, shows what appears to be a group of Ukrainian soldiers with an SPG-9 recoilless rifle. They’ve got it set up in a fairly dilapidated-looking building, and with one shot, well, their ears are certainly ringing and they’ve demolished plenty of drywall.

The aftermath shows that the operator was, fortunately, unhurt — which feels like a miracle given the pile of ordnance right next to him. There is, of course, plenty of evidence of the “blast” portion of the phrase “backblast.”

As Newton’s Third Law states, for every action there is an equal and opposite reaction. For your standard artillery or rocket, launching the projectile is essentially a contained explosion, which produces recoil. But applying the same principles of force on both ends of the barrel is what gives a recoilless weapon its, well, lack of recoil.

A recoilless rifle like the SPG-9 is a fairly old piece of military technology, and how it works is simple. When the projectile is launched from one end, a counter-mass — in the form of the gaseous propellant — is ejected from the other end. Essentially, the two explosions counteract each other causing no recoil, but you certainly don’t want to be standing behind one of these things when they’re fired.

“An enclosed space doesn’t allow the concussion to dissipate,” said John Spencer, chair of urban warfare studies at the Madison Policy Institute. “If you try firing one of these things inside a building, it will jack you up.”

Recoilless weapons are cheap and prolific in combat zones — you can even watch a compilation video of people making the same mistake as these Ukrainian soldiers.

These weapons — recoilless rifles — are also getting some technological upgrades. The M3E1 Multi-Role Anti-Armor Anti-Personnel Weapons System, or MAAWS, being fielded by the Army and Marine Corps fires multiple types of rounds at ranges up to 1,300 meters. The latest iterations of the Carl Gustav, to use the parlance of its Swedish manufacturer, are even being developed to mitigate the backblast, meaning it can be fired in enclosed spaces.

The SPG-9, though, is not that. It’s an old, Soviet-era recoilless rifle, and if you’re looking for some backblast, it provides — as these Ukrainian soldiers discovered.

“It’s understandable that there is a tactical desire to place weapons in buildings,” said Spencer. “But this shows soldiers who are untrained and don’t understand the capabilities and limitations of their weapons.”

So, don’t fire a recoilless rifle indoors, unless you’re looking to take down some walls and have a serious headache.