The Navy’s ‘ghost fleet’ is growing 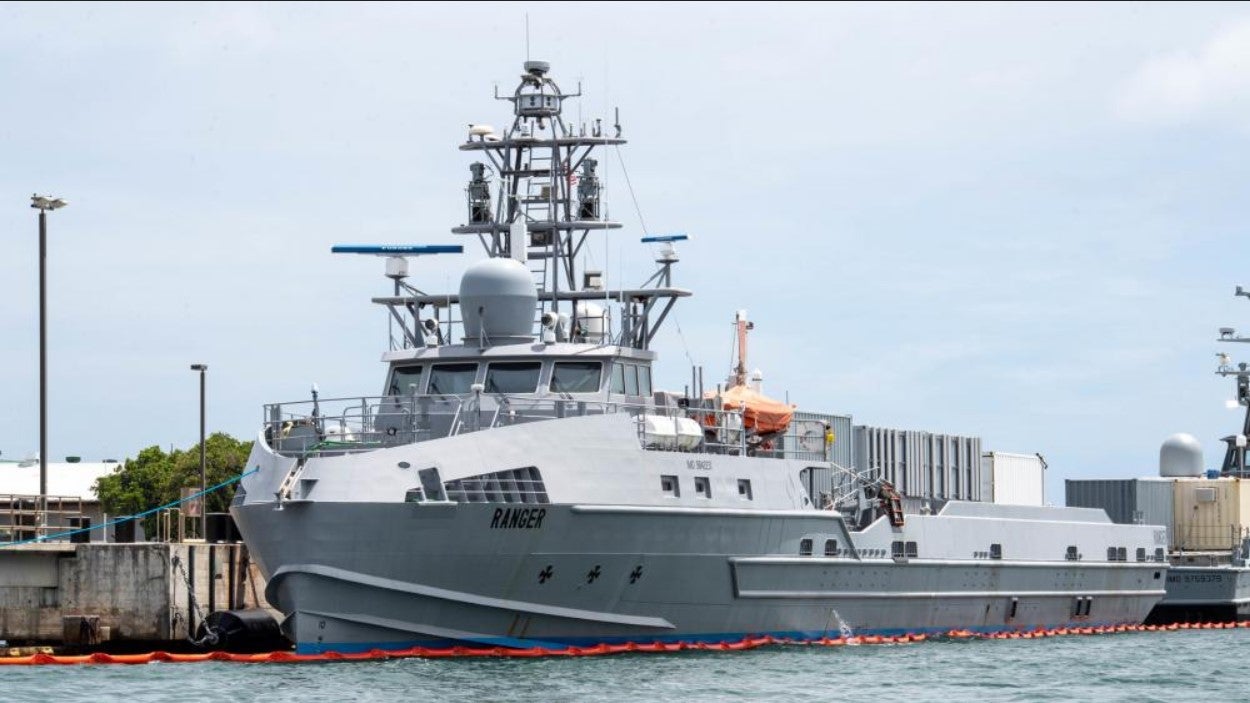 The Ranger, one of the Overlord USVs used by the U.S. Navy. The Mariner is the latest to be christened. (U.S. Navy photo by Mass Communication Specialist 3rd Class Demitrius J. Williams).
SHARE

This past week the Navy christened a new ship in the fleet: the unmanned surface vessel the Mariner. The ceremony at the U.S. Naval Academy marked another milestone in the Navy’s attempt to test and expand its autonomous capacity.

It is the latest so-called “ghost ship” to join the Navy at sea. The Mariner is one of four Overlord USVs the Navy ordered, although only the third fielded as the last one is still under construction. The Mariner’s two sister ships, the Nomad and Ranger, participated this summer in the Rim of the Pacific international training exercise. It was one of the biggest deployments of an uncrewed ship yet.

The Navy recently released the 2022 edition of the Chief of Naval Operations Navigation Plan, its roadmap and vision for how the Navy will look in 2035. The plan calls for expanding the overall force from approximately 300 combat ships to 523. Of that fleet, 150 ships are intended to be uncrewed. The “ghost fleet” portion would work hand-in-hand with the rest of the combat ships, just without a large crew needed, which might help the Navy given the ongoing recruitment and morale issues.

That’s where ships like the Mariner factor in. They’re early research and development ships. They’ll serve at sea, but the idea for now is to test how the software functions and how these vessels can be improved on to meet that 2035 goal. As for how these kinds of ships will be used, the Navy has said they’ll serve multiple purposes, but the autonomous nature of the vessels means they can also allow the Navy to carry out operations without diverting sailors from bigger tasks.

“We can take two of our USVs and go out and do multi-vessel ops … and not necessarily have to take [a destroyer] off of actual fleet operations to go do that,” Rear Adm. Casey Moton, who works on unmanned programs, said during a tour of the ship this week, Breaking Defense reported.

Although the Mariner and other Overlord USVs are technically uncrewed and run on software, it’s not exactly designed to exclude sailors. The Overlord USVs have crews of six, with most features though being automated. Breaking Defense reported that the ship even has a big red button that can turn off the software control and let the ship’s captain take over operations, should a need arise. Think of it as where many “self-driving” cars are currently at, where there is a manual control option.

The USV Mariner is currently set to wrap up testing and then join other ships in California in the next fiscal year.