The Navy’s ‘little crappy ships’ have a monster new problem

A fundamental propulsion issue might end up lending the LCS a new nickname: floating garbage pile. 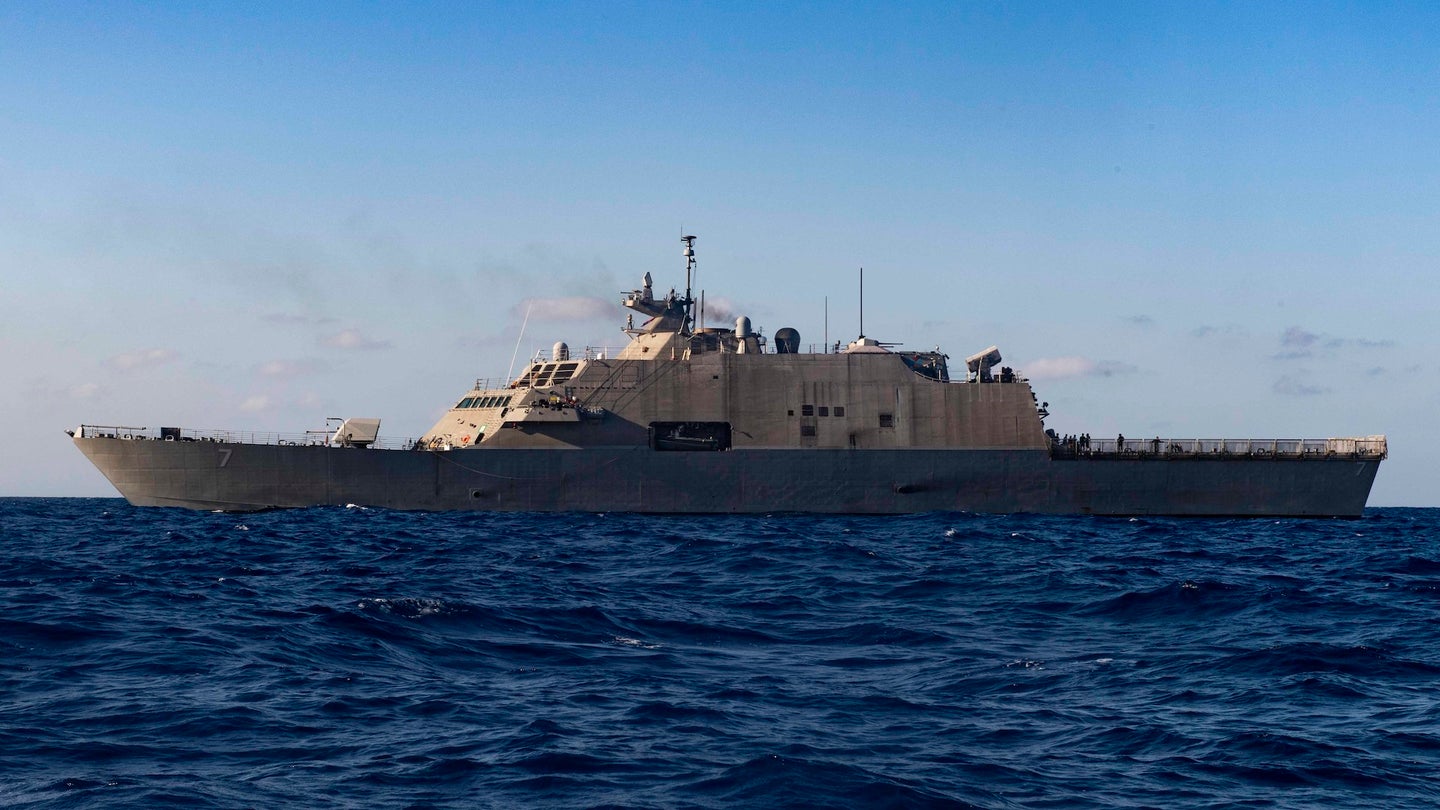 The Navy is currently investigating a potential class-wide design flaw in its $500 million Freedom-class littoral combat ships that would require an aggressive engineering fix to address, Defense News reports, the latest issue to strike the much-maligned fleet of would-be surface combatants.

According to Defense News, Navy personnel are currently exploring whether a fundamental design flaw in the LCS class’s combining gear — the complicated assembly that connects each ship’s power plants to its actual propulsion shafts for movement in the water — is responsible for a series of recent at-sea malfunctions in two ships’ propulsion trains.

In October, an issue with the USS Detroit’s combining gear forced the vessel to return to port in Florida, an issue that has also struck the USS Little Rock in recent months, according to Defense News.

“A joint Navy and Lockheed Martin team with RENK AG, the original equipment manufacturer, are conducting a root cause analysis of this defect,” Naval Sea Systems Command told Defense News in a statement.

There are currently 10 Freedom-class littoral combat ships in service in the Navy fleet, with an additional seven hulls still under construction, according to the service’s fiscal year 2021 budget request. Each vessel costs around $520 million, according to a recent Congressional Research Service report on the line.

The Defense News report is just the latest in a string of frequent mechanical failures and embarrassing cost overruns that have undermined confidence in what was once envisioned as a relatively inexpensive surface combatant with an advanced modular design.

The Pentagon’s Operational Test & Evaluation office’s 2018 review of the LCS fleet revealed alarming problems with the vessel’s combat system elements and a distinct lack of redundancies for vital systems necessary to reduce the chance that “a single hit will result in loss of propulsion, combat capability, and the ability to control damage and restore system operation.”

In addition, the Pentagon’s most recent OT&E review published in January affirmed that both of the Navy’s LCS variants are sitting ducks when it comes to defending themselves against anti-ship missiles, significantly lacking in critical defensive capabilities.

Despite these deficiencies, the Navy “has not tested these combat systems and does not plan to conduct further air warfare operational testing” of its Freedom-class LCS hulls “in their current combat system configuration,” according to this year’s OT&E review.

The reason? According to the OT&E report, there isn’t really any: the Navy “has accepted the risk of continued operations with a combat system that they have not operationally tested.”

Considering the LCS’s ongoing survivability issues, it’s no wonder that the Navy has been desperate to decommission its first four “less capable” LCS hulls this fiscal year as part of a broad shipbuilding roadmap focused on a “more capable, ready and lethal force,” according to Navy budget documents.

The Navy had previously turned the four hulls in question (the USS Freedom, USS Independence, USS Fort Worth, and USS Coronado) into non-deployable test ships in 2016 over — surprise! — a series of engine problems, according to Military.com.

“These ships have been test articles and training assets, and were key in developing the operational concepts leading to the current deployment of LCS ships today,” according to the Navy’s justification for the move. “But cancelling their modernization allows us to prioritize lethality and survivability where we need it.”

The LCS may have earned its reputation as a “little crappy ship” over the years, and the Defense News report suggests that confidence in the vessel’s actual at-sea capability is only going to collapse further among both Navy officials and lawmakers. If anything, a fundamental propulsion issue might end up lending the LCS a new nickname: floating garbage pile.

Related: The Navy wants to slap a laser on a littoral combat ship for the first time