“The campaign itself is featured around this idea that leadership is not innate.” 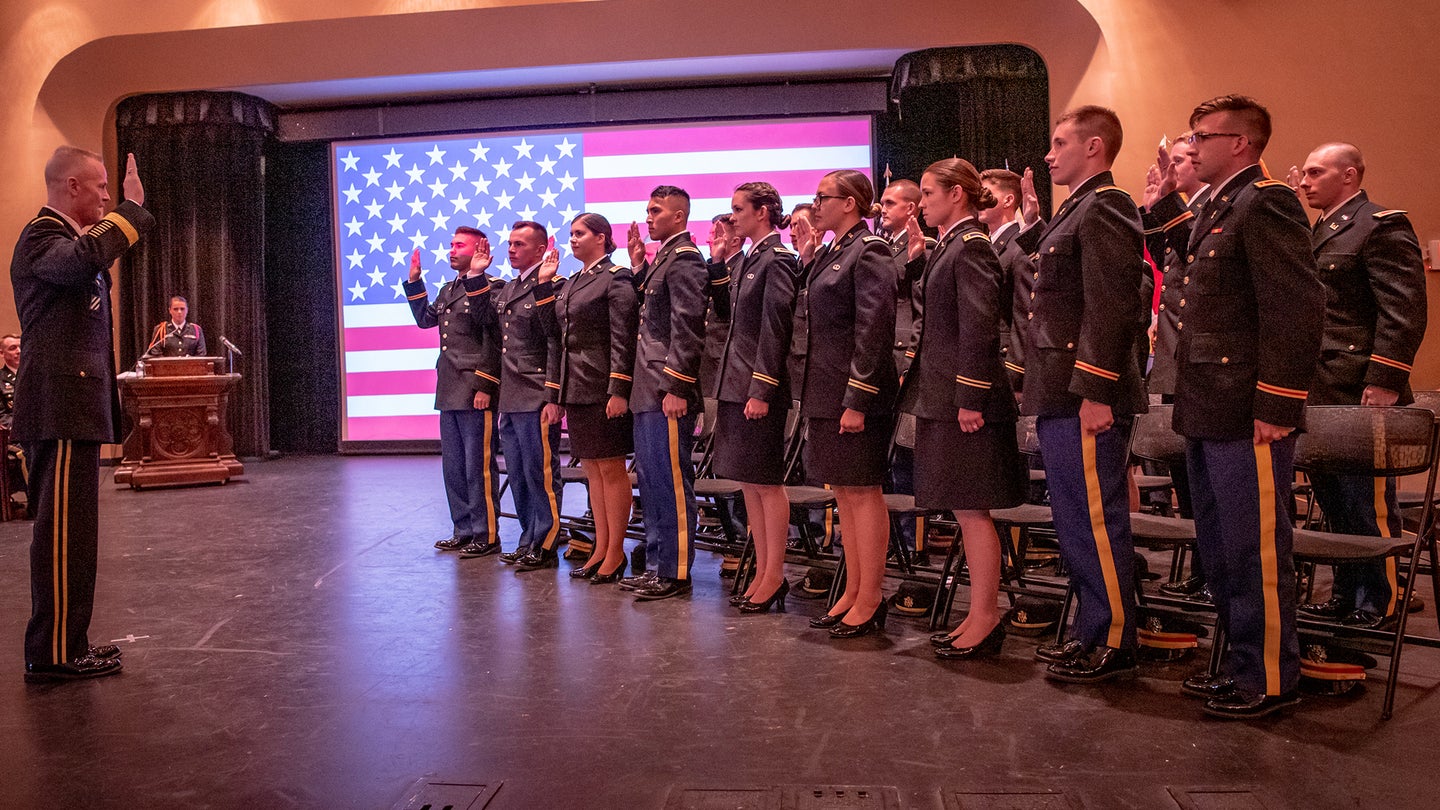 The Army’s latest marketing campaign is simple: Why sit at a boring desk job where no one listens to you when you could be calling the shots in uniform?

The new campaign, called “Decide to Lead,” is the first in years to focus solely on recruiting Army officers. In total it will have six videos running primarily on streaming services, two of which were released last week.

“The campaign itself is featured around this idea that leadership is not innate,” Maj. Gen. Alex Fink, the chief of Army enterprise marketing, told Task & Purpose. “It’s a choice that people can make. You’re not born with it, you don’t inherit it. This is a choice that a person can make if they have the drive and the desire and they want to be a leader.”

The Army is hurting for recruits, expecting to fall roughly 10,000 soldiers short of their anticipated recruiting goal for this fiscal year. Army leaders said in a memo last month that they expect it to get even worse in fiscal year 2023 by having an end strength of 445,000 to 452,000 soldiers, down from the 473,000 they outlined in the latest budget.

And while Fink said many of the challenges the Army is facing in recruiting enlisted soldiers don’t manifest in the same way when it comes to recruiting officers, he said there has been “a reduction” in the number of people working to become officers over the last several years. It’s unclear what that reduction has looked like, but the intent of the campaign, Fink said, was to envision how the Army can build a “really solid bench” of officers who would eventually be the senior commanders in the room.

But recruiting an officer is, of course, different than recruiting an enlisted service member. While an enlisted soldier could officially become a soldier in a matter of months — the quicker the better, the Army has said — it could take “anywhere from two, three, or four years to develop an officer,” Fink said. The four paths to becoming an officer include graduating from a service academy, enrolling in a college Reserve Officer Training Corps (ROTC) program, attending Officer Candidate School (OCS) after receiving a bachelor’s degree, or commissioning directly for civilians with professional experience as doctors, lawyers, or cyber professionals.

So far, the new marketing campaign seems to lean primarily on those first three opportunities. It focuses on enticing young people to join the Army’s officer corps to gain leadership experience that could be hard to come by in a bleak office job without “any real responsibilities,” as a video released on Wednesday puts it.

“Instead,” the video says, “how does this sound? Starting in a guaranteed leadership position with people who look to you for guidance, because you’re trained to give it and make important decisions in critical situations. Skip entry-level. Decide to lead.”

Indeed, Fink said focusing on the leadership opportunities in the Army versus those in the civilian workforce was a key part of the campaign. After college, students may have to wait “15, 20 years into a career” before they get the kind of “executive-level professional development” they could find in the Army, he said. Not to mention that experience in leadership and teamwork, as well as problem-solving skills, can translate to civilian jobs after service.

A second video also posted on Wednesday appeals to those who want to call the shots and inspire others.

“It’s not for everyone,” the video concludes. “But if you want to learn to make big decisions, start with this one. Decide to lead, as an Army officer.”

While there are differences in recruiting officers and enlisted soldiers, some of the problems the Army is facing in recruiting either cohort are similar. For example, Fink said part of the challenge the Army has with recruiting officers is a lack of information about ROTC programs, where students think they’re “making a decision not to go to college by becoming part of ROTC.”

A similar challenge exists with recruiting enlisted troops, which the Army attempted to address in a previous marketing campaign, “What’s Your Warrior?” The campaign focused on advertising the range of jobs available in the Army, not just combat-specific roles, to show young people there were other options available to them.

Another part of the challenge with recruiting both officers and enlisted soldiers is that there are more job opportunities. As Wormuth and McConville said in their July memo, current recruiting struggles are in part driven by “intense competition with the private sector.”

The service knows it’s competing with the private sector for college grads, particularly in areas like technology, engineering, and science. And while they likely can’t compete with the starting salary a new grad might find in Silicon Valley, the Army hopes to instead compete with the level of responsibility.