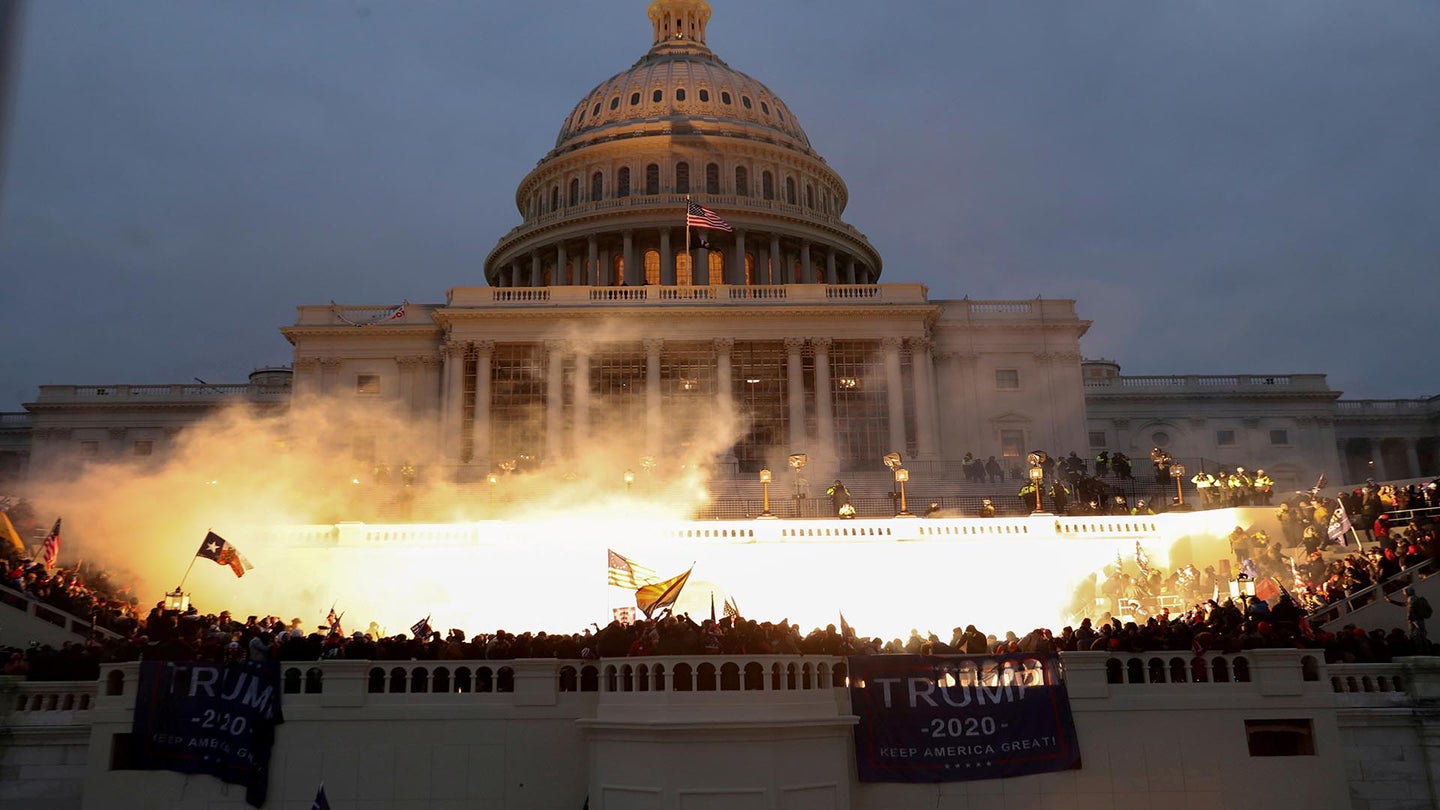 A U.S. Army reserve sergeant and Navy contractor has been charged with taking part in the Jan. 6 storming of the U.S. Capitol.

Timothy Louis Hale-Cusanelli, 30, of Colts Neck, New Jersey, was accused of illegally entering the Capitol building and disrupting government business, among other charges filed on Jan. 15. The charges came after a confidential informant told the Naval Criminal Investigative Service that Hale-Cusanelli was present in the Capitol and made “harassing and derogatory statements” toward police officers that were captured on video.

Hale-Cusanelli works at Naval Weapons Station Earle and maintains a secret security clearance. An Army official confirmed Sgt. Hale-Cusanelli was currently serving as a human resources specialist with the 174th Infantry Brigade at Joint Base McGuire-Dix-Lakehurst. He joined in 2009 and has no deployments.

“The Army does not tolerate racism, extremism, or hatred in our ranks and is committed to working closely with the F.B.I. as they identify people who participated in the violent attack on the Capitol to determine if the individuals have any connection to the Army,” said Master Sgt. Michel Sauret, a spokesman for Army Reserve Command.

According to the NCIS informant, Hale-Cusanelli is an “avowed white supremacist and Nazi sympathizer” who regularly posts “extreme political opinions” on YouTube. Prior to the Jan. 6 rally, Hale-Cusanelli wrote on an online forum, “Trust the plan, major announcement soon,” apparently referencing the QAnon conspiracy theory that President Donald Trump is secretly fighting a worldwide cabal of Satan-worshipping pedophiles. The FBI has called the baseless conspiracy a domestic terrorism threat.

The NCIS informant wore a wire during a conversation on Jan. 14 with Hale-Cusanelli, according to court records, who admitted to entering the Capitol and encouraging others to “advance” inside. Hale-Cusanelli also allegedly boasted that the mob could have taken over the entire building if they’d had more men and admitted to stealing a flag and flagpole another rioter threw “like a javelin” at a police officer as a “murder weapon” so it could be destroyed.

Hale-Cusanelli joins a growing number of military veterans charged with taking part in the Capitol riots, which temporarily derailed the certification of the 2020 presidential election.

Air Force veteran Ashli Babbit was shot and killed by Capitol Police while trying to enter the Speaker’s Lobby through a broken window that would have given her and others access to the House chamber, and retired Air Force Lt. Col. Larry Rendell Brock was arrested and charged after being seen inside the Senate chamber holding plastic restraints that prosecutors say would have been used to take hostages. Other veterans include Jacob Chansley, a Navy veteran widely known as the “QAnon shaman,” Jacob Fracker, an infantryman in the Virginia National Guard, and Thomas Robertson, an Army veteran.