The vice chair of a little-known environmental panel resigned Wednesday after she came under fire for cursing at a U.S. Army veteran, calling... 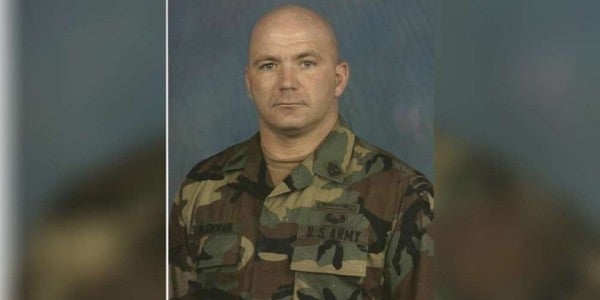 The vice chair of a little-known environmental panel resigned Wednesday after she came under fire for cursing at a U.S. Army veteran, calling him a traitor and speaking ill of fallen veterans in a Facebook chat earlier this month.

Patricia “Pat” Edmonson, who until Wednesday afternoon served on the Palm Beach Soil and Water Conservation District, and U.S. Army veteran James Plowman, who lives in North Carolina, didn’t know each other before they met in cyberspace through a discussion on Facebook on July 16.

But their conversation turned extremely ugly — and has gone viral.

The two sparred over a Facebook post by another user regarding President Donald Trump’s meeting with Vladimir Putin. After Plowman mentioned the years he spent in combat, Edmonson, wrote using an expletive, “—— you, traitor.”

Edmonson then launched into a vitriolic tirade of posts. “Do your dead brothers ever visit your dreams and ask you why you’ve turned your back on them?” she wrote. She also asked:“Do you smell the rotting flesh of those you’ve betrayed?”

Reached on Wednesday, Plowman said he isn’t concerned about being called a traitor. That’s comical to him, he said. But the comments she made about soldiers killed in battle “just can’t be forgiven,” Plowman said.

“That’s just something I’m not going to even look at forgiving. It’s just not a place she should have ever went,” he said.

This screenshot of the Facebook conversation between Edmondson and Plowman was circulated by the Palm Beach County Republican Party.Screenshot/Palm Beach Post

The posts have not gone unnoticed and have circulated through Palm Beach County and beyond.

Michael Barnett, the chair of the Palm Beach County GOP, publicly called for Edmonson, a Democrat, to resign from the conservation district’s governing board. Rob Long, who sat on the board with Edmonson, also called for her resignation. Long said her seat will either be filled through an appointment or a special election.

On Plowman’s Facebook page, Edmonson wrote that she appreciated Plowman’s service to the country and apologized for “the inappropriate choice of language” by calling him a “traitor.”

“My words were spoken as a private citizen, not in any professional or public capacity and should be treated accordingly,” she wrote. She also added her role in the exchange wasn’t “her finest hour” and she “let my Trump hate get the best of me and said some truly hurtful things.”

Edmonson was elected to the Palm Beach Soil and Water Conservation District in 2016 and won a new term in June when she ran again but unopposed.

The Palm Beach Soil & Water Conservation District, based in Royal Palm Beach, is a state government division. It does not have taxing authority, nor does it levy bonds or enforce land use laws. Its mission is to work with “local businesses and agencies to provide conservation services throughout Palm Beach County.” It’s governed by an elected, five-member board of supervisors that serve without pay.

The district addressed Edmonson’s comments on its Facebook page Tuesday saying views expressed by members of the governing board in “ABSOLUTELY NO WAY” reflect that of the rest of the board or the employees.

But the fallout continued.

A consulting company that lists Edmonson as an officer has received $39,000 from Jim Bonfiglio’s Democratic campaign for state House District 89, according to Florida Division of Elections reports. Bonfiglio took to Facebook on Tuesday to announce that his campaign has severed ties with Edmondson.

“Ms. Edmonson’s words do not reflect my views or the views of my campaign. She exhibited a severe lapse in judgment, to say the least. Although I count her as a friend, Pat is no longer associated with my campaign in any way,” he wrote.

Jupiter resident Cathy Yonkers emailed Palm Beach County commissioners asking them to remove Edmonson from office. However, Commissioner Paulette Burdick responded to Yonkers that she and her colleagues have no authority over Edmonson and only Gov. Rick Scott can remove her from office.