In early November, the 4th Combat Aviation Brigade, currently deployed to eastern Europe, was told by their commanding officer they... 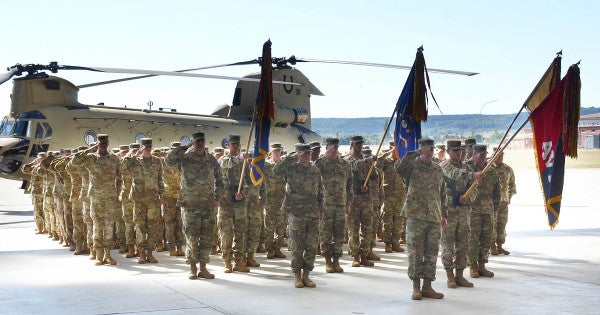 In early November, the 4th Combat Aviation Brigade, currently deployed to eastern Europe, was told by their commanding officer they were allowed to take leave for the holidays.

Then on Dec. 5, Col. Scott Galloway had to tell them, oh whoops, my bad. Higher didn't actually approve leave before I told you you could take it. And now more than two hundred soldiers are on the hook for travel costs.

The incident was first reported on the U.S. Army W.T.F.! moments Facebook page, which is run by current and former soldiers and often shares inside stories from the Army that are sent in from fans.

“We have asked for, and been given approval, to provide an opportunity leave window for Atlantic Resolve locations between 22 DEC and 2 JAN,” Galloway wrote in an email to his commanders, according to a screenshot provided by a U.S. Army W.T.F.! administrator.

“What does this mean? You can go home and spend Christmas and New Years with your families. You can bring your families to Europe and travel as well.”

A number of soldiers “quickly moved to submit their leave forms and made flight, rental car, and hotel reservations to beat holiday prices,” the page wrote, noting that, unbeknownst to the junior soldiers, the leadership of U.S. Army Europe hadn't formally approved leave for 4th CAB.

Col. Galloway “blamed 'mission requirements' on this reversal, but not the fact that he had failed to formally receive approval for holiday leave.”

In other words, the CO fucked up, and now everyone else had to pay.

“Unfortunately, many soldiers purchased tickets before the leave approval process was complete. The command is doing everything in its power to rectify the situation and ensure no Soldier has to pay out of pocket for incurred expenses due to unapproved leave.”

According to Clemons, there were about 250 soldiers in the unit who bought tickets home. She told Army Times that each of the CAB's battalions was assigned a refund coordinator to “ensure no soldier has to pay out of pocket.”

Perhaps there is one soldier who can pay out of pocket: Col. Scott Galloway, who makes nearly $11,000 per month in base pay alone.