“[Sergeant] is offering up the [private first class] for ritual sacrifice." 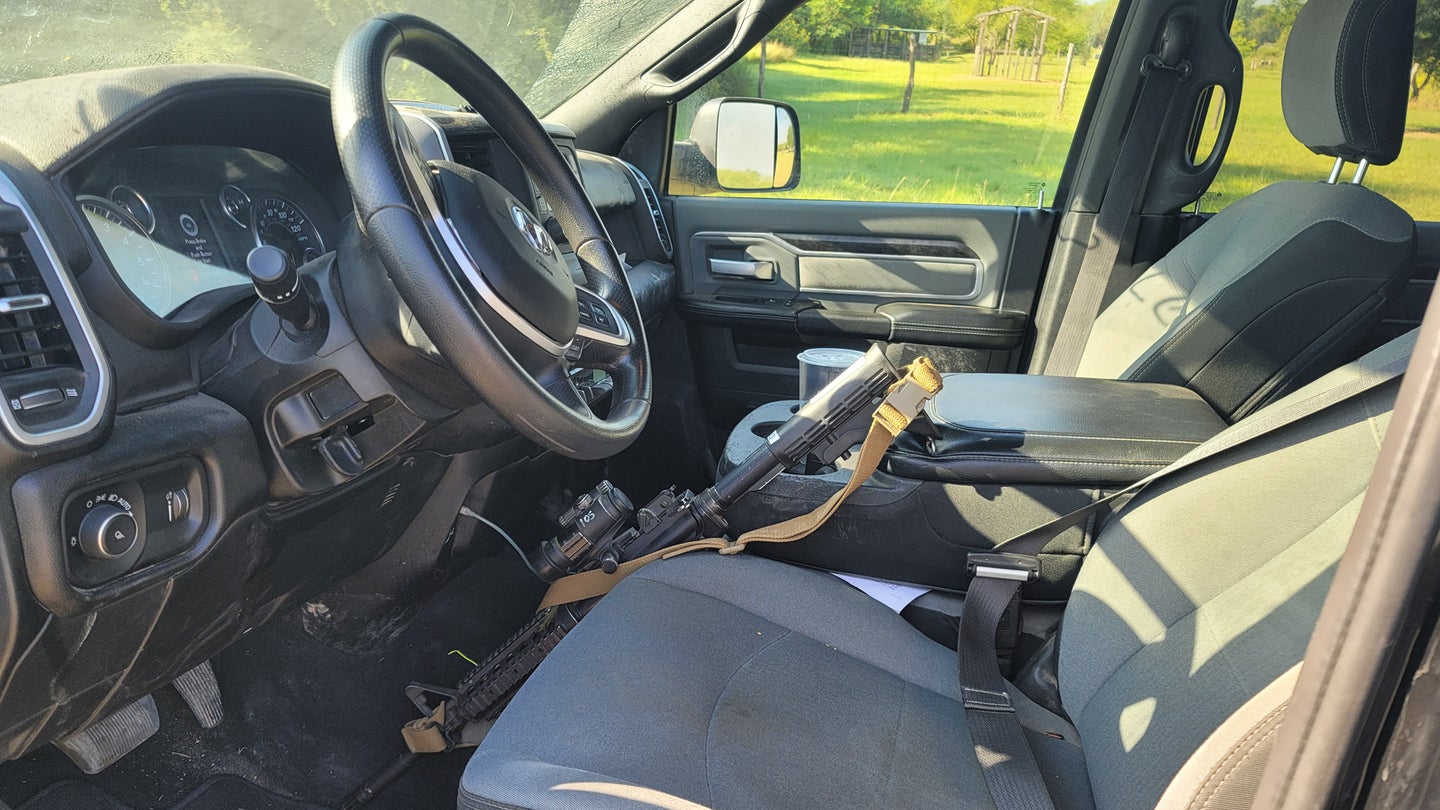 At least one soldier is likely having a terrible, horrible, no good, very bad week after leaving a loaded M4 rifle in an unlocked truck at the Texas-Mexico border.

The incident was shared on Twitter by Marianna Wright, whose Twitter profile says she is the executive director of the National Butterfly Center, a butterfly conservatory. Wright tweeted on Monday that she came across a “running & unlocked” Texas National Guard vehicle.

“Today, I got my hands on a fully automatic weapon thanks to the stupid, irresponsible #TexasNationalGuard #OperationLonestar who left their vehicle running & unlocked with guns inside on the side of the road,” Wright tweeted. “Guess the truck could’ve been mine, too.”

A few minutes later, Wright tweeted that she’d taken the weapon from the “abandoned, unlocked vehicle,” and secured it at the National Butterfly Center where the Guard “was able to reclaim it.”

“The idiots didn’t even realize it was missing when they returned to the truck,” Wright said. The Texas Military Department did not respond to a request for comment from Task & Purpose.

Wright told Military.com that she first saw the vehicle and four others in front of the butterfly conservatory. Multiple people “went by on bicycles and were jogging” past the trucks, she said. As she approached the five vehicles, one with soldiers in it drove away, Miilitary.com reported.  She then saw the truck with the loaded M4 inside. Wright said she “confiscated it and immediately called Border Patrol authorities” before they came and retrieved the rifle 45 minutes later.

“I think it’s irresponsible, reckless and a danger to public safety if that’s the way the National Guard is doing things,” Wright told Military.com. “If they cannot secure their weapons, how are they supposed to secure the border?”

The U.S.-Mexico border mission, called Operation Lone Star, has been rife with problems, misconduct, and suicides. Service members have experienced pay delays on a mission that they say doesn’t have a clear objective. The mission, which has been relentlessly supported by Texas Gov. Greg Abbott, has seen a series of leadership changes and in April reported that it was running out of cash after already costing more $2 billion a year, while it was originally slated to cost $412 million.

Wright told Military.com that the incident this week was far from the first time she’s encountered the Texas National Guard and that she has “constantly battled” them about “trespassing on her property and causing incidents.”

While the unofficial Army Reddit unsurprisingly had a field day with the news of the abandoned M4, others acknowledged that the soldiers on the border were really going through it.

“Man, I laugh because it’s funny and I know they’re gonna get crushed a bit. What they did was legit dangerous,” one person commented. “But with the way the border mission is already going and morale already being in the shitter down there, a small part of me feels bad for these dudes.”

“She meant to say she ‘tactically acquired it,’” another person said. “And now thanks to this dumbass there will be a safety brief and a whole powerpoint about it.”

A PowerPoint is likely the least of these soldiers’ concerns. Losing your rifle is a cardinal sin in the eyes of the military. If a weapon is misplaced or lost, you can bet you’ll be looking for it until someone finds it or your body becomes dust and returns to the earth from whence you came. Well, that or a larger investigation is launched.

Either way, as folks on Reddit pointed out, it was likely a very, very bad day for that soldier.

“[Sergeant] is offering up the [private first class] for ritual sacrifice,” one person said. “The [specailist] will carry out the sentence so big sarge has deniability.”