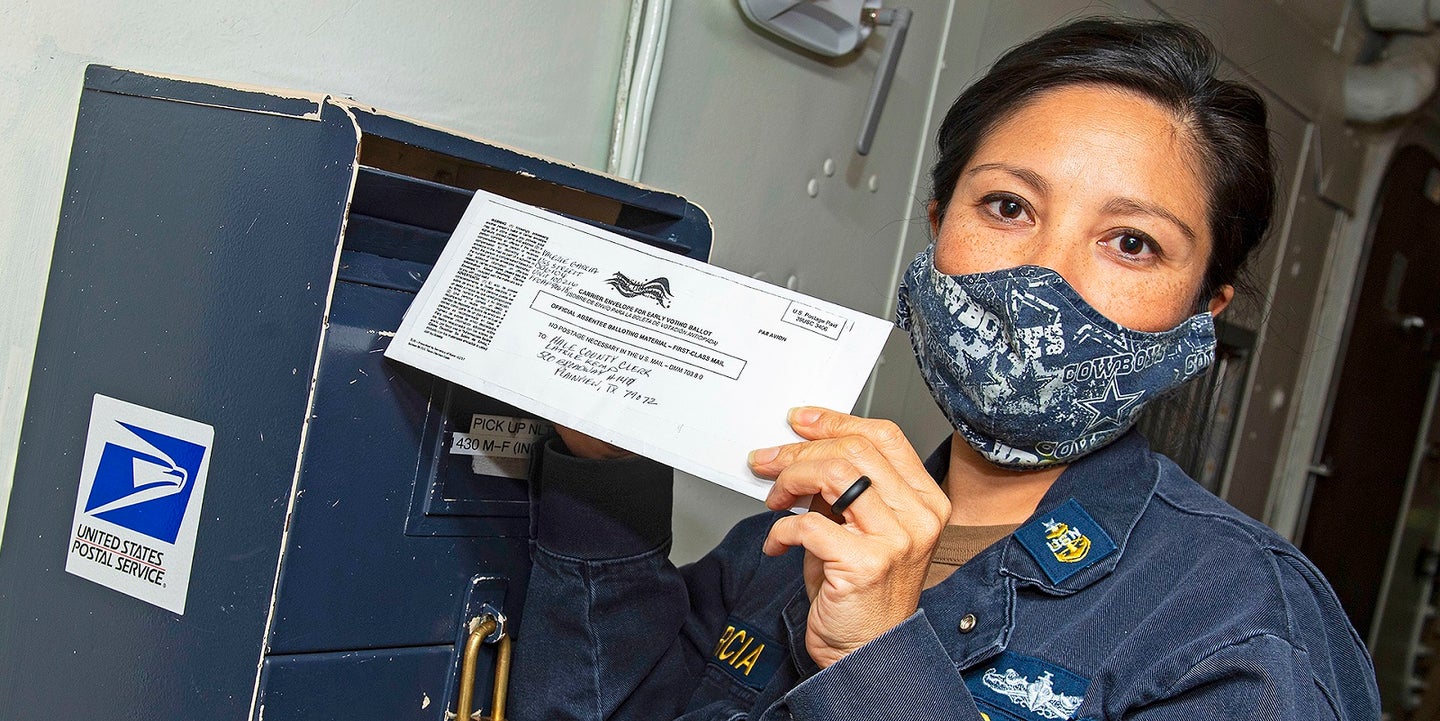 President Donald Trump’s re-election campaign is accusing voters who live on military bases of illegally casting their ballots in Nevada.

On Nov. 5, the Weir Law Group, which represents the Trump campaign, submitted a list to Attorney General William Barr of 3,062 people “who appear to have improperly cast mail ballots in the election,” according to a copy of the letter, which was posted on Twitter by Riley Snyder, a reporter with the Nevada Independent.

Snyder also tweeted a copy of the list, which shows addresses of voters who now live outside of Nevada.

However, the list of alleged fraudulent voters includes hundreds of overseas military post office boxes and more than 1,000 military bases or other locations where troops and their families live, according to Military.com reporter Patricia Kime.

Service members and military families can have homes of record that are different from their voting residences, according to the Federal Voting Assistance Program’s website.

“Your home of record is the place you lived when you entered the military,” the website says. “It does not change while you are on active duty. Your voting residence may be the same as your home of record but needs to be updated if and when you decide to establish a new state of legal residence.”

While service members and their families can establish residency each time they are transferred, “Your state of legal residence is not automatically changed when you are assigned to a new duty location,” the website says.

In other words, it is perfectly legal for troops and military families to cast absentee ballots in their home of record rather than the state in which they currently reside.

Even if the Trump campaign were to have the ballots cast by troops and military families thrown out, President-elect Joe Biden currently has a commanding lead of 35,453 votes over Trump in Nevada, according to the Nevada Secretary of State’s office.

But a Trump campaign spokesman did not respond to numerous requests for comment. Neither did the Justice Department or the Weir Law Group.

The Federal Voting Assistance Program also works to ensure that troops and military family members have the resources to vote from anywhere in the world, Lawrence said.

“The department defers to state and local jurisdictions regarding any issues involving allegations of fraud,” Lawrence said.

Related: Trump says voting by mail is bad. US troops do it all the time