‘Vets for Trump’ co-founder arrested in Philadelphia on weapons charges

"This alarming incident is still very much under investigation regarding additional charges," Krasner said. 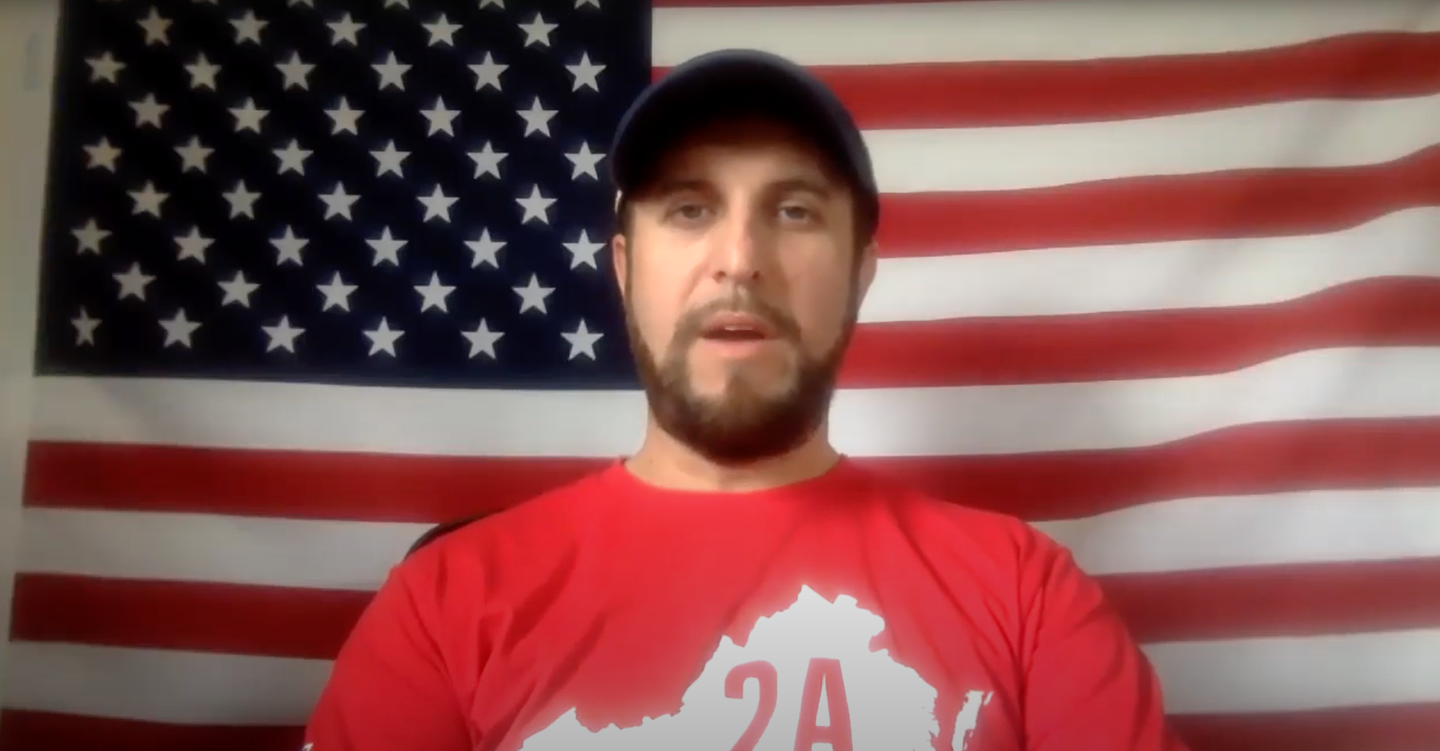 A co-founder and an ambassador for the Vets for Trump group were arrested Friday in Philadelphia on weapons charges, according to District Attorney Larry Krasner.

Joshua Macias, 42, and Anthony LaMotta, 61, both of Chesapeake, Virginia, were taken into custody by Philadelphia Police outside a polling place at the Convention Center on Friday night following a tip that “armed individuals in a silver Hummer were heading to Philadelphia, possibly for a reason related to the ongoing canvas of votes,” Krasner said in a statement.

Police spotted the Hummer SUV with Virginia license plates left unattended at around 10:20 p.m. and located the two men about seven minutes later, according to the Philadelphia Inquirer. Both men were arrested after being found armed with handguns. They had concealed carry permits from Virginia, which are not recognized under Pennsylvania law.

Y’all the qanon Hummer has a PPA ticket 🤣🤣🤣 pic.twitter.com/Oa7N5mQPKE

Investigators also found an AR-15 style rifle with hundreds of rounds of ammunition inside the vehicle.

The silver Hummer was flying an American flag and had stickers and a hat on the dashboard promoting the pro-Trump QAnon conspiracy movement, which believes the president is battling the “deep state” and a cabal of Democrats and billionaires who are Satan-worshipping pedophiles. A 2019 FBI intelligence bulletin described QAnon as a domestic terrorism threat.

The men were charged with carrying a concealed firearm without a license, a felony, and carrying a firearm on public streets or public property, a misdemeanor.

The QAnon Hummer is still parked near the Pa. Convention Center in Philly. And it has been decorated with a message from Gritty and a parking ticket. Remarkably, it has not been vandalized. pic.twitter.com/KYXQNKF2rw

“This alarming incident is still very much under investigation regarding additional charges,” Krasner said.

People who know the men arrested in Philadelphia defended them Friday, suggesting they drove there to look at the scene and did not mean any harm. Macias was a co-founder of the group Vets for Trump but left it several months ago to spend more time with his family, Vlad Lemets, the group’s chairman and executive director, said in an interview. Macias remained friendly with Lemets and others within the group, speaking to Lemets by phone Friday.

Macias and LaMotta went to Philadelphia intending to do surveillance and see what was going on, Lemets said. The woman in the car who was not arrested was Macias’s mother, he said. The men brought their guns because that is how they travel, Lemets said, adding that the pair believed they could legally carry their weapons and did not realize they would be violating local laws.

The arrest of the two men came as votes were still being counted in Pennsylvania, a key battleground state in the 2020 presidential election which was still too close to call on Friday evening. After days of vote-counting, the state went to Vice President Joe Biden on Saturday morning, giving him the 273 Electoral College votes needed to secure the presidency.

Macias co-founded the Vets for Trump group in 2016, a “grassroots MAGA movement” that claims to be the “largest vets for Trump resource online.” On Oct. 12, Macias posted about a QAnon conspiracy theory on his website alleging that Biden had orchestrated the murder of SEAL Team 6 to cover-up the “fake” death of Osama bin Laden in 2011, calling it the “best detailed analysis” he had seen.

LaMotta, who is listed as a Vets for Trump ambassador, is a dedicated QAnon promoter, according to The Daily Beast, which reviewed social media posts on Facebook and Twitter from the man that were described as featuring some of the darkest and most anti-Semitic ideals of the baseless ‘Q’ conspiracy.

“QAnon is a positive military operation that is working to take down the deep state,” Lamotta wrote on Facebook.