No, covering Trump was not like landing at Omaha Beach

I award you no points, and may God have mercy on your soul. 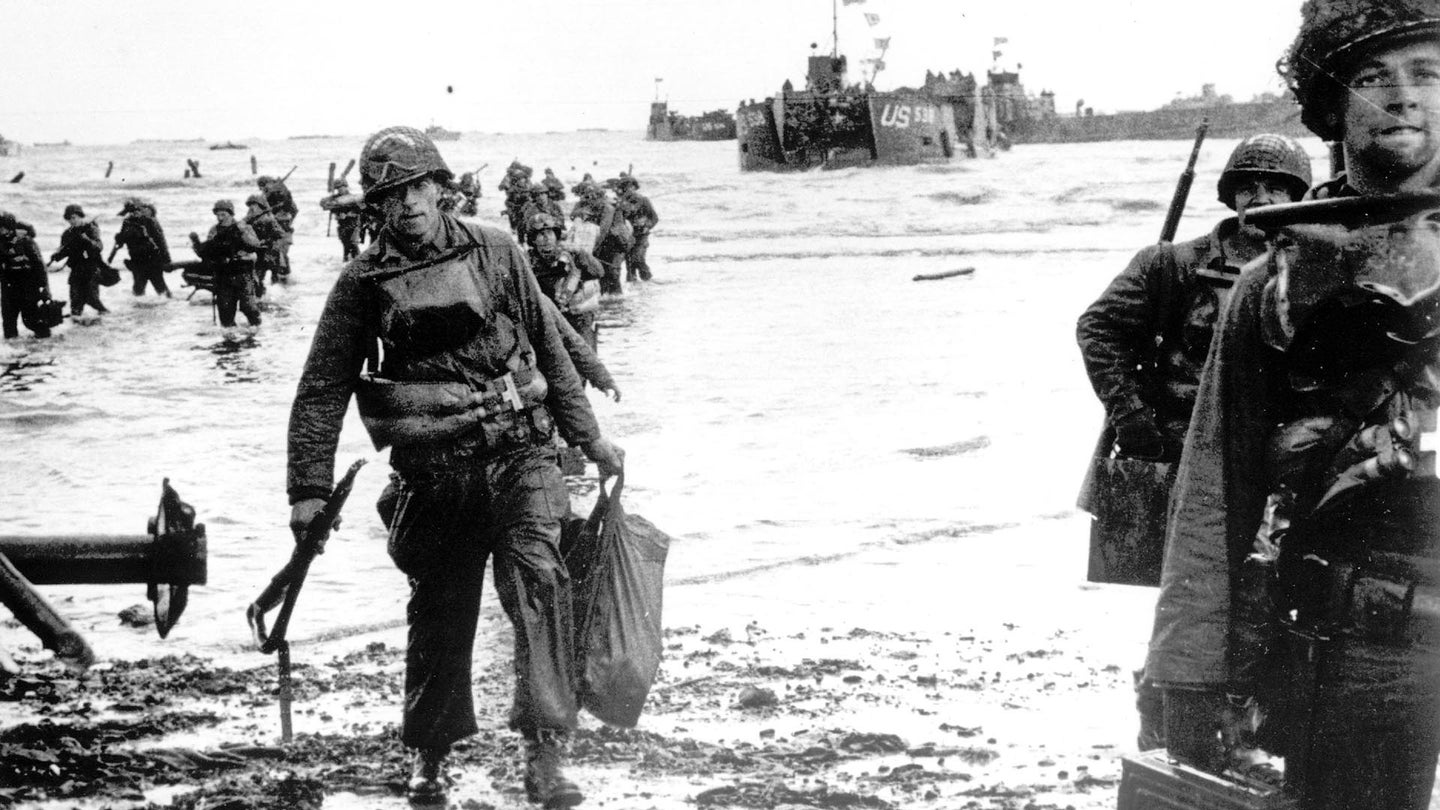 Carrying full equipment, American assault troops move onto a beachhead code-named Omaha Beach, on the northern coast of France on June 6, 1944, during the Allied invasion of the Normandy coast. (AP Photo).
SHARE

Beloved readers: I will never claim to be the best reporter in the world. In fact, I am about as far as one can get from “perfect.”

Would a rock star reporter realize minutes before interviewing President George W. Bush that his pants had split at the crotch, requiring him to put his coat in his lap during the interview to avoid a “Basic Instinct” moment? Of course not. It’s a rhetorical question. Forget I even mentioned it.

But even this miserable ink-stained wretch is allowed to call out a monumental bad take, such as when Alexander Nazaryan of Yahoo News compared reporting about former President Donald Trump to taking part in the D-Day landings.

“Covering the administration was thrilling for many journalists, in the way that I imagine storming Omaha Beach must have been for a 20-year-old fresh from the plains of Kansas,” Nazaryan wrote in a recent commentary for The Atlantic. “He hadn’t signed up for battle, but there he was, liberating France.”

For the reporters who hung on Trump’s every word and tweet, “This was our Omaha Beach,” Nazaryan wrote, adding that he would have rather been in Hawaii.

OK, let’s start with the fact that the American soldiers who landed at Omaha Beach were probably not thrilled to have to wade through deep water before crawling through one of the most perfect kill zones in the history of warfare.

The German machine guns had a hellish rate of fire of up to 20 rounds per second, and the defenders had the whole beach pre-sighted. When the movie “Saving Private Ryan” showed troops in the first wave being massacred before they could even get out of their Higgins boat, it was no exaggeration. It was one of the few times Hollywood has been honest about what modern weapons do to the human body.

Before I go any further, I have to add the caveat that I am not a grizzled combat reporter. In the two or three times I’ve heard gunfire while covering troops in Iraq, I never heard the “crack and thump,” so those bullets were not flying in my direction.

Yet in the years I have spent listening to troops talk about having to assault their way through kill zones in Iraq and Afghanistan, no one has described the experience as an adrenaline-filled thrill ride.

I reached out to Nazaryan via Twitter asking if he wanted to weigh in for this column. He did not reply and now I cannot send him any more direct messages.

Personally, I don’t blame him. Reporters frequently target their colleagues on Twitter because we live in an age when you gain credibility by tearing down someone else’s. It’s like we’re all characters in some 1980s soap opera having a massive catfight in Jack Dorsey’s outdoor pool and hot tub.

Indeed, Nazaryan’s Omaha Beach analogy drew pointed criticism from several reporters, who responded by tweeting: “Jesus wept,” and “Who’s the editor allowed this graf to be published?” and “I was kind of blocked on something I’m writing, it’s always invigorating to realize someone published something much worse.”

My criticism of Nazaryan’s comparison of the thrill of covering the Trump administration to landing at Omaha Beach is meant to be intellectual, not personal. In that spirit, I offer the following unsolicited advice to any journalists who want to compare their jobs to fighting in a war: Give it a rest.

First of all, we are not the story, as a good friend and colleague reminded me recently. Literally no one cares what we think. If you’re depressed because President Joe Biden does not make as much news as Trump, then take heart that the smallest violin in the world is playing for you somewhere.

Being deployed to war zones involves millions of miseries that most civilians will never understand, including being absent during family emergencies; constantly being exposed to toxic substances that can cause crippling diseases; and sharing  latrines with men who have simply forgotten their initial potty training. (Bro: Your aim wasn’t just off; it missed the target by miles.)

So, with all due respect to Mr. Nazaryan: If you really want to experience the thrill of taking an enemy beach, it’s not too late to join the Marines. They will give you all the crayons you could possibly eat.

Featured image: Carrying full equipment, American assault troops move onto a beachhead code-named Omaha Beach, on the northern coast of France on June 6, 1944, during the Allied invasion of the Normandy coast. (AP Photo.)