Retired Navy Adm. William McRaven resigned from the Pentagon's Defense Innovation Board four days after the publication of an op-ed... 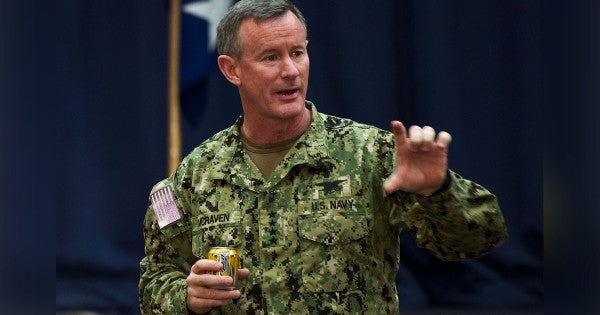 Retired Navy Adm. William McRaven resigned from the Pentagon's Defense Innovation Board four days after the publication of an op-ed he wrote criticizing President Donald Trump.

On Aug. 16, The Washington Post published an op-ed written by McRaven with the headline 'Revoke my security clearance, too, Mr. President' lambasting Trump.

In it, the former leader of U.S. Special Operations Command wrote in defense of former CIA Director John Brennan, who had his security clearance revoked by the Trump administration the previous day, that it would be “an honor if you would revoke my clearance as well, so I can add my name to the list of men and women who have spoken up against your presidency.”

“Your leadership, however, has shown little of these qualities,” he added. “Through your actions, you have embarrassed us in the eyes of our children, humiliated us on the world stage and, worst of all, divided us as a nation.”

Created in 2016 by former Defense Secretary Ash Carter, the DIB is comprised of various business, technology, and ex-military leaders, who offer recommendations and advice to senior Pentagon leaders “on innovative means to address future challenges,” according to its website.

McRaven's photo and biography were removed from the DIB website. Pentagon spokesman Lt. Col. Mike Andrews confirmed McRaven's resignation in a written statement, saying, “The Department appreciates his service and contribution on the board.”