My Worst Day: In Iraq, When The Approval To Fire Came 10 Seconds Too Late

Welcome to My Worst Day, a semi-frequent series of not-so-fond memories from our time in the U.S. armed forces. Submit your... 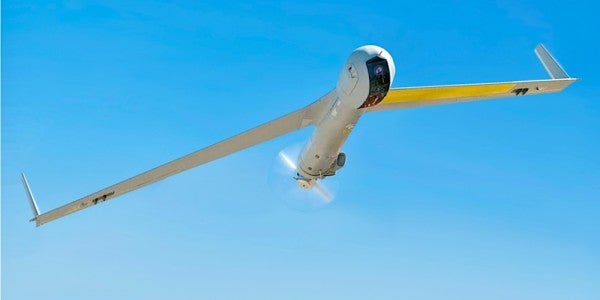 Welcome to My Worst Day, a semi-frequent series of not-so-fond memories from our time in the U.S. armed forces. Submit your story to editor@taskandpurpose.com with 'My Worst Day' in the subject line.

The incident described below is a recollection of when I was deployed as the Targeting and Collections OIC for Task Force Al Asad, an advise and assist team that was deployed to Iraq in 2016. I previously wrote it for a survey conducted by Lt Col. (Ret) Wayne Phelps, who is in the process of writing a book about the psychological effects of unmanned warfare and drone operations in general. The survey asked us to recall our “best” and “worst” days. I submitted this as my worst.

My worst day on the job was when we were seconds too late.

In May of 2016, the ISF launched a major offensive to take back the Euphrates River Valley from the Islamic State (OP Desert Lynx). The main force moved East and North from Al Asad and Baghdadi into what we called “the Dulab Peninsula” which is the most heavily populated section of the river between the towns of Hit in the South and Haditha to the North. Dulab was a stronghold for ISIS and a major river crossing for enemy troops and supplies. Cutting off Dulab would be the first step in re-taking Highway 12, and further isolating the large IS force located in Hit.

Dulab is, by virtue of its geography, an extremely defensible area. There are only two roads into town, and the surrounding area is difficult terrain for non-tracked vehicles. The ISF would be forced, both by terrain and by their tactics of remaining tied to wheeled vehicle support, to assault through prepared defenses along both major roadways, one of which required a long movement down a hill that was textbook perfect for a reverse-slope ambush, and another which ran below a series of hills covered in scrub, ideal cover and concealment for forces shooting down.

Our Task Force had recently turned over, and we were still learning our AO, relationships with the Iraqi Army, and our own command. We were less prepared for this operation than we should have been, and we learned a lot from it. We would carry the lessons learned in Dulab with us the rest of the deployment.

Preparatory and shaping fires were insufficient, as was a detailed analysis of the enemy's defensive plan. Likewise, overhead CAS and drone support was disorganized and unfocused. The people who paid for all of this were the Iraqis, who moved up both avenues of approach directly into the teeth of prepared defensive positions.

Both advances stalled almost immediately, with the ISF unable to move forward under heavy direct fire from RPG 7s, as well as medium and heavy machine guns. IS forces had canalized the approach by placing IEDs on either side of the road, so any attempt to get off the road to seek cover would be suicide. Furthermore, the approach itself was mined, and Iraqi SOP at the time had their lead vehicle as the engineering vehicle, which resulted in engineers being forced to conduct de-mining activities while exposed and under fire. Along the western approach, one MRAP full of engineers was heavily suppressed as it attempted to clear the advance.

Our ScanEagle had identified several of the enemy's firing points, and we were working on a strike on 5 fighters with RPGs and PKMs when a motorcycle arrived at their position, transporting an SPG-9 recoilless rifle. The strike was set up, we had 2 FA-18s overhead with GBU-31 (2000 Lb.) bombs circling. Approval was sitting one level above our command, at a “strike cell” in Baghdad, and that was what we were waiting on.

For what seemed like forever, we watched the fighter with the SPG-9 set up his weapon and line up his shot. The entire operations center was in an uproar, trying to figure out why approval was taking so long.

When I think back to the situation, I can still feel what it felt like in those moments before we got approval. There was a helpless rage that manifested itself in cramps in my forearms. I was gritting my teeth so tightly that the smaller, more rational part of me was concerned I might shatter one of them. I can remember the Task Force commander shouting at our operations officer, asking what the fuck was taking so long. I felt like I needed to fight, run, do something, anything.

We finally got approval. I've never seen a 9 line confirmed and lined up so fast. I believe, to this day, that our JTAC, “Dispatch”, is one of the absolute best JTACs alive.

Our best was too late.

On the ScanEagle feed, we watched the SPG-9 fire. On another screen, we had the feed from the Persistent Threat Detection System (PTDS), which is basically a blimp with cameras that hovers above our base. The fight was close enough that the PTDS could be used to track friendly force progress.

On the PTDS screen the lead vehicle, the engineer's MRAP, took a direct hit from the SPG-9 round. It was like a movie. Round leaves one screen, enters the other, direct hit.

We had nine more months in Iraq and the operations center was never again as quiet as it was after the MRAP got hit. The guys on the hill with the SPG-9 got less than ten seconds of celebration before the GBU-31 turned them into pink mist. Ten seconds too late.

Even though we killed those guys, and got to watch them completely disappear from existence, they can never be dead enough for me. Even thinking about it now fills me with the same helpless rage I felt almost two years ago. If I could, I would bring those ISIS guys back and kill them again, and again, and again.

Both advances failed. The ISF had to pull back, and we didn't end up re-taking Dulab for another five months. By that point we had taken back nearly the entire western half of the river, to include Hit, but Dulab remained, like a cancer. The second time we went after it we did more than 60 preparatory strikes and mapped out the defenses so well I could still draw them out on paper now, two years later.

We won that time.

Doug Wood currently works as a MAGTF Intelligence Officer for the USMC. He previously deployed with Task Force Al Asad as their Collections and Targeting OIC. All opinions, thoughts, and general feelings expressed are his own, and do not represent the USMC or U.S. Government.