My Son Was Killed In Iraq. I Found Closure With The Marines Who Were With Him When He Died

On the weekend of the 13th anniversary of my son’s death in combat in Iraq, I traveled across the continent... 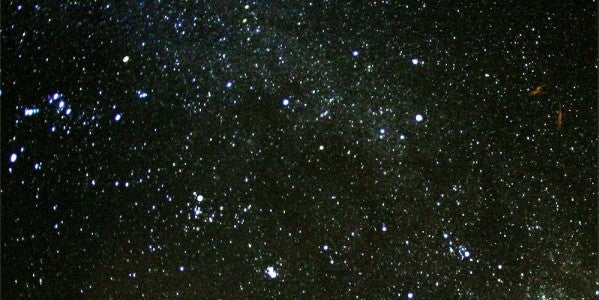 On the weekend of the 13th anniversary of my son’s death in combat in Iraq, I traveled across the continent to be with his team of Marines and Corpsmen who were with him that fateful Friday morning.

I arrived late in the evening at a California airport and suffered through the inevitable rap of the rental car desk clerk trying to sell me his expensive refill gas and to upgrade my choice of wheels. I’ve traveled the route to the home of one of my son’s buddies numerous times over the years, I didn’t need the map to guide my way. I just needed speed to be able open that first beer with the brothers in arms.

I found them around the firepit, already well into juiced stories and heavy laughter. I was greeted as one of their own, a member of their very close tribe, albeit I’m a substitute for a lost brother.

The weekend progressed as it has been done numerous times before, but never with boredom or repetition. At least one of the aging warriors finds a renewed liking of too much whiskey and pays the price the next day. Others tell constant old stories with different viewpoints; the punch lines are known, but the buildup still causes insane laughter. The only complaints I heard over the course of the reunion was that jaws ached from guffaw-algia.

I’m the Gold Star Father in the group, but also a former Marine too. The fact of my Marine Officer status has had no bearing on my acceptance. I’m their lost buddy’s dad and I’ve always treated those guys with the respect they are due. They all risked their lives to save him. They call me by my first name and occasionally “Sir”, but “Sir” is standard to these Marines and as omnipresent as the noun-verb-adjective-adverb universally necessary word, “fuck.”

“I’ve traveled the route to the home of one of my son’s buddies numerous times over the years, I didn’t need the map to guide my way”

I’ve lost many close relatives over the past 13 years including both parents, my nearest in age brother, and my wife. My grief is compounded and confusing. I attempt not to assign degrees of loss, except that my son’s disappearance from our lives over these years has had the most impact on me.

I subconsciously, and actively, search for traditional signs from heaven such as Monarch butterflies and cardinals swooping by. On the anniversary of his death, Orion is clear in the sky in the northern hemisphere and the Orionid meteor shower peaks.

I’ve had trouble sleeping for years. I view Orion at night and again early the next morning before dawn. Even with changing three time zones to be at my annual place of rejuvenation, I found myself up at 0400, staring at the constellation waiting for meteors. I saw none.

As I was about to quit and go refresh my coffee, a silly elixir for too much beer mere hours ago, I spotted a satellite with the same trajectory as one of the 7.62 x 39mm rounds that pierced my son’s body through and through. I was shocked and pissed that my sign from heaven that I had hoped to gin-up was a damn reminder of the event as to why I found myself in Cali.

But I came to realize that the real signs of my son’s continuous presence are actually in the brothers’ laughter, the nonstop jokes, and the barbs easily thrown at each other. These guys are Marines who suffered through months of training, SNCO and officer crap, and bitter combat. My search was complete; the sign from beyond was that the brotherhood remained so tight. No spouse or occupation or school assignment deadlines or any other distraction can break it.

This short time together once a year was their highlight. I am honored to be a small part of it.