"In his final moments on earth, Travis did not run." 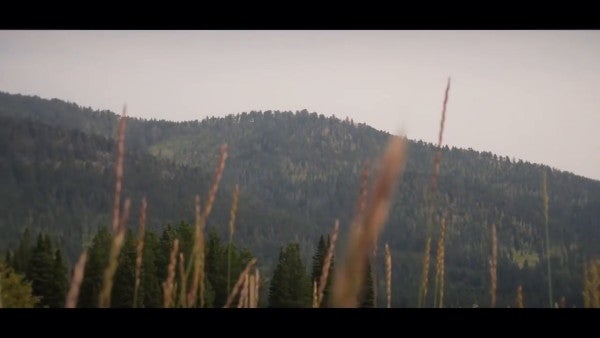 Atkins' son Trevor Oliver, who was 11 years old at the time of his father's death, accepted the honor on his father's behalf. He was joined by Atkins' mother and father, Elaine and Jack Atkins, and Atkins' sister Jennifer.

Atkins was killed in Iraq in June 2007, after tackling a suicide bomber to the ground in order to shield his fellow soldiers from the blast.

“In his final moments on earth, Travis did not run, he didn't know what it was to run,” Trump said. “He did not hesitate, he rose to the highest calling, he laid down his life to save the lives of his fellow warriors. In so doing, he embodied the deepest meaning of the the motto of the 10th Mountain Division.”

The three soldiers that Atkins saved that day, as well as more than 50 soldiers from the 10th Mountain Division and five other Medal of Honor recipients, were also present for the ceremony.

“Everything you have said to me over the last few days has meant the world to me, and it changes my life,” Oliver said, addressing the soldiers of the 10th Mountain Division. “The medal is something that I take a lot of pride in, but it's the words that are the real prize, and what really means the most to me. When it comes to my dad, he always had the funniest stories about you guys … I feel so close with you and to him, every story that I get to hear, and I'm glad that you got to enjoy his love.”

Joining us to accept the Congressional Medal of Honor on behalf of Travis is his son, Trevor. Thank you very much, Trevor.

We're also grateful to be joined by Travis's parents, his mother Elaine, as well as his father Jack, who served as an Army paratrooper in the Vietnam War. Thank you. Thank you very much. Thank you. (Applause.)

To the entire Atkins family: We can never measure the true depth of our gratitude or the full magnitude of your loss, but we can pay everlasting tribute to Staff Sergeant Travis Atkins — his truly immortal act of valor. It was indeed. Thank you.

We're also joined for today's ceremony by Acting Deputy Secretary of Defense David Norquist. Thank you, David. Chairman of the Joint Chiefs of Staff — somebody who is doing a fantastic job — General Joseph Dunford. Thank you, General. Thank you, Joe. Vice Chairman of the Joint Chiefs of Staff, General Paul Selva. Paul, thank you. Secretary of the Army, Mark Esper. Mark — thank you, Mark. Army Chief of Staff, General Mark Milley. Thank you, General. Thanks, Mark. Chief of the National Guard Bureau, General Joseph Lengyel. And Sergeant Major of the Army, Daniel Dailey. Thank you. Thank you all. Thank you very much. Great people. They're doing an incredible job. I have to say that.

Thank you as well to Senators Steve Daines and Jon Tester. Thank you. Thank you. Jon, thank you. And Representatives Jim Banks, Greg Gianforte, Elise Stefanik, Pete Stauber, and Michael Waltz. Thank you all. Thank you, fellas. Thank you. (Applause.)

And, finally, we are privileged to be in the presence of five previous Medal of Honor recipients: Ty Carter, Harvey Barnum, William Swenson, Ronald Shurer, and Brian Thacker. Thank you very much. (Applause.) Brave people. Thank you.

Today, the name of Staff Sergeant Travis Atkins will be etched alongside of the names of America's bravest warriors and written forever into America's heart.

After Travis graduated high school, he worked as a painter and mechanic before he joined the Army at the age of 24. In March of 2001, his parents went to his basic training graduation ceremony at Fort Benning, Georgia. When they reunited with their son, he told them, “This basic training was the best time I've ever had in my life.” In other words, he loved it. (Laughter.)

Travis quickly excelled in the Army. He was offered a number of different assignments, but always he chose the infantry. He loved the infantry. That's where he wanted to be, defending freedom on the frontiers with his fellow foot soldiers, and they were all his great friends.

In 2003, Travis served on his first deployment in Iraq with the historic 101st Airborne Division and participated in Operation Iraqi Freedom.

After he completed the harrowing deployment, Travis returned to civilian life. But not for long. The fact is he was bored. You know that. He was very bored. He wanted back in. As his mother Elaine has said, Travis “loved the Army and he loved everything about being with the troops.” He just loved it.

In 2005, he re-enlisted and joined the legendary 10th Mountain Division, based at Fort Drum, New York, where he [I] was honored to visit last year.

In August of 2006, Travis left his second deployment to Iraq. He was stationed in a hotbed of terror and terrorist activity known as the “Triangle of Death.” Not a good place.

On the morning of June 1st, 2007, in a town outside of Baghdad, Travis and his three-man squad received a report that several suspected terrorists were walking toward an intersection nearby. Nothing good was going to happen. They all knew it.

Travis directed his squad immediately to the location. When they arrived, he got out of the Humvee and walked toward the two suspicious men. And he knew right from the beginning.

As Travis began to search one of the insurgents, the man resisted and became totally violent. Travis engaged him in hand-to-hand combat. As Travis wrestled to get the enemy's hands behind his back, the man began to reach for something, and Travis knew what it was. He realized the man was wearing a suicide vest.

Just as the terrorist was about to set off the deadly explosives, Travis wrapped his arms and his entire body around him and threw him to the ground, away from his troops, who were right next to him. He put himself on the top of the enemy and he shielded his men from certain death. The terrorist detonated his suicide vest and Travis was instantly killed.

In his final moments on Earth, Travis did not run. He didn't know what it was to run. He did not hesitate. He rose to the highest calling. He laid down his life to save the lives of his fellow warriors.

In so doing, he embodied the deepest meaning of the motto of the 10th Mountain Division: He “climbed to glory.” Now Travis is looking down from above on all of us — on all of his fellow warriors, on his great family — wrapped in glory, the loving glory of Almighty God.

Today, we are privileged also to be joined by more than 50 soldiers from the 10th Mountain Division, including those who served alongside Travis — knew he was brave from day one. They really loved him. They wanted to be here. Would you please stand? (Applause.) Thank you very much. Thank you for being here.

Your lives of service do honor to our country, to Army values, and your fallen brothers-in-arms like Staff Sergeant Travis Atkins. And he's looking down. He loves you all.

Just a few days before that June morning when Travis left on his last mission, he called his son Trevor to wish him a very, very special eleventh birthday. Trevor didn't know that he would speak to his dad for the last time.

But in the 12 years since, he's always known that his father gave his life for our nation and for our freedom. He knew that his father was a hero right from the beginning, long before today. Trevor has said that he wants our nation to remember his dad as “the best father and best soldier that anyone could ask for.”

Your father's courage and sacrifice will live for all time. And every time we see our stars and stripes waving in the sky, we will thank our great Travis and we will think of every American hero who gave their last breath to defend our liberty, and our homeland, and our people, and our great American flag.

Now, I'd like to ask the military aide to read the citation. And I would also like, perhaps, in honor of your father, perhaps you could say just a few words. Would you like that? Please.

TREVOR OLIVER: Thank you, everyone, for being here, first off. It's an absolute honor to have every single one of you here. It's something that I can't really put into words. It's something that's surreal. And I still — I still haven't fully accepted it yet.

So, just all over appreciation for his men. Everything you have said to me over the last few days has meant the world to me, and it changes my life every, every day.

That's — the medal is something that I take very — a lot of pride in, but it's the words that are the real prize and what really means the most to me.

And, when it comes to my dad, he always had the funniest stories about you guys. And seeing you guys throughout — I was a young kid, but he let me know. (Laughter.)

And — no, I just — I feel so close with you and to him every — every story I get to hear. And I'm just — I'm glad that you got to enjoy his love and his energy. Thank you.

THE PRESIDENT: Beautiful. Thank you.

SEE NEXT: 'He Loved Us' — Fellow Soldiers Reflect On Staff Sgt. Travis Atkins, The Army's Latest Medal Of Honor Hero