"I said we're going to give you a new nickname, because 'Chaos' is not a good nickname." 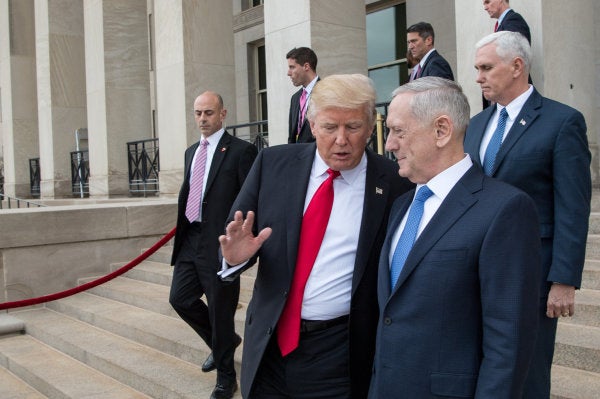 In 2004, a staff writer at The Los Angeles Times named Tony Perry wrote that troops serving in Iraq under then-Maj. Gen. James Mattis were calling him “Mad Dog Mattis” behind his back.

Roughly 15 years later, in March 2019, Big Brother said that he gave Mattis a “new nickname,” since Chaos was not good enough.

“Just like I did with Mattis,” President Donald Trump said to a crowd at the Conservative Political Action Conference. “I said we're going to give you a new nickname, because 'Chaos' is not a good nickname. So we changed it to 'Mad Dog.'”

“But Mad Dog wasn't working too well,” he added.

Trump goes on a long and bizarre rant about his trip to Iraq pic.twitter.com/H9JRbmlYQL

Trump's comments during the two minutes hate on Saturday came a few months after he said he fired Mattis as secretary of defense, despite Mattis' resignation. Mattis also told the Senate during his Jan. 2017 confirmation hearing that he got the “Mad Dog” nickname from the press, which clearly he has never been a fan of.

These errors in understandingwere later corrected at The Ministry of Truth, as was the earlier and false reporting that Mattis got the nickname in 2004.

All of these untrue reports have been sent down the memory hole so as to align with the 9,014 pronouncements of our leader, President Trump, who is doubleplusgood.