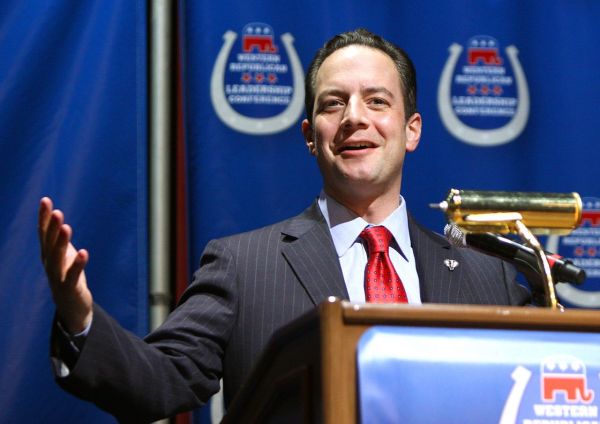 The 46-year-old former Trump administration staffer cited his sister's service as a Navy doctor and his being in a meeting with the president and the family of fallen SEAL Senior Chief William “Ryan” Owens as his reasons for wanting to serve, according to a letter he submitted to the Navy.

The board “professionally recommended” Preibus receive a direct commission as a human resources officer, The Post reported. In a letter to the board, Mattis said the former Republican National Committee Chairman was an “ideal fit” to be commissioned.

Politico reported in July that Preibus was spotted speaking with recruiters at Andrews Air Force Base about joining the Navy Reserve, and said he was considering jobs in intelligence, human resources, or the judge advocate general corps.

If he accepts the Navy selection, he'll need to attend the two-week Navy's Direct Commission Officer Indoctrination Course in Newport, Rhode Island within a year of his commissioning.

“The Human Resource Officer community recently selected Reince Priebus as a direct commission candidate,” Cmdr.Jereal Dorsey told Task & Purpose in an email. “Like other applicants, he is currently moving towards earning a commission as an Ensign in the United States Navy Reserves.”

Priebus only lasted six months as Trump's Chief of Staff before being replaced by retired Marine Gen. John Kelly, who the president is also currently seeking to replace. “Take everything you’ve heard and multiply it by 50,” Priebus told author Chris Whipple of his tumultuous time in the White House, for his book on chiefs of staff, “The Gatekeepers,” according to Politico.