A civilian court is going to do what the Army could not: prosecute a retired general officer for the alleged... 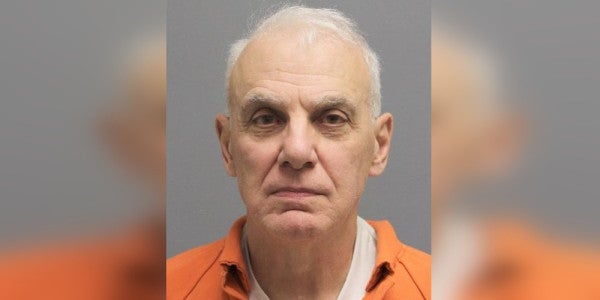 A civilian court is going to do what the Army could not: prosecute a retired general officer for the alleged rape of a young girl.

Retired Army Maj. Gen. James J. Grazioplene has been charged with three counts of incest and three counts of rape, said Paul Ebert, commonwealth's attorney for Prince William County, Virginia. Grazioplene is due in court on Dec. 21 and has not yet entered a plea, Ebert told Task & Purpose on Monday.

The 69-year-old former two-star Army general was arrested at his home on Dec. 7, the same day he was indicted by a grand jury in connection with a sexual assault investigation that began in August, a Prince William County Police news release says.

The alleged victim is a girl who was between 16 and 17 years old at the time the incidents allegedly took place between August 1987 and May 1988, the news release says.

Grazioplene’s attorney Thomas Pavlinic could not be reached for comment.

The Washington Post first reported on Monday that Grazioplene had been charged in Prince William County Circuit Court after the Army’s attempt to prosecute him failed following a ruling by the U.S. Court of Appeals for the Armed Forces in February that rape charges have a five-year statute of limitations.

Unlike the military, Virginia does not have a statute of limitations for the charges that Grazioplene faces, Ebert said.

An Army spokesman declined to comment about Grazioplene being charged in civilian court. “It would be inappropriate for the Army to comment on this case given the pending legal act,” Lt. Col. Emanuel Ortiz told Task & Purpose on Monday.

The reason why the Army could not court-martial Grazioplene is that in the 1980s, Congress passed a law that eliminated the statute of limitations for offenses punishable by death under the Uniform Code of Military Justice – which included rape at that time – but the legislation failed to specify what those crimes were, said retired Air Force Col. Don Christensen president of Protect Our Defenders.

The poor wording led to the U.S. Court of Appeals for the Armed Forces to decide in February that because rape was not named in the law, it in fact had a five-year statute of limitations, said Christensen, a former Air Force prosecutor.

Christensen faulted the military for not correcting imprecise language in the UCMJ that allowed the appeals court to up-end Congress’ intent on the statute of limitations.

“We’ve had other people who have already been convicted had their cases overturned because of these statute of limitations issues,” Christensen said. “We’ve other cases like the general’s that were going to trial that had the charges thrown out. He’s not the only one. There have been convicted rapists set free, and then there are other cases pending trial that have resulted in the charges being dismissed.”