The Air Force stripped a retired four-star general of two ranks and cut $60,000 from his annual pension after it... 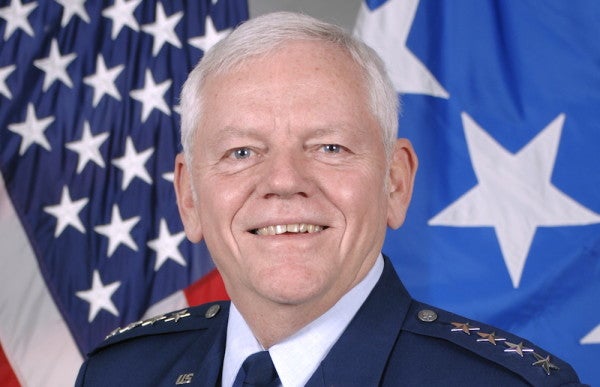 The Air Force stripped a retired four-star general of two ranks and cut $60,000 from his annual pension after it discovered he had coerced a subordinate officer into having sex with him.

Gen. Arthur Lichte, who led the Air Mobility Command until 2009, is the latest in a string of high-ranking officers to be charged with sexual misconduct in recent years. He allegedly forced relations with a female colonel on three occasions between 2007 and 2009.

He admitted to having sex with her, but claimed that their relationship was consensual.

“My client did not commit a sexual assault and vehemently denies the unsworn allegations made against him regarding consensual events that happened over eight years ago,” Lichte's attorney Larry Youngner wrote in a statement.

The Air Force, after an investigation, determined that the female officer in question had in fact been put in a compromising position.

Then-Air Force Secretary Deborah Lee James was appalled by Lichte’s behavior, and wrote in a letter on Dec. 6, 2016, “You are hereby reprimanded! Your conduct is disgraceful and, but for the statute of limitations bar to prosecution, would be more appropriately addressed through the Uniform Code of Military Justice.”

The statute of limitations is five years, so Lichte is not eligible to be court-martialed as the last encounter occurred in 2009. However, the USAF was able to undertake this administrative punishment.