The Sinclair Case And What It Means For Military Justice

The end result of one of the latest sexual assault scandals to hit the Army came during a tumultuous time... 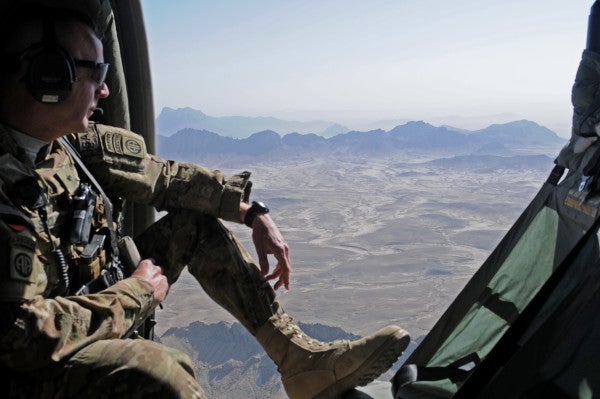 The end result of one of the latest sexual assault scandals to hit the Army came during a tumultuous time for the military as lawmakers on Capitol Hill pushed for military legal reforms and the latest Pentagon study revealed a sharp increase in sexual assaults. The hard-liners in Washington who wanted to see Brig. Gen. Jeffrey Sinclair go to prison did not win and neither did the victim, as the sexual assault charges were dropped for a plea deal, which resulted in his demotion to lieutenant colonel with full retirement benefits. He also has to pay a $20,000 fine. While Sinclair pled guilty to adultery and numerous other lesser chargers that left him without facing jail time, the accuser — a female captain he served with in Afghanistan — still sleeps with a gun under her pillow and testified she “has a hard time feeling safe.”

The difficulty in charging the former general with sexual assault seems to be linked to the questionable facts surrounding the case and the credibility of the accuser who reportedly lied about an iPhone containing evidence. What is certain, however, is that Sinclair was notorious in his unit for soliciting young female officers for naked pictures of themselves, having affairs with subordinates, and using his rank and clout to manipulate them. The accuser said, what started as a consensual affair while deployed, quickly turned into a nightmare that resulted in Sinclair threatening her life and twice forcing her to perform oral sex. After the trial finally ended, there was an outcry that Sinclair got off the hook because he was a general and an enlisted soldier would have faced jail time. It’s also disturbing that the sexual assault charges were so easily dropped, even while the accused relentlessly stuck to her story for two years as the process dragged out. What seems to have derailed justice even more than the questionable circumstances, the missing iPhone, or the nature of how their relationship began, was the political atmosphere surrounding the case. Attorneys were worried Sinclair was not going to get a fair trial because of the political pressure to make the general an example since sexual assaults in the military have been a major concern for policymakers in recent months.

What the Sinclair case teaches us though is that little has changed in military justice. The same day Sinclair took his plea deal, March 20, Naval Academy Midshipman Joshua Tate was also found not guilty of raping a fellow female midshipman at a 2012 party. These two cases coming at the back end of a much-anticipated Pentagon study highlights a disturbing trend in our military: these things happen a lot, and few go to trial. Out of over 5,000 cases reported last year, only 484 went to trial. Sexual assaults in the military are not just male-against-female crimes either; men find themselves victims of sexual assault too, although it is speculated the percentage is still lower than females because men fear the stigma around reporting even more so than women.

Should Sinclair have been hung out to dry as an example of Obama’s zero-tolerance policy? No one should be at risk for being found guilty due to political pressure alone, but Sinclair’s case is not the only one of its kind, nor is it going to be the last. I don’t think he deserved life in prison, especially with the credibility of the accuser in question, but he sure didn’t deserve the opposite, which is a slap on the wrist and a nice pension at the tune of $8,313 per month.

The accuser’s mother testified that she had never seen her daughter so distraught, untrusting, and fearful, noting that when she went to visit her, she slept on the couch and had bought a large Doberman. These are not signs of a romantic affair that ended due to one party not leaving his spouse, but of a relationship of abuse and manipulation. The accuser’s attorney, Jaime Barnett called the case a “miscarriage of justice.”

The bottom line: I don’t think the Army was ready to put a general in prison over a relationship that began as consensual and resulted in threats. It’s messy and it’s a black eye on the Pentagon, better to let the general walk with a hit to his wallet. He was a war hero after all. But what the military should be focusing on is how its very structure allows for these types of scandals to occur in the first place, and why victims don’t feel safe coming forward. There are those out there who will see this case and think, “Why bother?” about their own circumstances. That is what the military must fix.