By January 2016, all jobs traditionally closed to women within the military must be open, including the infantry and Special... 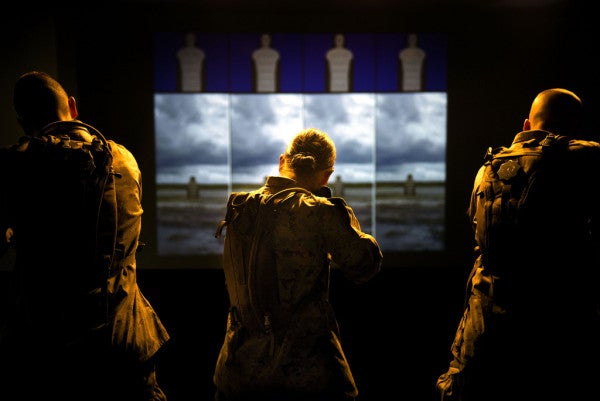 By January 2016, all jobs traditionally closed to women within the military must be open, including the infantry and Special Forces. There is still the possibility that some will remain closed if research and trials find women unfit for assignment in those jobs based on gender-neutral standards that the services are still developing. The Marine Corps will test a 460-person trial unit, made up of 25% women in order to see if they can hack advanced infantry training alongside male infantrymen, as if they were getting deployed. The Army recently saw its first female artillery soldiers and over 50 women have passed the enlisted Marine Corps infantry course to date, not to mention the thousands of female combat veterans coming home. The fight for the right to fight should be over at this point, but we’re still discussing things like critical mass (what percentage of a unit should be women?) and physical standards. Instead, these seem to be proxy issues for a much more systemic one, that of culture.

In 2006, I was a private in the Army, sitting in a humid Fort Leonard Wood classroom with a hundred other future military police destined to go “down range” when my drill sergeant posed the question to us: “Do you think America is ready to send her daughters to war?” I think most everyone thought that question had already been answered with a resounding yes. But, I don’t think she was asking whether women could be in combat. Instead she was asking, would America and specifically, the American military, accept women as warriors and purposefully send them into combat? That is a different question. That question points to the deep anxiety about changing a well-established cultural paradigm.

Physical standards and the “toughness” needed to be a soldier have always been brought up as reasons to exclude women from combat arms. Women have largely debunked this fallacy. No, not a large number of women, but women only make up 15% of the armed forces and less than 7% of the Marine Corps, the bastion of warriorhood. So why would we expect a large quantity of women to suddenly join the infantry? The fact is, women have passed the Army’s grueling Sapper School, women have proven themselves tough enough for the Marine Corps’ enlisted infantry course, and women have endured actual combat in America’s most recent wars. War after all, is the great equalizer. Physically, yes, women can do it. Will all women who want to be in the infantry be able to pass the training? No, and neither will all men. Rather, women’s inclusion is not a matter of push-ups, but a matter of opening a previously closed-off society.

The military is generally not subject to civilian values because its members have to be able to fight wars, the most violent action of humanity. It subscribes to the warrior ethos in order to carry out that mission, an ethos I took seriously and still do. However, this “warriorism” is often coupled with hyper-masculinity, which is demonstrated most often in this nation’s infantry. The infantry can even be seen as a culture within the armed forces. If the military is separate from the civilian world, the infantry sees itself separate from other military branches. The only soldier tougher and more masculine is the special operator.

Bringing women into this culture is seen as a threat to that brotherhood, not all that different from the threat African Americans once seemingly posed as well as homosexuals. Therefore, the military has framed the issue as one of combat effectiveness and that women will bring something integral to the table, making integration necessary if we want to continue to win wars. And while women have been shown to be critical in Iraq and Afghanistan, by serving in Female Engagement Teams or searching and interacting with women — something male soldiers cannot culturally do — we should be careful in seeing their inclusion into the infantry as bringing “distinct skills.” What happens when America needs to fight a conventional war? Will women cease to be effective? Women are not force multipliers. Diversity is. Each soldier has his or her own unique skills that they bring to the mission, not necessarily because they are male or female. A cultural shift will only begin when women cease to be looked upon as second-rate soldiers, which can only happen with exemplary leadership and zero-tolerance policies against bias and discrimination. In fact, our military as a whole could benefit from this, not just the infantry.

What will women bring to the infantry? Themselves. Each one should be assessed based on her skills as a soldier and allowed to do the job that she is qualified to do. The issue will be in changing the minds of the infantrymen, and that can only happen with sound leadership and equal standards.

fight for the right
Infantry
Tessa poppe
women in military