As a graduate of Ranger School and someone who has spent a fair amount of time leading infantrymen in combat,... 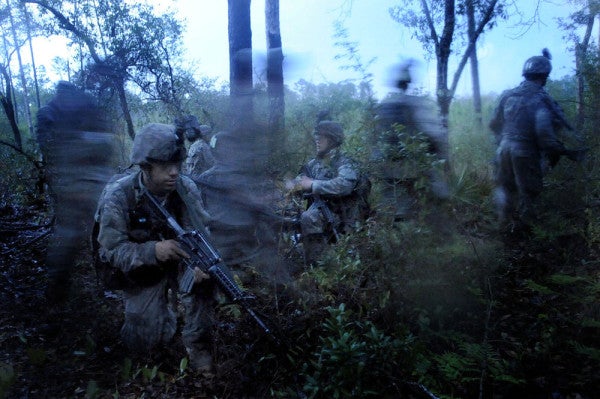 As a graduate of Ranger School and someone who has spent a fair amount of time leading infantrymen in combat, I find it heartening that the Army appears willing to entertain the notion of allowing women to attempt Ranger School through a one-time assessment early next year, so long as they can meet the same physical standards and prerequisites as their male counterparts. This announcement was made on Friday, Sept. 12, as part of the Army’s effort to assess how and when to open up combat arms military occupational specialties to women. A final decision will not be made until January about whether to move ahead with the assessment.

If the Army decides to move forward, it will represent a shift away from what former Capt. Ashley Nicolas calls “the bigotry of low standards,” which for servicewomen in the Army mean, “Low bars for performance are set, minimum performance is expected and anything exceeding the minimum is viewed as exemplary.” For too long, a culture where women are seen as unequal to men has been perpetuated by assumptions that women are not physically or mentally strong enough to lead in combat.

However, the simple truth is that Ranger School produces, without fail, exceptional leaders, so long as they adhere to the Ranger creed and the lessons learned over those 62 days. Internalization of the Ranger creed, and the confidence that comes with enduring and succeeding in some of the most adverse conditions imaginable, creates leaders who can see organizations through the toughest of times. Therefore, it makes sense that Ranger School should lead the way in changing military perceptions of servicewomen and their abilities.

For many in the combat arms community, one major issue has been ensuring that the standards required to attain the Ranger tab are not dropped. Combat doesn’t discriminate based on sex, so ensuring the Army has leaders trained to the same high standard is essential. It’s important to note that under the Army’s proposed plan, women volunteers will have to attend Fort Benning’s Ranger Training and Assessment Course run by the National Guard. Every man I’ve spoken with who has attended this course found it to be extraordinarily challenging — often harder than Ranger School itself — and believe it was instrumental in their success in Ranger School. Women volunteers will also have to meet the same physical fitness test scores as their male counterparts (on the 17-to-21-year-old age scale) and will be required to complete all other physical qualifications and prerequisites. This requirement to meet the same physical standards should silence many critics.

Some may argue that these women volunteers are not being set up for success because they do not have enough time to prepare for Ranger School. However, I would counter since the earliest opening of a Ranger class will be in spring 2015, there is more than ample time to prepare physically to meet what are widely known physical standards required of Ranger students.

While much of this debate centers on the issue of equal physical standards, what gets lost is the fact that Ranger School doesn’t truly begin until after the Benning phase. It is not until students are three weeks or so into the course that the mountains of the Tennessee Valley Divide of Northern Georgia, start to impart the lasting memories of all Ranger graduates — the inescapable realities of exhaustion and hunger. In the mountains, every student begins to experience “droning” — falling asleep while still walking patrol and invariably wandering off into the dark nothingness of the woods — and the omnipresent thoughts of food and hunger take root. By the time I finished the third phase of Ranger School in Florida, I was 30 pounds lighter than I when entered the course.

The real value of Ranger School is how people react and lead peers under these conditions. It is in the darkness of a cold and rainy night in late March that Ranger students realize how hard (or not) they really are, and what true leadership is about.

If the Army moves forward with opening its doors to women, the decision will set the conditions to create a wider base of Ranger leaders throughout the force. The physical standards required are known, and aspiring students have the time to prepare. Tactically, missions in Ranger School are fairly simple — squad and platoon ambushes, raids, and reconnaissance. Those too can be learned and trained. What cannot be trained is the mental toughness and perseverance it takes to make it through those 62 days (or more for those recycling a phase). That has to come from within. There will certainly be challenges for the first women who enter, but my advice is to internalize the final stanza of the Ranger creed deep into memory:

Readily will I display the intestinal fortitude required to fight on to the ranger objective and complete the mission, though I be the lone survivor.