UNSUNG HEROES: The Naval Officer Who Gave His Life To Protect His Fellow Sailors

There aren’t as many stories of valor in the Navy from the wars in Iraq and Afghanistan as there are... 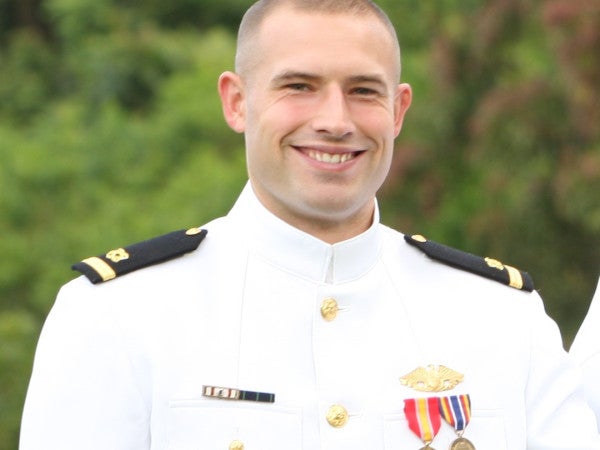 There aren’t as many stories of valor in the Navy from the wars in Iraq and Afghanistan as there are in the Army and Marines. Those that do exist almost invariably exist in the Navy Corpsman or SEAL communities.

And then there’s the story of Lt. Junior Grade Francis Toner IV. The 26-year-old was the garrison engineer for an embedded training team at Camp Shaheen in Mazar-i-Sharif in northern Afghanistan.

Toner and some other officers were doing physical training on the outskirts of the base in March 2009 when an Afghan soldier opened fire on the unarmed soldiers.

“The simple fact is that they were murdered in cold blood,” Lt. Michael Lucrezio, a medical service corps officer assigned to Camp Shaheen told the Navy Times. “The guy who shot them wasn’t some random bad guy who snuck on base wearing a stolen uniform; he was an army soldier who had been vetted through the [Afghan National Army] recruiting process and trained to their basic standards.”

But it was under fire in that moment that demonstrates Toner’s bravery and heroism. According to the citation for the Silver Star medal he received posthumously, Toner engaged his Afghan killer, though he was unarmed and wounded.

“Unarmed, [Toner] verbally challenged the insurgent and continued to advance until he was fatally wounded,” his award citation reads.

The selfless act distracted the Afghan man away from an injured sailor and allowed another sailor to run and retrieve reinforcements. The Afghan man shot himself before help arrived.

For his bravery, Toner posthumously received the Silver Star medal, the third-highest distinction for gallantry and bravery in combat.