UNSUNG HEROES: The Airman Who Died Leading His Team In An Intense Ambush

Senior Airman Mark Forester, an Air Force combat controller, was killed on Sep. 29, 2010 when he was leading a... 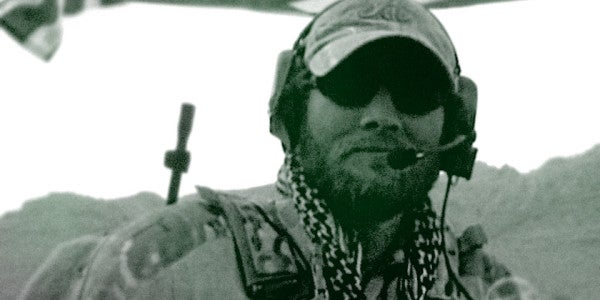 Senior Airman Mark Forester, an Air Force combat controller, was killed on Sep. 29, 2010 when he was leading a rescue team in the volatile Uruzgan province, Afghanistan, to rescue a fallen comrade.

Forester and his team were advancing on a suspected ambush in a known enemy safe haven inside of Jangalak Village when they were engaged by a “well equipped and tenacious enemy” according to Forester’s Silver Star citation.

As Forester and his team of four United States Army special forces soldiers and eight Afghan National Army soldiers moved throughout the village, they came under intense machine gun and sniper fire. Forester acted swiftly by identifying enemy locations and coordinating close air support — all the while exposing himself to enemy fire.

Forester directed AH-64 Apache helicopters to enemy locations while he and his team ran through an open field to secure a defensive position under increasingly accurate enemy fire. He then helped to clear and secure a compound so that he and his team could take cover and move into a position to flank the enemy combatants.

The team became engaged in enemy fire soon after, and one of Forester’s teammates, a U.S. Army soldier, was fatally shot by an insurgent sniper. Exposing himself to enemy fire, Forester shot and killed the sniper, and organized a team to recover his teammate’s body.

In a final act of gallantry and valor, Forester led his team back into enemy fire to rescue a fallen comrade when he was shot and killed. He was posthumously awarded the Silver Star for his courageous and selfless efforts.

Senior Airman Mark Forester, right, with Sgt. 1st Class Calvin Harrison. Forester was attempting to save Harrison when he was killed.

“Airman Forester’s steadfast courage in the face of the enemy led to the elimination of twelve insurgents and the capture of multiple weapons and hundreds of rounds of ammunition,” his citation reads.

Forester, an Alabama native, joined the U.S. Air Force in 2007 soon after completing a degree in finance at the University of Alabama. On his memorial website, his family says that he wanted to enlist despite everyone encouraging him to pursue a commission — opting instead for a path he believed would lead to increased deployment opportunities.

Forester was awarded the Bronze Star with valor in August 2010 for heroic actions against enemy ground combatants near Forward Operating Base Cobra, Afghanistan.

He was a member of the 21st Special Tactics Squadron out of Pope Field, North Carolina. His callsign, JAG 28, was retired immediately after his death.

He is remembered fondly by his teammates, many of whom spoke during his funeral, ending their speeches with “Roll Tide,” as they recalled the ardent love Forester held for his alma mater.