UNSUNG HEROES: The Marine Who Rescued His Men From A Cave Full Of Snipers 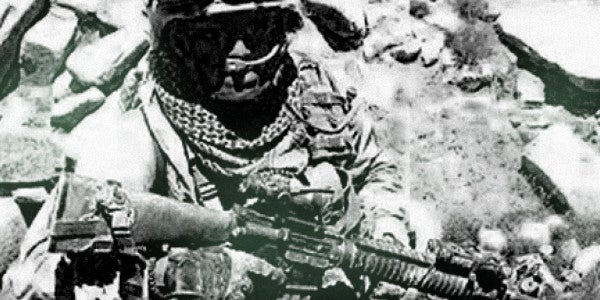 What started out a routine patrol for the Viggiani and his platoon soon turned into a nightmare.

“We were rolling through and got intel reports to sweep a village, and we got reports that they had spotted some guys,” Viggiani told Stars & Stripes.

They had just passed through the a village when they heard that a large group of armed insurgents were pushing through the valley. While on the lookout for the reported insurgents, he and his men ended up in dangerous, mountainous terrain, which rendered their radios useless.

“We had no idea where our second squad was because of the mountains,” he said. “The radio transmissions were pretty jacked up.”

With only the sound of heavy fire to guide their direction, Viggiani’s group approached a fortified ridge line. Enemy snipers were firing machine guns at them from a cave, pinning down Viggiani’s team and wounding two fellow Marines.

Armed with a fragmentation grenade and a rifle, Viggiani and another Marine looked for an opening in the cave.

Noticing a piece of fabric moving between rocks, he saw a small gap in between some stones.

“I saw a cloth in there and fired three or four rounds inside. The cloth moved, and I saw skin,” he said. “I fired about three, four more rounds. Then I pulled the pin on the frag, dropped it down, took two steps and plastered myself against the rock.”

The explosion blew up the cave and exposed three now-dead Taliban snipers.

Because of his decisive action in the cave, Viggiani and his men were able to continue up the ridge line to battle more insurgents who were still firing off machine gun rounds.

It was then that Viggiani took a ricochet bullet to the leg from a machine gun, but it didn’t stop him from fighting. Over the four-hour firefight, he and his squad killed 14 more combatants.

For his heroism that day, Viggiani was awarded the Navy Cross, the highest honor in the Marine Corps, in 2006.

“If somebody does their job, brings the boys home alive and accomplishes the mission, that’s it to me. All of my boys, I wouldn’t trade them for anything,” he said.

In 2011, Viggiani was also awarded the Mustang Spirit Award when he graduated from The Basic School. That award is presented to the prior-enlisted Marine who shows qualities of leadership.

In May 2016, Viggiani, received the Marine Gunner Henry Lewis Hulbert award — named for a prior-enlisted Medal of Honor recipient who served in Samoa and World War I and is considered the Marine Corps’ first gunner — for outstanding leadership for his contributions at Advanced Infantry Training Battalion, School of Infantry – West, where he trains Marines responsible for creating the next generation of infantrymen.