The Fourth of July was supposed to be Cadet Tom Surdyke’s 19th birthday. Instead, on that day, his family said... 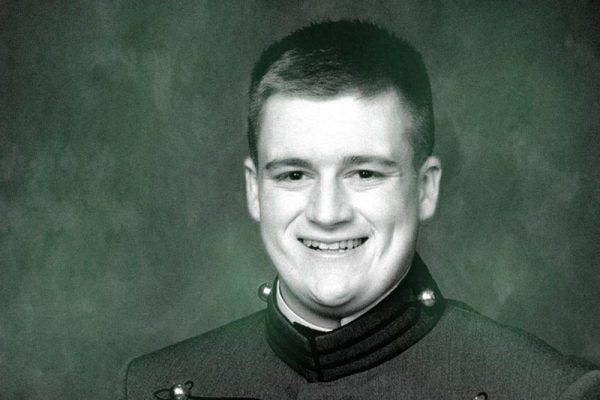 The Fourth of July was supposed to be Cadet Tom Surdyke’s 19th birthday. Instead, on that day, his family said their goodbyes and buried him at West Point, where the young hero will rest forever.

He had just finished his first year at the military academy, and between air assault and cadet field training, the Missouri native decided to visit fellow cadet James Crimmins on Long Island, New York.

What should have been a relaxing vacation on Cooper’s Beach turned tragic when a riptide pulled a swimmer out to sea, and nearly drowned him on June 24, according to the Wall Street Journal.

Without a thought for himself, Surdyke went after the boy — a friend he had made that day — trying to keep him afloat as Crimmins swam to shore to call 911.

Surdyke managed to prop the swimmer up until a paddle boarder was able hoist the civilian out of the water. However, he succumbed to exhaustion from battling the current, and ingested a heavy amount of water.

Other beachgoers were finally able to pull Surdyke from the water, but he had lost consciousness. Crimmins performed CPR. Finally, the paramedics arrived and took him to a local hospital, but his heart stopped at least three times.

His parents, Tim and Janice, were called and immediately flew to New York. Surdyke was on life support for four days, but passed away on June 28.

For his heroism, he was awarded the Soldier’s Medal — the highest valor award given by the Army in non-combat situations.

“Cadet Surdyke epitomized the values of duty, honor, country in all that he did,” Gen. Robert L. Caslen Jr., the academy superintendent at West Point, wrote in a statement.

His parents, three sisters, and his fellow classmates attended the funeral at his would-be alma mater. He was buried among Army legends like Gen. Norman Schwarzkopf Jr., Winfield Scott, and Maj. Gen. Dent Grant.

According a local Kansas paper, Surdyke wrote in his West Point application, “I want to dedicate my life to serve and protect those who are not able to do so for themselves.”

Even in death, he carried on that dream. In addition to saving the swimmer’s life, Surdyke was also an organ donor.

“He just quietly always did what was right. And at the same time was able to make his friends or anybody around him feel good about what they were doing and what he was trying to do,” Surdyke’s father told Army Times.

A GoFundMe was created to establish a scholarship for students with strong leadership qualities in his honor.