UNSUNG HEROES: Stranded In A Firefight, This Pararescueman Fought Like Hell To Save The Wounded

In November, 2010, the American-led coalition in Afghanistan launched Operation Bulldog Bite in Kunar province. The aim: to root out... 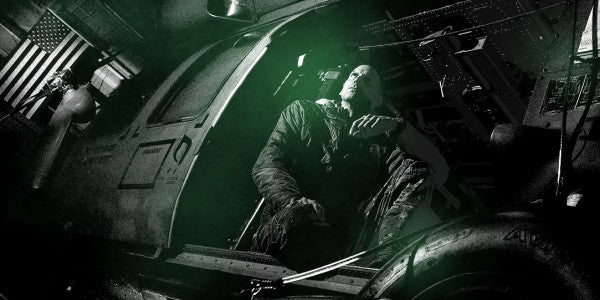 In November, 2010, the American-led coalition in Afghanistan launched Operation Bulldog Bite in Kunar province. The aim: to root out Taliban insurgents in the Watapur Valley, and deny them a safe haven from which to operate.

The mission began on November 12 and the fighting was intense, resulting in daily casualties.

Master Sgt. Roger Sparks, an Air Force pararescuemen tasked with evacuating and treating the wounded, knew the operation would be dangerous, describing the valley as “the Ho Chi Minh Trail of Afghanistan,” in a Stars and Stripes interview.

Already five months into his deployment by the time the operation kicked off, Sparks had come to accept a simple, brutal truth: “We’re always flying into the worst day of somebody’s life,” he later told the Stars and Stripes.

November 14 was no better. If anything, it was worse.

Sparks got a call that a platoon of soldiers were taking heavy casualties. During exchange, the voice on the radio changed three times times — meaning the first men had been wounded, or killed, he told Stars and Stripes.

The medevac loaded up on extra ammunition and fuel, and took off. When the helicopter arrived near a steep mountainside where American troops were pinned down under heavy enemy fire, Sparks and Capt. Koaalii Bailey, a combat rescue officer, hooked up to a quarter-inch cable and were hoisted 40 feet down to the ground, as rounds zipped past.

“Five seconds into the hoist, I knew we were not going to live through this,” said Sparks in a Department of Defense news release.

Immediately after landing, a rocket propelled grenade detonated 20 feet away, disconnecting the cable reports Stars and Stripes. The explosion knocked Bailey momentarily unconscious, and threw the two men to the ground.

Related: UNSUNG HEROES: The Airman Who Died Leading His Team In An Intense Ambush »

As they worked to untangle themselves, shell casings began falling from the sky as their HH-60G Pave Hawk helicopter opened fire.

“There were .50-caliber casings raining from the sky, hitting me in the face.” said Sparks, a former Force Reconnaissance Marine and now a pararescueman in the Alaska Air National Guard. “It was so comforting to know people were dying – people who were trying to kill us.”

Incoming rounds began ripping through the helo’s floorboards. Due to the high altitude, the crew had removed the ballistic flooring from the helicopters in order to carry the weight of the injured men. Bailey radioed the helicopter crew, knowing they couldn't maintain their position for long, and ordered them to get out of there.

“They held that orbit until they ran out of fuel and ammo and had to leave us,” Sparks said in the news release. “They knew they were leaving us to die.”

The helicopter headed back to base to refit and refuel, and for the time being, Sparks and Bailey were stranded. Injured soldiers were a short distance away, and without the care of Bailey and Sparks, they would certainly die. After getting his bearings, Sparks made his way toward soldiers he saw taking cover behind a tree in a ravine.

“I got 10 feet from the guys by the tree and I heard a fwwwwp!, saw a red flash and an RPG detonated on a tree that was just a few feet in front of me,” Sparks said in the Department of Defense news release. “It was absolutely overwhelming, and I'd been in firefights before.”

They were caught in a deadly crossfire from multiple directions and what little cover they had was being chewed apart by incoming enemy fire. That's when Bailey called in a danger close airstrike. Apache helicopters unleashed hellfire missiles, and when their ammunition ran out, a F-18 flew in to drop a 2,000 bomb. The valley erupted in fire, but miraculously, Sparks and the soldiers on the mountainside survived.

With a brief respite from the enemy attack, Sparks called to the injured men, telling them to come to his position.

“You don't want to have to run back and forth to the wounded,” Sparks said. “You need them all in relatively the same place so you can treat them quickly.”

Injured soldiers began moved toward him, some crawled, or limped along assisted by friends. Once the wounded were gathered, Sparks began triaging the injured, many severely hurt — chest wounds, punctured lungs, shattered hips, fist-sized holes, eviscerated stomachs and arterial bleeding — all with limited medical supplies. To make matters worse, it was dark, and Sparks had to work by moonlight, and under fire. While treating one patient, an RPG exploded just feet away, but Sparks didn’t even realize it.

For his actions that day, Sparks was awarded the Silver Star in July 2014, and Bailey received a Bronze Star with a valor device.

All told, during the operation, 11 Americans died and 49 were seriously wounded, but without the incredible efforts of men like Sparks and Bailey, the toll would have been much higher. The courage of frontline medical personnel, like pararescuemen, is surpassed only by their selfless determination to put the lives of the injured above their own safety.

“You're going to have self-preserving thoughts, but you can't let them take over what you're trying to do,” said Sparks. “You're trying to salvage human lives.”