“I saw the Blue Angels fly when I was a young kid,” said Marine Corps Capt. Katie Higgins of the... 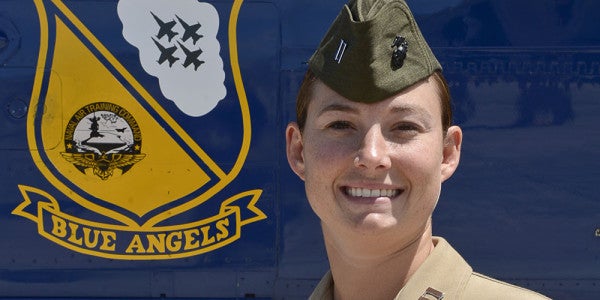 “I saw the Blue Angels fly when I was a young kid,” said Marine Corps Capt. Katie Higgins of the Navy’s famed Blue Angels. “I was definitely inspired by that.”

A third-generation Marine Corps aviator, Higgins is also the first female pilot to join the Blue Angels in the team’s 69-year history. Higgins is part of a growing tradition of female aviators, and sees this as a chance to inspire future generations of would-be pilots, CBS News reports.

“I think by including a lady on the team, that just shows little girls and guys that women can do whatever they put their mind to,” said Higgins.