The Navy’s Judge Advocate General's Corps put out a statement March 11, warning personnel that gambling on the NCAA’s March... 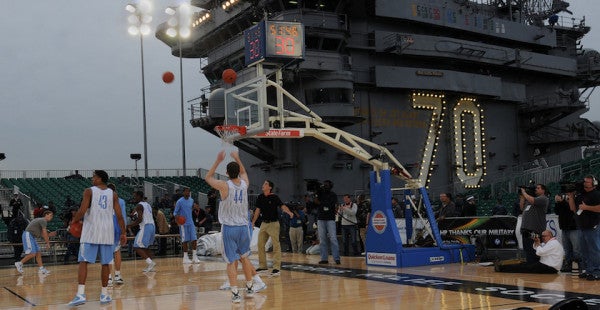 While some state laws allow for the participation in office pools, the Navy reminded its sailors that if they partake in gambling on government property, ships included, they will be in breach of the Uniform Code of Military Justice.

Lt. Kathy Paradis of the Judge Advocate General’s Corps, wrote on an official Navy blog, “As service members, we are prohibited from engaging in most gambling activities, which could include a March Madness office pool, while on federal property or onboard naval units.”

Task & Purpose reached out to the Judge Advocate General’s Corps for comment, but has not received a response.

The blog post goes on to say, “You may be thinking, ‘Regulations? But this is just basketball!’ Well, maybe. Under federal and Department of Defense regulations, it could also constitute prohibited gambling.”

The good news is despite the ruling, no known personnel has ever been charged in such a case, which could result in maximum penalties of one to two years’ confinement, along with dismissal and forfeiture of pay.

Still, the Judge Advocate General’s Corps advises that Navy personnel should save March Madness gambling for non-military friends on personal time, avoid using government computers to participate, or avoid paying in to win cash prizes at all.