How do extremists get in the military? The Pentagon wants to find out 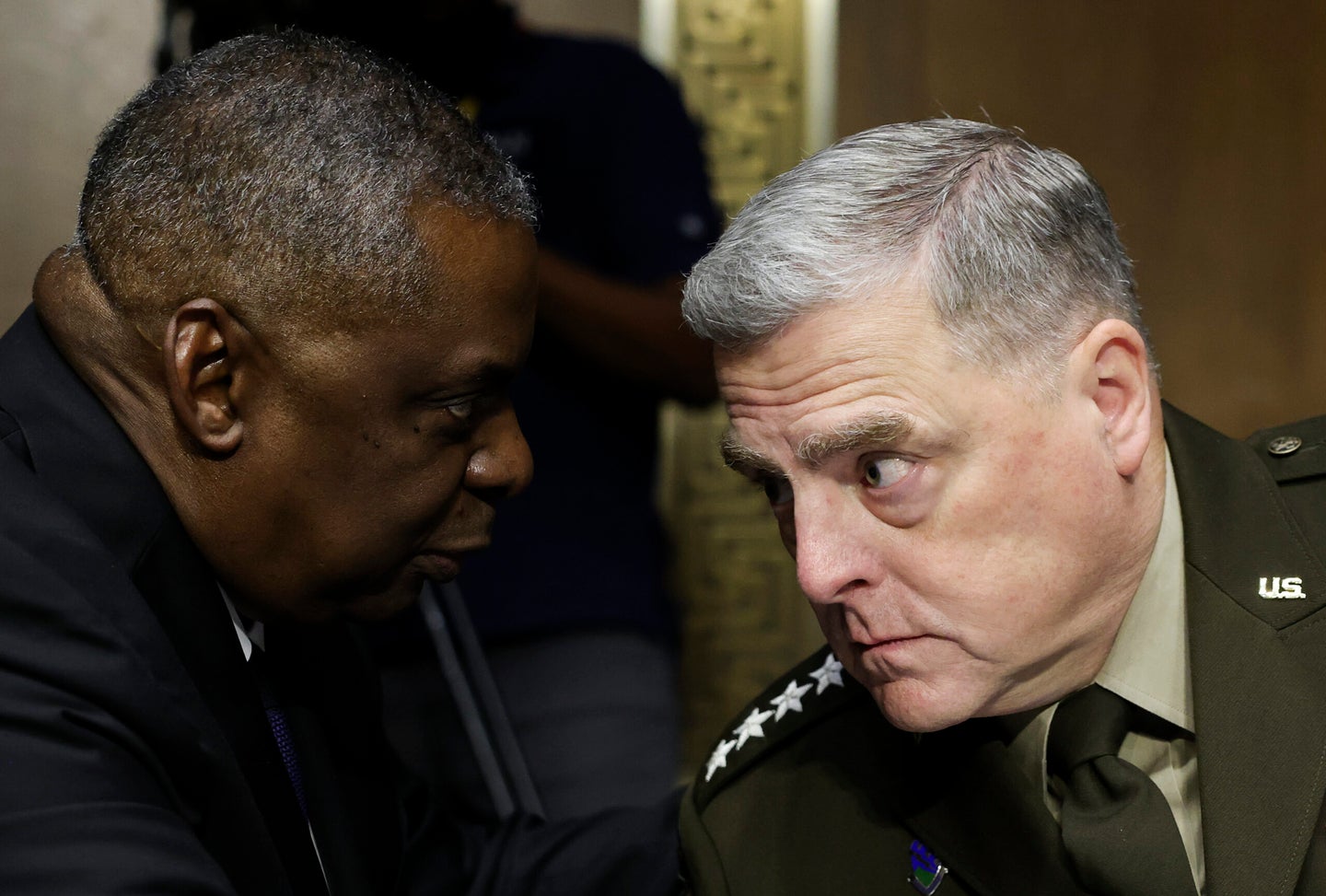 The Department of Defense Office of the Inspector General is launching a review of how extremists and criminal gang members are joining the military.

“The objective of this audit is to determine whether Military Service recruiting organizations screened applicants for supremacist, extremist, and criminal gang behavior according to DoD and Military Service policies and procedures,” reads the Jan. 3 memorandum from the Inspector General’s office.

The announcement comes as the Department of Defense has made combating extremist views in its ranks a priority. Last month, the Pentagon issued new guidelines prohibiting service members from engaging in extremist activity.

In the year following the events of Jan. 6, there has been increasing focus on extremist political ideology and criminal behavior among service members.

Last April, Task & Purpose compiled at least 40 instances of service members and veterans engaging in extremist activity over the past several years. The list included the founding member of neo-Nazi group Atomwaffen Division and an Army cavalry scout arrested in Jan. 2021 for conspiring with ISIS to ambush his fellow soldiers; a self-proclaimed “incel” who wrote that joining the Army would help him train for a mass-shooting; and a Marine Corps staff sergeant who was discharged in 2018, a year after being arrested for hanging a white nationalist banner at a rally celebrating Confederate history in North Carolina.

There have also been numerous instances of service members and veterans sharing their tactical knowledge with extremist groups and movements, such as the Oath Keepers and the Boogaloo Bois.

In Feb. 2021, Defense Secretary Lloyd Austin ordered a stand-down across all branches to address extremism in the ranks.

“I would say my overall impression is we are not doing a good job educating the force on one, what represents extremist organizations, but two, of the organizations that are out there today, which are extremist?” a senior Army official said at a stand-down meeting attended by Task & Purpose in March. “And what are those ideologies?”

“Their first thing was like, ‘Wow we didn’t know people were feeling like this because nothing was said,’” recalled one Black noncommissioned officer, recalling the response from his unit’s leadership during protests following the death of George Floyd. “But in a time like that, I feel like things don’t have to be said, it should just be second nature. Just because it doesn’t pertain to you … it still pertains to other people in your unit.”

While recent events have spurred a renewed focus on the issue, it’s a challenge that the Department of Defense has been facing for decades.

The end of the Vietnam War saw a military plagued by racial strife, with violent incidents at military bases spurred by “percieved patterns of racial discrimination.” In 1971, a barracks altercation between Black airmen and White airmen at Travis Air Force Base left a civilian firefighter dead, 10 people dead, and hundreds in police custody.

“I went into the Marine Corps for one specific reason: I would learn how to shoot,” a former member of skinhead group Hammerskin Nation told Reuters. “I also learned how to use C-4 (explosives), blow things up. I took all my military skills and said I could use these to train other people.”

And while recruiters are supposed to screen for criminal or extremist activity, there is plenty of information that can slip through the cracks.

“Human analysts cannot effectively and efficiently search the Internet on the hundreds of thousands of people each year that undergo DoD background vetting,” read a recent Pentagon report.

Potential recruits must give consent to have their social media presence checked, and everything that is looked at must first be scrubbed of third-party personally identifiable information.

With extremist groups conversing on encrypted messaging platforms, or using coded language that isn’t readily identifiable, that makes it difficult for recruiters to check for anything a potential recruit doesn’t want them to see.

The Defense Department’s new guidance expanded its definition of extremist activity to include advocating or engaging in violence or unlawful force to achieve goals that are discriminatory, political, or ideological; advocating discrimination based on race, national origin, religion, sex (including pregnancy), gender identity, or sexual orientation; using violence to deprive people of their rights under the U.S. Constitution; and other actions.
The updated policy also detailed what kind of behavior service members can engage in online and what could be considered endorsing extremist or criminal activity: “Including posting, liking, sharing, re-tweeting, or otherwise distributing content – when such action is taken with the intent to promote or otherwise endorse extremist activities. Military personnel are responsible for the content they publish on all personal and public Internet domains, including social media sites, blogs, websites, and applications.”