As if 'The Hurt Locker' wasn't bad enough. 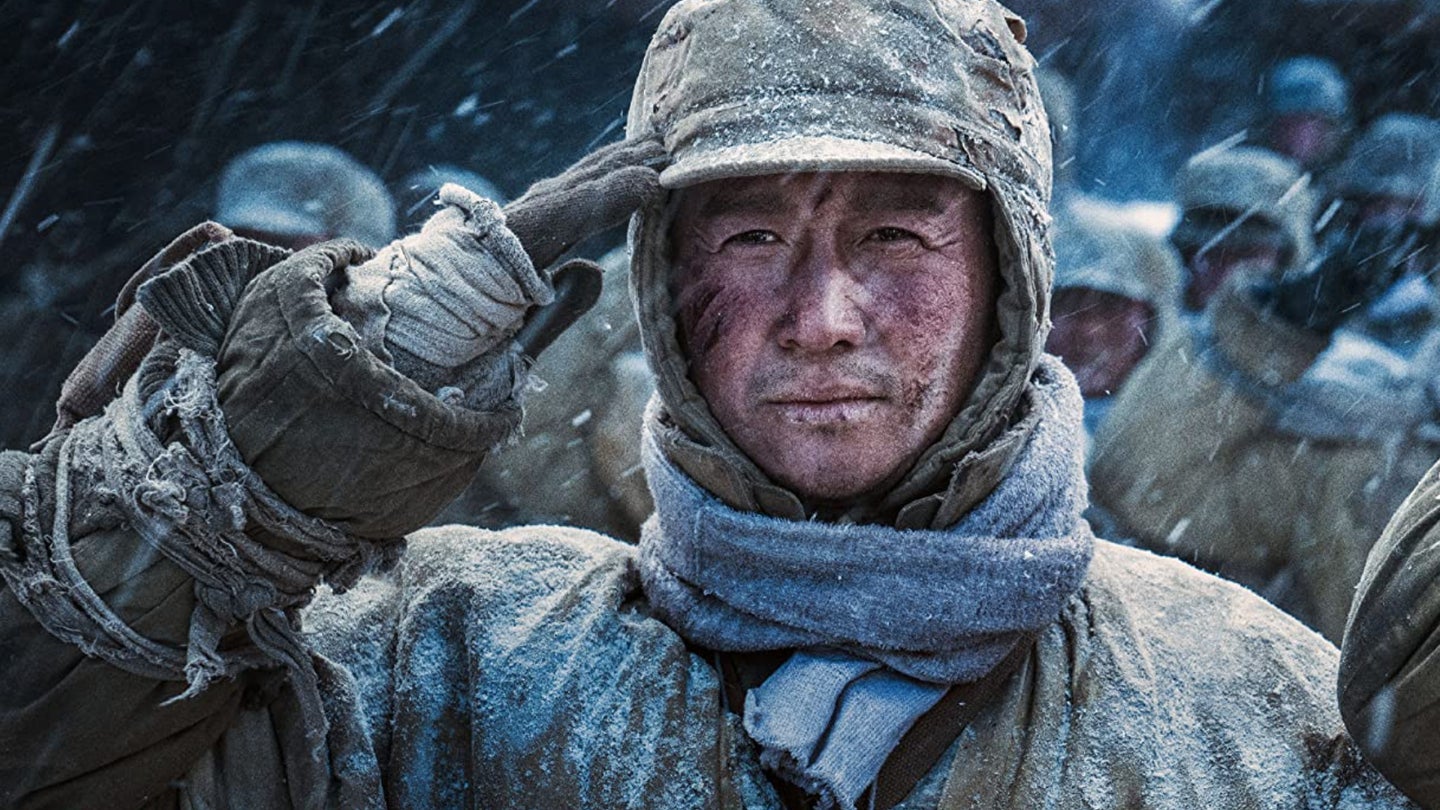 “The Battle at Lake Changjin” appears to be China’s answer to Hollywood’s approach of fictionalizing historic events. The movie, which is loosely based on the Battle of the Chosin Reservoir in North Korea, has made more than $800 million so far.

In American military history, the Battle of the Chosin Reservoir is remembered as a titanic struggle fought in the brutal cold in mountainous terrain described by Maj. Gen. Oliver P. Smith, commander of the 1st Marine Division, as “never intended for military operations.”

From Nov. 27 to Dec. 13, 1950, about 30,000 U.S. and allied troops withstood the sledgehammer of 12 Chinese Divisions and then conducted a fighting retreat to Hungnam, where they were evacuated to South Korea. The escape to Hungnam was so perilous that when a reporter asked Smith about ordering a retreat the general responded: “Retreat, hell! We’re not retreating; we’re advancing in a different direction.”

“The Battle at Lake Changjin” portrays the Chinese People’s Volunteer Army as underdogs in a David and Goliath struggle against the mightiest military in the world at the time, led by Army Gen. Douglas MacArthur, according to media reports. (It’s noteworthy that the battle took place at roughly the same time the Chinese military was invading and subduing Tibet.)

Of course, China is not the only country that uses movies to rewrite its history. Hollywood has never let facts get in the way of selling tickets, even when depicting incidents that are supposedly inspired by actual events. “Zero Dark Thirty” allegedly chronicled the hunt for Osama bin Laden but former CIA officers noted the film took a lot of dramatic license. The director, Kathryn Bigelow, is also responsible for “The Hurt Locker,” which has infuriated countless Iraq and Afghanistan veterans as the least accurate portrayal of the Global War on Terrorism in the history of cinema.

Some American media outlets have described “The Battle at Lake Changjin” as China’s take on a major U.S. military defeat, but the reality is more nuanced. Despite taking heavy casualties, American troops and their allies survived the Chinese onslaught, and they were able to save South Korea from being absorbed by the communist North. The survivors of the battle have since been dubbed “The Chosin Few.”

The parents of current South Korean President Moon Jae-in were among the refugees evacuated from Hungnam in 1950.

For Marines in particular, the Battle of the Chosin Reservoir is “one of the inspiring epics of our history,” Gen. Randolph McCall Pate, who served as commandant of the Marine Corps from 1956 to 1959, wrote in forward to the third volume of the Corps’ official history of the Korean War.

“The ability of the Marines to fight their way through twelve Chinese divisions over a 78-mile mountain road in sub-zero weather cannot be explained by courage and endurance alone,” Pate wrote. “It also owed to the high degree of professional forethought and skill as well as the ‘uncommon valor’ expected of all Marines.”

By the end of the battle, 718 Marines had been killed and another 192 were missing; 3,485 Marines had been wounded in action and 7,338 were listed as “non-battle casualties” which included frostbite and indigestion, according to the Marine Corps’ official history.

Perhaps less well known but no less important are the sacrifices that U.S. soldiers made during the Battle of the Chosin Reservoir. The 31st Regimental Combat Team – also known as Task Force MacLean and later Task Force Faith – blocked the Chinese advance for five days on the eastern side of the reservoir, allowing the Marines to withdraw, according to the Army Historical Foundation.

When the battle began, the unit had about 3,200 troops, including roughly 700 South Korean soldiers. During the withdrawal to the south, the Chinese ambushed the task force and massacred wounded soldiers. Little more than 1,000 survivors eventually made it to friendly lines, of which only 385 were still able to fight. (In 1999, Task Force Faith received a Presidential Unit Citation.)

In light of what actually happened, “The Battle at Lake Changjin” appears to be a hollow and cynical attempt to rewrite history, showing just how much China has learned from Hollywood.