PETA says it's "more reminiscent of a frat party gone wrong than a military drill." 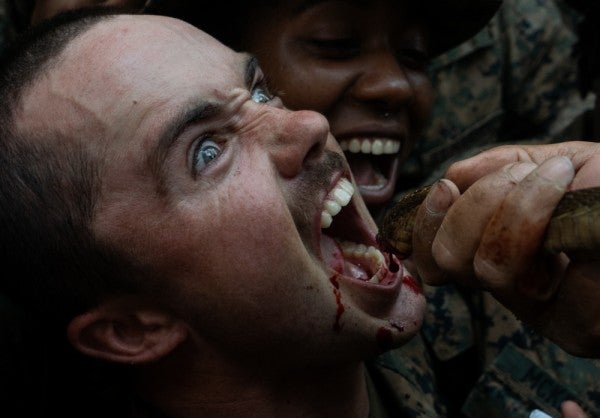 People for the Ethical Treatment of Animals has demanded the Marine Corps stop allowing a bunch of “giddy Marines” to cut off the heads of cobras and drink their blood during the annual Cobra Gold military exercise in Thailand, according to a letter sent Tuesday to the Commandant of the Marine Corps.

The letter written by PETA Vice President Shalin Gala urged the Corps to use ethical non-animal training methods and “end the use of live animals in food procurement survival exercises.”

Citing a report in The Daily Mail, PETA said Marines during the exercise had killed chickens with their bare hands, skinned and ate live geckos, decapitated cobras and drank their blood, and ate live scorpions and tarantulas. The animals are killed during jungle survival training put on by Thai military personnel.

“PETA is calling on the Marine Corps to take immediate action to replace this barbaric exploitation of animals with cutting-edge, technology-based survival training courses that will better prepare troops.”

You can read the full letter from PETA here.