'One sailor was unaccounted for during a command-wide muster.' 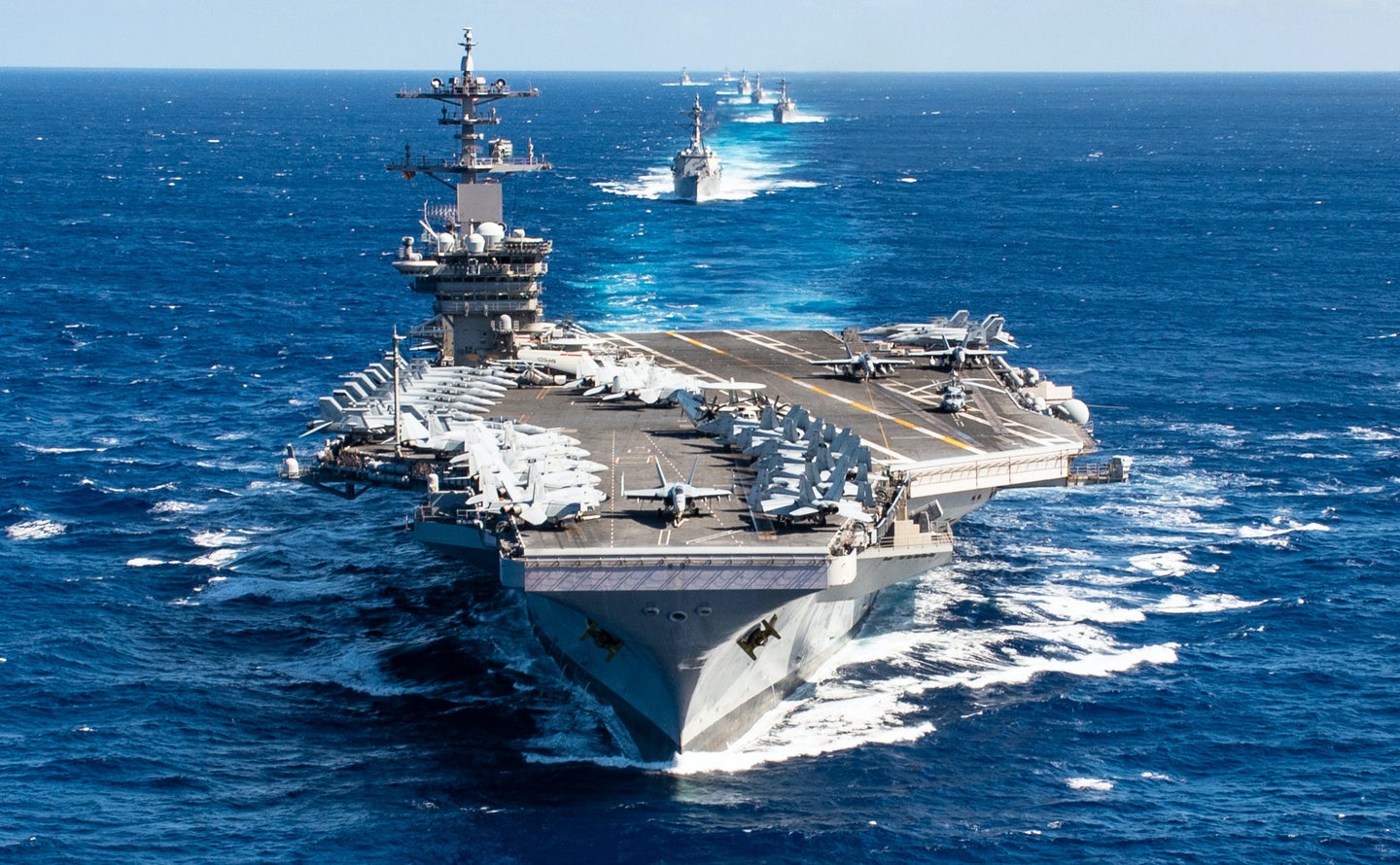 Efforts are underway to rescue a sailor from the aircraft carrier USS Theodore Roosevelt who may have gone overboard on Thursday, Navy officials have announced.

The aircraft carrier was off the coast of southern California on Thursday when one of the ship’s lookouts spotted what appeared to be a person in the water, a 3rd Fleet news release says.

“Three search and rescue helicopters and a Rigid Hull Inflatable Boat were launched in response, and one sailor was unaccounted for during a command-wide muster,” the news release says.

The cruiser USS Bunker Hill, joined by the destroyers USS Howard and USS Russell, are taking part in search and rescue efforts along with the Littoral Combat Ship USS Charleston, Navy aircraft, and the U.S. Coast Guard, the news release says.

No further information about the search was immediately available.

The Theodore Roosevelt returned to San Diego in June following a disastrous six-month deployment, during which more than 1,200 of the ship’s crew became sickened with the novel coronavirus (COVID-19), one of whom died in April. Another sailor died in July of an unspecified medical emergency.

The COVID-19 outbreak aboard the Theodore Roosevelt was so dire that the ship’s commanding officer sent a plea for help to his superiors. Capt. Brett Crozier was fired after his memo was published by the media. Then-Acting Navy Secretary Thomas Modly resigned shortly afterward for giving an unhinged speech to the ship’s crew in which he berated them for applauding Crozier as he left the aircraft carrier.