War Watch Day 5: Reports Of A US ‘Armada’ Steaming Towards Syria Are Total BS

As Friday the 13th drew to a close at the Pentagon, the excitement surrounding the possibility of U.S. military strikes... 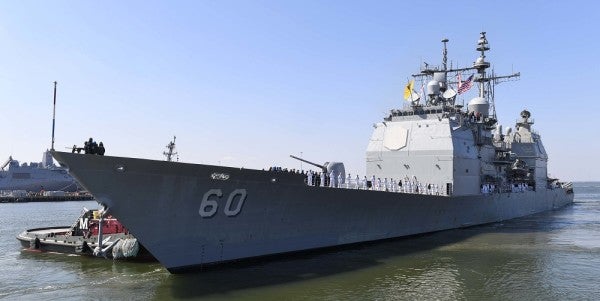 As Friday the 13th drew to a close at the Pentagon, the excitement surrounding the possibility of U.S. military strikes against Syria enjoyed a post-coital smoke and went to sleep early.

Five days after President Trump vowed swift justice for an April 7 chemical weapons attack in Syria, cable news had given up waiting for something to happen and moved onto treating former FBI Director James Comey’s book about President Trump as the biggest news since Jesus rose from the dead.

A blip appeared on the Countdown to War Horizon when the New York Post reported Friday that an “armada” of 12 Navy ships was steaming toward the Middle East, representing “the largest US strike force since the 2003 Iraq war.”

Pentagon officials pointed out there are a few issues with the story. Firstly, the U.S. Navy does not have “armadas.” There is no armada forces command. There are no Armada Warfare Officers. The 6th Fleet is not responsible for converting the British to Catholicism. Most importantly, there is no “armada duty service ribbon” or associated special pay for armada deployments.

Although the Harry S. Truman Carrier Strike Group with six U.S. ships and a German frigate left Norfolk, Virginia, on April 11, the deployment had been planned long before the chemical weapons attack and was not a result of the recent events in Syria, Navy officials told Task & Purpose.

The number of ships taking part in the strike group is standard for a routine, planned deployment, said Navy spokeswoman Lt. Liza Dougherty, who is presumably current on her armada quals.

Also, until humanity comes up with a matter transporter a la Star Trek: The Next Generation, U.S. military forces will continue to be subject to the tyranny of time and distance, so the Truman Carrier Strike Group is not expected to be anywhere near Syria for about a week.

The destroyer USS Donald Cook is in the Mediterranean – although not parked off the Syrian coast, as CNN Turk erroneously reported – and another destroyer USS Winston S. Churchill entered the 6th Fleet theater of operations on April 10.

There may not be a fleet of warships bearing down on Syria, but this Task & Purpose reporter vows to tear his shirt off and paint half of his face blue if any real news happens later on Friday.

The picture will be used for February in the upcoming “Men of Task & Purpose Holiday Calendar.”