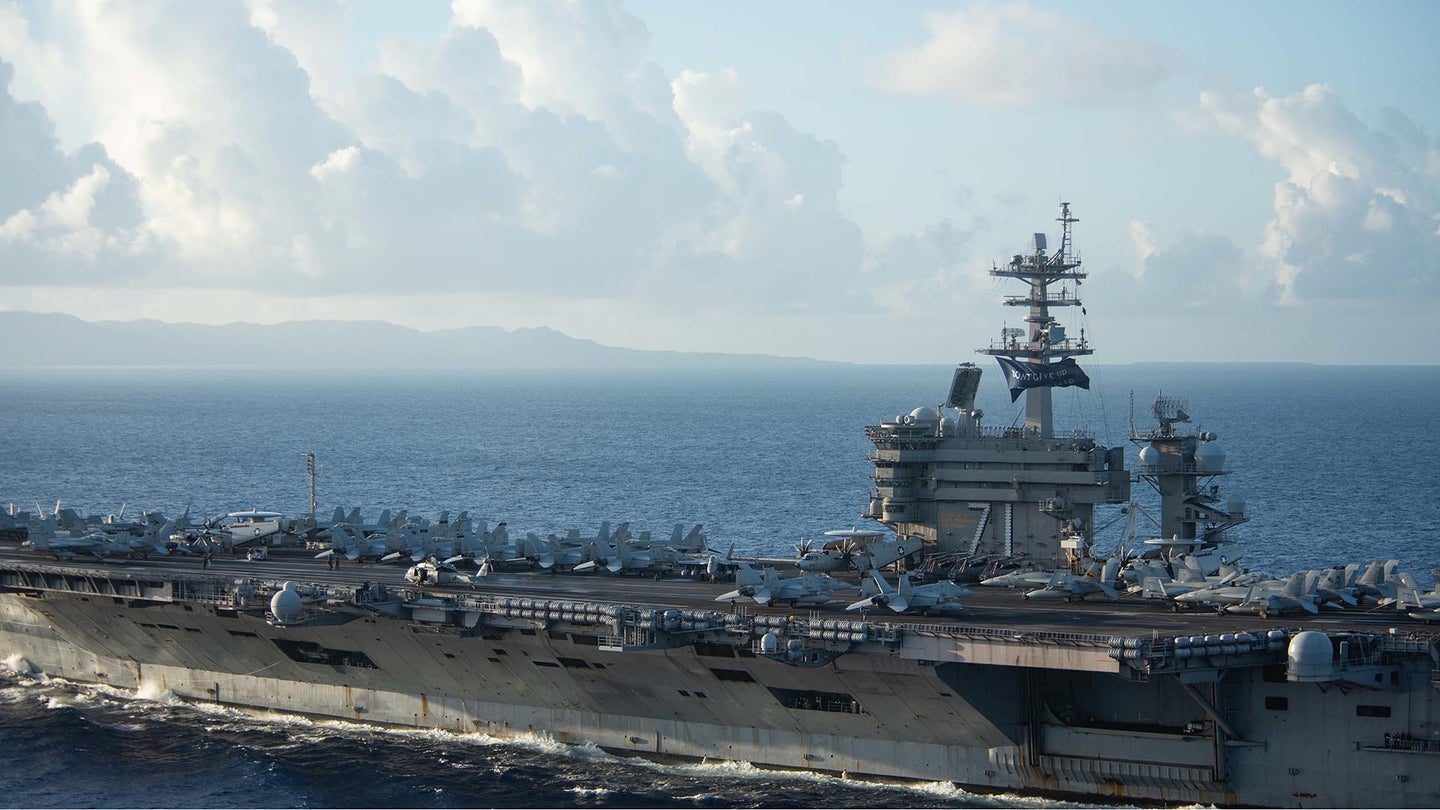 Three sailors aboard the aircraft carrier USS Theodore Roosevelt have tested positive for the novel coronavirus (COVID-19), nearly a year after a massive outbreak of the disease aboard the ship sickened than 1,200 sailors, one of whom died, according to the Navy.

The three sailors who tested positive for COVID-19 on Feb. 14 were not showing any symptoms of the disease at the time, a Navy news release says.

All crew members who had close contact with those three sailors are currently in isolation, and health professionals are conducting a thorough contact investigation.

“The ship is following an aggressive mitigation strategy in accordance with Navy and CDC [Centers for Disease Control and Prevention] guidelines to include mandatory mask-wearing, social distancing, and proper hygiene and sanitation practices. U.S. Pacific Fleet is committed to taking every measure possible to protect the health of our force,” the news release says. “USS Theodore Roosevelt is currently underway and remains fully operational.”

The Theodore Roosevelt has deployed twice in the past year as part of a “double-pump deployment,” which comes amid the combatant commands’ insatiable desire for aircraft carriers while the Navy struggles with a crippling maintenance backlog.

The ship recently conducted exercises in the South China Sea along with aircraft carrier USS Nimitz.

Navy Capt. Brett Crozier, the ship’s commanding officer at the time, was fired after he sent an urgent appeal to Navy commanders warning that his sailors would die unless most of the crew was placed into individual quarantine. Then –Navy Secretary Thomas Modly was forced to resign after giving a profanity-laced speech to the crew of USS Theodore Roosevelt, in which he chided them for applauding Crozier as he left the ship.

After returning to San Diego in July, the Theodore Roosevelt got underway again in December.

Across the entire Navy, a total of six sailors have died from COVID-19 since the pandemic began, three of whom died this month.