The Navy has fired USS Theodore Roosevelt Capt. Brett E. Crozier, who wrote a March 30 memo that the majority of the ship’s crew should be placed in individual quarantine amid COVID-19 concerns 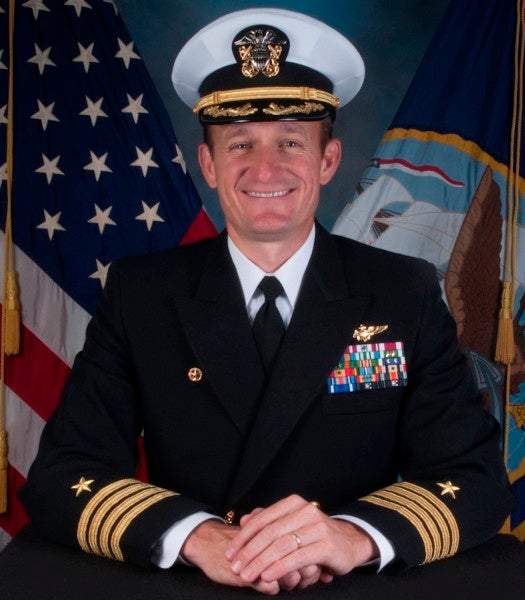 The Navy has fired the captain of the aircraft carrier USS Theodore Roosevelt, who warned his superiors that sailors would die of the novel coronavirus (COVID-19) unless most of the ship’s crew were placed in individual quarantine immediately.

The San Francisco Chronicle on Tuesday published a leaked copy of a memo from Navy Capt. Brett E. Crozier, in which the skipper argued that most of the aircraft carrier’s roughly 4,000 sailors needed to be moved off the ship because the spread of the coronavirus was accelerating.

“Sailors do not need to die,” Crozier wrote in the memo. “If we do not act now, we are failing to properly take care of our most trusted asset — our sailors,”

Acting Navy Secretary Thomas Modly announced on Thursday that he was firing Crozier, whom he accused of creating a panic on the ship and among the crew’s family members by sending his memo to too many people – although Modly did not outright accuse Crozier of leaking the memo to the San Francisco Chronicle.

Modly said Crozier’s memo “raised alarm bells unnecessarily” by giving the impression that Navy leadership was not listening to his concerns when in fact resources were on the way to the ship. He also claimed the memo did not reflect the conditions aboard the Theodore Roosevelt.

“The reality of what’s happening on the ship right now is we have about 114 sailors who have tested positive,” Modly said. “I can tell you with great certainty there’s going to be more. It will probably be in the hundreds. Of the 114 sailors, not a single one of them has been hospitalized or has had the requirement to be hospitalized.”

Modly also said Crozier told him on Wednesday that the ship has six ventilators, which are enough for the crew.

In his March 30 memo, Crozier detailed how social distancing was impossible aboard a warship and testing sailors was doing nothing to slow the spread of COVID—19. In fact, he wrote, the spread of the disease was accelerating.

Crozier also explained that group quarantine for sailors moved ashore was not working, noting that at least two sailors moved to an open bay gymnasium had tested positive for COVID-19 at the time he wrote the memo.

He proposed moving about 90 % of the Theodore Roosevelt’s roughly 4,000 sailors into individual quarantine while keeping a small number of crew members aboard to disinfect the ship, run the carrier’s nuclear reactors, and perform other essential tasks.

“Keeping over 4,000 young men and women aboard the TR is an unnecessary risk and breaks faith with those sailors entrusted to our care,” Crozier wrote.

On Thursday, Modly said he felt Crozier showed “extremely poor judgment in the middle of a crisis” by sending his memo to between 20 and 30 people, and that created doubts about the Theodore Roosevelt’s ability to deploy if needed.

Modly also claimed that Crozier went too far by saying that sailors could die of the coronavirus.

“No one knows that to be true,” Modly said. “It does not comport with the data we have right now on the ship. If we take the actions we’re going to take, hopefully not.”

“There are data that I gathered with my discussions with him, with others, as well as the facts that lead me to believe that we can have a better CO right now to help people with this crisis,” Modly added.

UPDATE: This story was extensively updated on April 2 with comments from Acting Navy Secretary Thomas Modly.