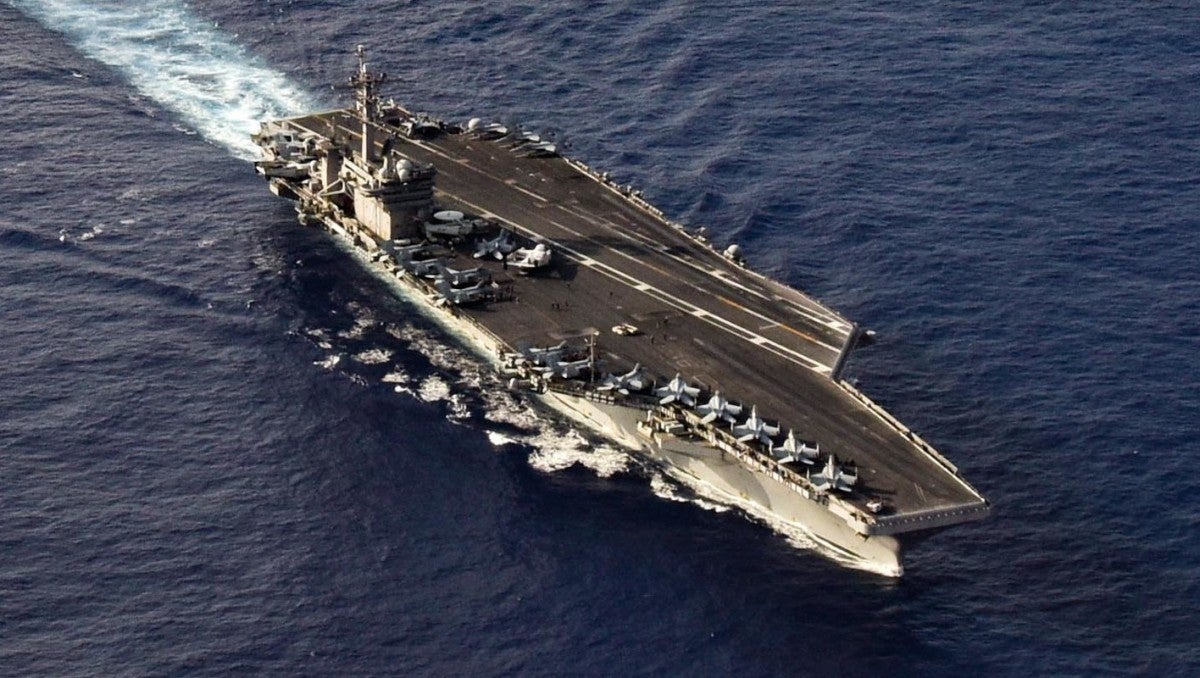 Acting Navy Secretary Thomas Modly’s speech aboard the USS Theodore Roosevelt, in which he called the ship’s former naïve or stupid, did not go over well with many of the aircraft carrier’s crew, a sailor currently serving aboard the Theodore Roosevelt told Task & Purpose.

Modly insulted Capt. Brett E. Crozier during a speech on Sunday to the entire ship's crew, which listened over the ship's intercom as the Navy's top civilian leader blasted their former commander's “betrayal” of the Navy.

“If he didn't think, in my opinion, that this information wasn't going to get out into the public, in this day and information age that we live in, then he was either A, too naive, or too stupid to be a commanding officer of a ship like this,” Modly said, according to an audio recording of his speech obtained by Task & Purpose.

Modly had fired Crozier on April 2 shortly after the San Francisco Chronicle published a memo that Crozier wrote warning his superiors that sailors would die from the novel coronavirus (COVID-19) unless the majority of the aircraft carrier’s crew were isolated individually.

On the recording, crew members can be heard reacting with shock at Modly’s disparaging remarks about Crozier.

One sailor on the ship, who spoke to Task & Purpose on condition of anonymity, said it felt as if Modly had come all the way to visit the ship’s crew in Guam only to rub salt in an open wound.

“My friend made the comparison that it was like disrespecting someone who has passed away at their wake,” the sailor said.

Many sailors aboard the aircraft carrier feel that the Pentagon did not give Crozier enough resources to deal with the coronavirus outbreak aboard the Theodore Roosevelt and now the brass is just trying to save face, the sailor said.

“Personal politics aside, everyone seems to be in agreement that what Capt. Crozier did was right and good by the crew, and the upper levels of the military are acting rashly,” the sailor said. “It feels like a martyr.”

Modly issued a statement on Monday saying that he had not listened to the audio recording of his speech to the crew so he could not verify his comments.

“The spoken words were from the heart, and meant for them,” Modly said. “I stand by every word I said, even, regrettably any profanity that may have been used for emphasis. Anyone who has served on a Navy ship would understand. I ask, but don’t expect, that people read them in their entirety.”

Another Theodore Roosevelt crew member told Task & Purpose that he understood why Modly was so frustrated when making the speech. The sailor, who also spoke on condition of anonymity, said Modly had a right to be angry for first seeing Crozier’s memo when it appeared in the media.

Modly has accused Crozier of showing poor judgment in a crisis by sending his memo outlining the dire conditions aboard the Theodore Roosevelt to too many people without first consulting with either Modly or the carrier strike group commander aboard the ship.

“So yeah, the SECNAV did get frustrated on the [1 Main Circuit],” the sailor said.

“I sure as hell would be frustrated if I were him. Sure he said some swear words, but does anybody honestly give a fuck about that? And he criticized Capt. Crozier — unprofessional for sure. He definitely should have tried to keep his cool. But I don't think he's unjustified for feeling blindsided, for firing Capt. Crozier, or for being stressed and emotional about all of this. He's definitely a hated man right now.”