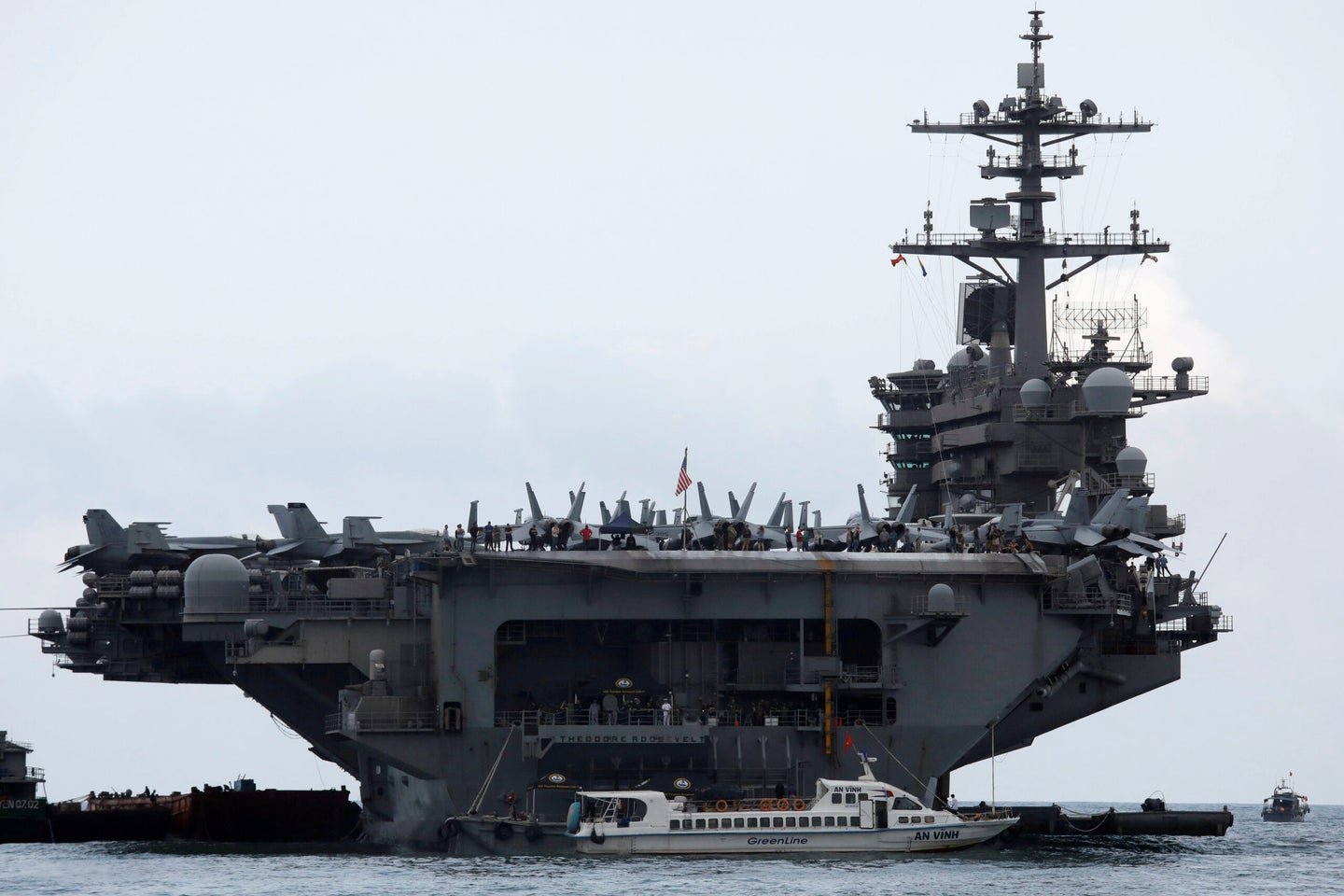 The sailors had previously tested positive for the disease but they had spent more than two weeks in isolation, showed no symptoms for at least three days, and they all tested negative for the disease twice before being allowed back on the aircraft carrier, Vasquez said on Thursday.

“The five sailors developed influenza-like illness symptoms and executed their personal responsibility by reporting to medical for evaluation,” Vasquez said in a statement. “The sailors were immediately removed from the ship and placed back in isolation, their close contacts were mapped, and they are receiving the required medical care.”

Another 18 crew members who are not showing symptoms have been taken off the Theodore Roosevelt as a precaution because they were in close contact with the sailors who tested positive for coronavirus, a defense official said.

CNN’s Barbara Starr first tweeted on Thursday about the latest numbers of sailors aboard the Theodore Roosevelt who have become sick with coronavirus.

Her tweet came after the New York Times revealed on Wednesday that one sailor had been quickly removed from the ship after becoming infected with the coronavirus.

This latest COVID-19 outbreak aboard the stricken aircraft carrier underscores a key concern raised by the ship’s former commanding officer Capt. Brett Crozier: Testing does not stop the spread of the the virus.

In a March 30 memo that Crozier sent to U.S. Pacific Fleet commanders, Crozier noted that seven of the first 33 sailors who became sick with COVID-19 initially tested negative and then showed symptoms of the disease afterward.

After launching a preliminary inquiry into the COVID-19 outbreak aboard the Theodore Roosevelt, the Navy is currently conducting a deeper investigation into the matter that is expected to be presented to Chief of Naval Operations Adm. Mike Gilday by May 27.

Gilday himself is working from home for at least a week after coming into contact with a relative who is infected with COVID-19.

Meanwhile, the Defense Department has launched its own review of how the Navy is trying to stop the spread of COVID-19 on warships.

UPDATE: This story was updated on May 14 with comments from Navy spokesman Cmdr. Myers Vasquez.