Capt. Brett Crozier has reportedly tested positive for COVID-19 since being removed from the USS Theodore Roosevelt

He "began exhibiting symptoms" before he left the ship, the New York Times reports 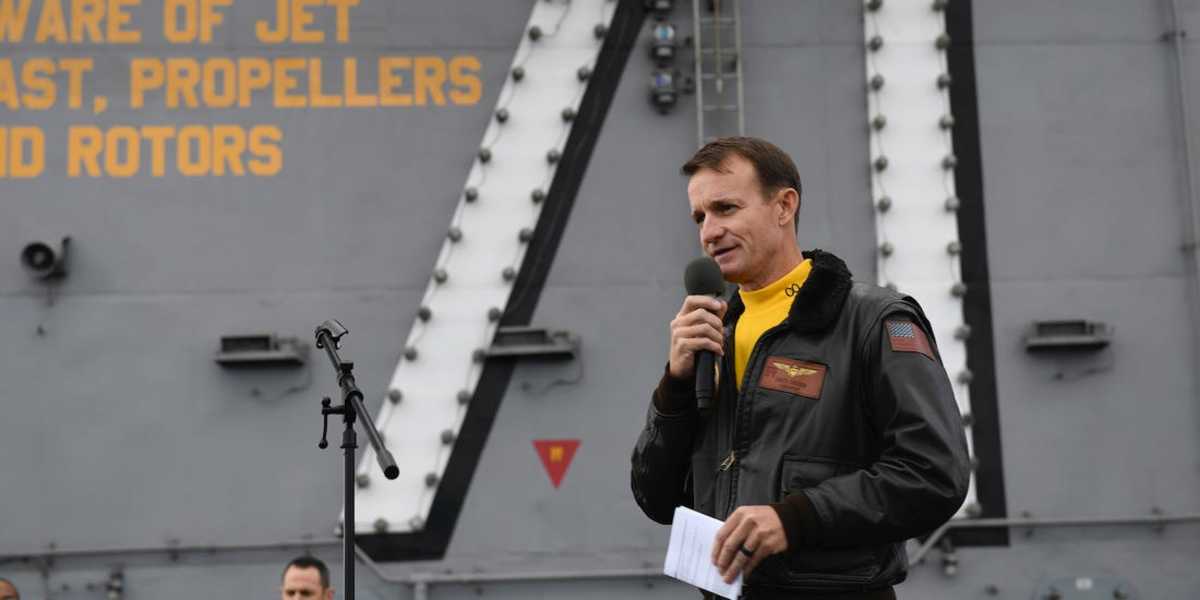 The ousted captain of the USS Theodore Roosevelt has reportedly tested positive for the novel coronavirus (COVID-19).

Navy Capt. Brett Crozier — who was fired after a letter in which he pleaded for more help from the Navy in dealing with the virus on board the ship leaked to the press — “began exhibiting symptoms before he was removed from the warship on Thursday,” the New York Times reports, citing two of his Naval Academy classmates who are close with his family.

In the letter, which was leaked to the San Francisco Chronicle, Crozier outlined the dire conditions aboard his aircraft carrier, telling Navy officials that the spread of COVID-19 “is ongoing and accelerating” aboard the ship.

“We are not at war. Sailors do not need to die,” Crozier said in the letter. “If we do not act now, we are failing to properly take care of our must trusted asset — our Sailors.”

Acting Navy Secretary Thomas Modly announced that Crozier was being removed on Thursday, and accused him of creating panic on the ship by sending his letter to too many people — despite saying on Wednesday that Crozier's expressing his concerns to his chain of command “would absolutely not result in any type of retaliation.”

On Friday, videos began surfacing of the crew of the ship gathering to say goodbye to the captain, cheering his name as he left the ship, alone. In one video, a sailor is heard saying, “Now that's how you sent out one of the greatest captains you ever had!”

“I thought it was terrible what he did,” Trump said at a press conference. “To write a letter, I mean this isn't a class on literature, this is the captain of a massive ship that's nuclear powered. And he shouldn't be talking that way in a letter.”