Both of the aviators are in good condition, according to the aircraft carrier medical team 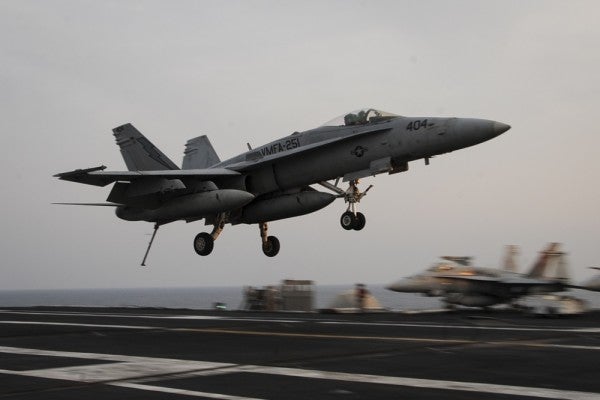 Two naval aviators ejected from their F/A-18 Super Hornet over the Philippine Sea on Thursday and were recovered safely by helicopter, the Navy announced.

The aviators, who were assigned to Carrier Air Wing 11 aboard the USS Theodore Roosevelt, were conducting routine pilot proficiency training when the incident occurred, the Navy wrote in a statement.

Both of the aviators were assessed by the medical team on board the aircraft carrier and are in good condition, the Navy said. The reason for the ejection is under investigation.

The helicopter that recovered the aviators were assigned to Helicopter Sea Combat Squadron (HSC) 8, the Navy said.

The incident comes just two weeks after the Theodore Roosevelt finally returned to sea after being sidelined in Guam for 10 weeks due to an outbreak of novel coronavirus (COVID-19) aboard the ship.

The outbreak infected a fifth of its 5,000 sailors, and the decision to bring the ship into port cost the ship captain at the time, Capt. Brett Crozier, his command. Crozier was hailed as a hero by his crew and his case is now being reconsidered by the Navy.