They are the first known cases of the virus on board a U.S. military ship at sea, the Navy said. 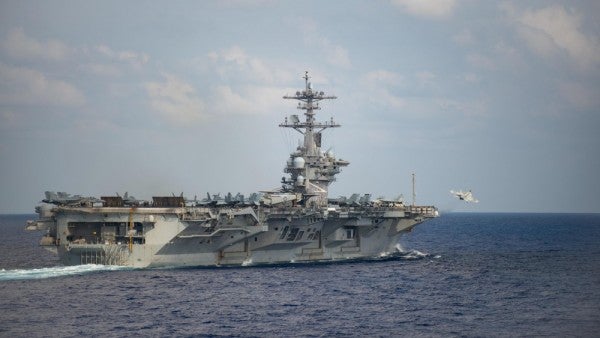 WASHINGTON (Reuters) – Three U.S. sailors on board the Theodore Roosevelt aircraft carrier in the Pacific tested positive for the coronavirus, U.S. Navy officials said on Tuesday, the first known cases of the virus on board a U.S. military ship at sea.

Acting U.S. Navy Secretary Thomas Modly told a news conference that the three had been quarantined and were being flown off the ship. The ship has about 5,000 personnel on board.

Chief of Naval Operations Admiral Mike Gilday said the ship was last in port in Vietnam about 15 days ago.