Emails reveal how Capt. Crozier’s pleas for help from the Navy fell on deaf ears until his bombshell letter leaked

'Letter seems to have gotten the ball rolling ‐ hopefully not too late,' Crozier wrote in a March 31 email. 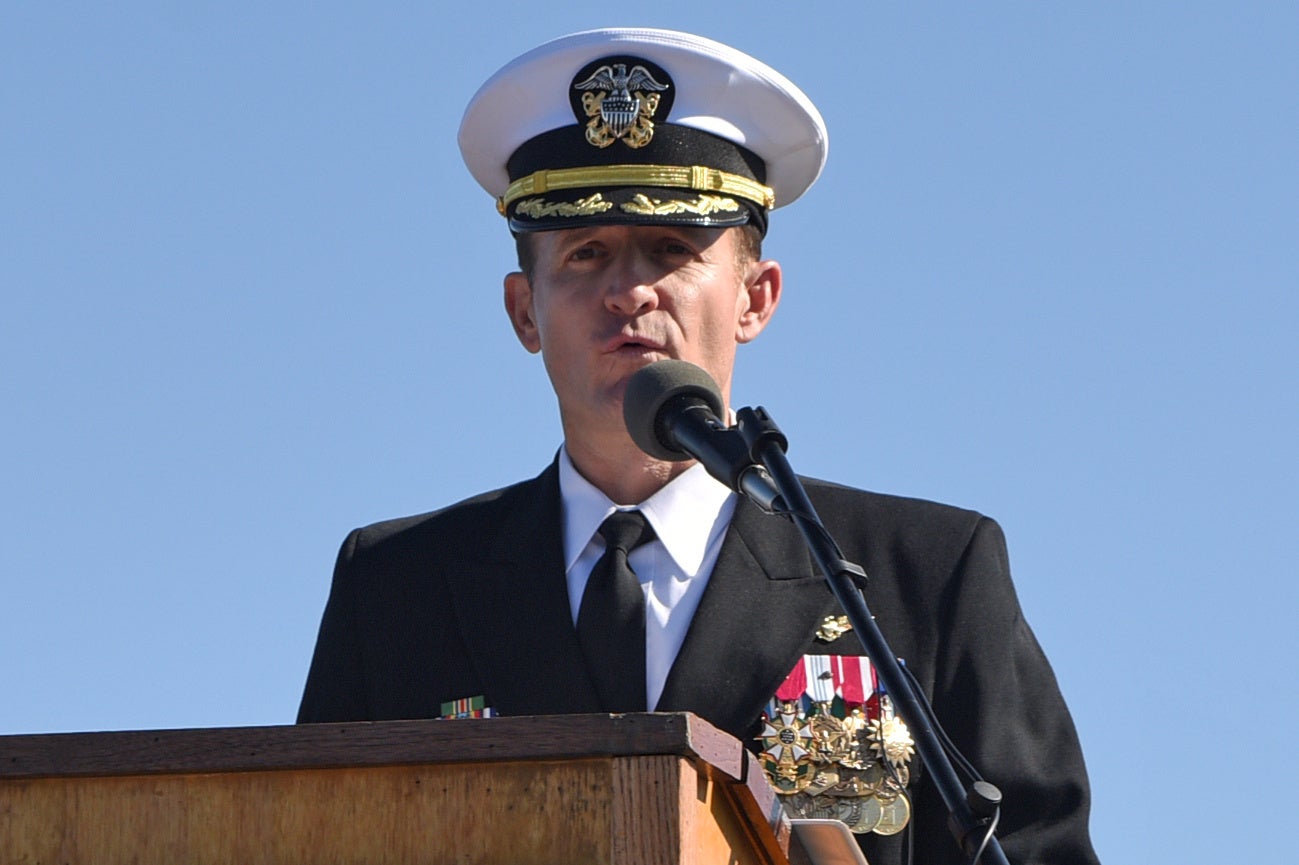 The day after three sailors aboard the aircraft carrier USS Theodore Roosevelt tested positive for the novel coronavirus (COVID-19), Navy Capt. Brett Crozier knew that his crew faced a serious threat from the disease.

In a March 25 email to a loved one, Crozier wrote that it was possible that 50 crew members could be ill by the end of that week, noting that the only environment worse for contagious disease was likely prison.

“And of course my opinion regarding Covid cases on [the ship] are between you and I,” Crozier wrote in a follow-up email on March 25. “Some off ship aren’t being very realistic about it despite evidence to the contrary.”

The emails are among 300 pages of communications that the Navy recently provided to Task & Purpose following its Freedom of Information Act lawsuit filed against the service in April.

In addition to the hundreds of emails that the Navy has already released in response to the lawsuit, the communications show how Crozier faced an uphill battle to convince his superiors of just how dire conditions aboard the ship were.

Ultimately, Crozier was fired on April 2 just days after the San Francisco Chronicle first published a letter he sent to his superiors warning them that sailors would die unless most of the crew was moved into individual isolation as soon as possible.

On March 24, one sailor from the ship’s reactor division and two others assigned to squadrons in Carrier Air Wing Eleven tested positive for the disease, Crozier wrote in an email that day to an officer.

The next day, Rear Adm. Stuart Baker, who led the embarked Carrier Strike Group Nine, received an email from 7th Fleet warning: “We think we are at 95% probability of large outbreak.”

Indeed, the situation aboard the Theodore Roosevelt rapidly spiraled out of control. Navy Capt. Daniel Keeler, the aircraft carrier’s executive officer, wrote in a March 28 email to Crozier that more than 2,000 crew members had come in “close contact” with infected sailors.

The strategy applied at the time would only slow, not stop the disease, Keeler wrote. The only way to get a “safe ship” was moving the Theodore Roosevelt’s crew into individual isolation.

On the following day, Crozier and other officers were quickly coming up with a paper to persuade admirals that testing sailors for COVID-19 would not end the outbreak aboard the ship – only isolating crew members individually would.

“Yesterday’s discussion with [7th Fleet] centered around batch testing everyone before we sent them ashore,” Crozier wrote in a March 29 email. “The paper reiterates the point that it doesn’t work (21%). If we can get them to understand that, then they [will see the] whole strategy we are currently executing doesn’t work.”

Crozier also lamented that the quarters being made available ashore for the ship’s crew were not individual rooms. Instead, sailors were expected to bunk on cots or in barracks with four people per room.

“As discussed, that doesn’t work… and the sooner we get everyone to understand that, the sooner we can pursue individual isolation as the only known way forward,” Crozier wrote.

As part of the internal chatter, another officer who contributed to the effort pointed out that all of the passengers who died of COVID-19 aboard the cruise ship Diamond Princess were older than 70.

“This is likely a consideration from leadership/decision makers,” the officer wrote. “The biggest thing we fear is someone dying from this in the Navy. A PR nightmare. Likelihood of death on TR is probably low ‐ but can’t be discounted.”

(By the time the outbreak aboard the ship had been brought under control, one crew member had died from the disease: Chief Petty Officer Charles Robert Thacker.)

It does not appear that Crozier’s entreaties to his superiors were successful because on March 29 – Guam time – he sent an email to commanders saying that efforts to stop the spread of COVID-19 aboard the Theodore Roosevelt had proven to be inadequate and he no longer had confidence in the regular staffing processes.

He attached the four-page letter to his email that was later published by the San Francisco Chronicle and other media outlets, outraging then-Navy Secretary Thomas Modly.

When Adm. John C. Aquilino, commander of U.S. Pacific Fleet, saw Crozier’s email, he sent Crozier and Baker a terse message on March 30: “Studs – you and Chopper call me ASAP.”

Another admiral was much more sympathetic and thanked Crozier for his “red flare,” a reference to a maritime distress signal.

“I’ve added [commander of 7th Fleet] and [the Naval Forces Marianas] to this reply as we’ll escalate work on behalf of your team immediately,” wrote Vice Adm. DeWolfe Miller, who was serving as commander of Naval Air Forces and Naval Air Force, Pacific Fleet at the time, in a March 30 email.

Crozier did not appear to care about the consequences of his appeal for help, writing in a March 31 email: “Letter seems to have gotten the ball rolling ‐ hopefully not too late.”

He also explained to the ship’s ombudsman that while his letter may have worried some of the crew’s families, “We felt the need to do something quickly for the good of the sailors, and I trust in the end the families will understand it.”

Yet Crozier’s struggle with his superiors was not over. He told a loved one on April 1 that he was “trying to keep folks off my back” so he could solve problems aboard the ship.

“But in the end I really don’t care what anyone above RDML Baker thinks right now,” Crozier wrote in an email to a loved one. “Tired, but still fighting.”

By the time Crozier sent that email, it was already the morning of April 2 in Washington, D.C. He would be fired just hours later.