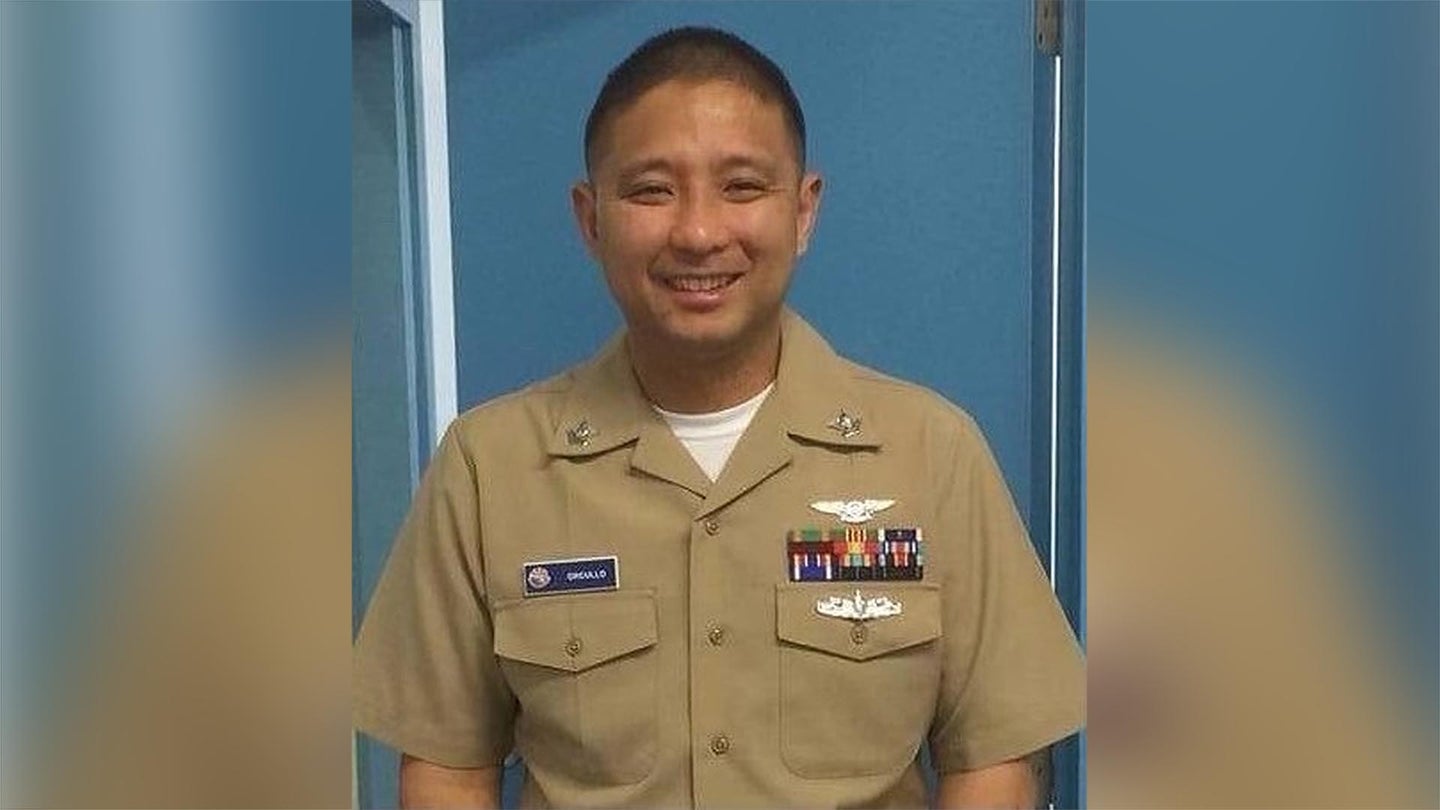 A chief petty officer assigned to the amphibious assault ship USS Wasp who died on Feb. 12 is the third sailor to succumb to the novel coronavirus (COVID-19) this month; and that means half of the six sailors lost to COVID-19 since the pandemic began have died in February alone, according to the Navy.

Aviation Support Equipment Technician 1st Class Marcglenn L. Orcullo, 42, was first hospitalized on Jan. 17 and then transported to Sentara Norfolk General Hospital in Virginia, a Navy news release says. He was admitted to the hospital’s intensive care unit on Jan. 29 and later died of complications from COVID-19.

Originally from Hawaii, Orcullo joined the Navy in July 2010 and had previously served on the amphibious assault ships USS Bataan and USS Nassau, according to his official service record. He was promoted to petty officer 1st Class in December and his awards include the Navy and Marine Corps Achievement Medal, Navy “E” Ribbon, and Navy and Marine Corps Overseas Service Ribbon.

Overall, a total of 21 service members, 182 civilians, 10 dependents, and 64 contractors have died of COVID-19, as of Feb. 12, according to the latest figures from the Defense Department.

Because the vaccines have been approved on an emergency use basis, they are not mandatory for service members and other Defense Department personnel.