A Marine has died from a gunshot wound while on duty at Marine Barracks Washington, D.C., Corps officials announced on... 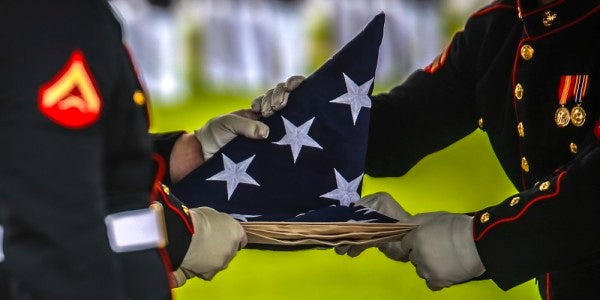 A Marine has died from a gunshot wound while on duty at Marine Barracks Washington, D.C., Corps officials announced on Tuesday.

The incident happened about 5 a.m. on Tuesday, according to a news release from the base. The Marine's name has not yet been released pending next of kin notification.

Police from Washington, D.C., responded to the scene and the shooting is currently under investigation, the news release says.

“The command's priorities are to take care of the Marine's family and friends,” Col. Don Tomich, commanding officer of Marine Barracks, said in the news release. “We want to ensure these personnel are being provided for during this challenging time.”

Capt. Colleen McFadden, a spokeswoman for Marine Barracks Washington, declined to say whether or not foul play is suspected in connection with the Marine's death. Nor would she say if the shooting may have been a negligent discharge. No other Marines were injured in the incident, she said.

“The command and the Marines here are cooperating with the investigation team, which is the Metropolitan Police Department, at the time,” McFadden told Task & Purpose.

Tuesday marked the second time in six months that a Marine has been shot at Marine Barracks Washington. On June 15, a Marine suffered non-life-threatening injuries from a “self-inflicted gunshot wound” while standing post near the House of the Commandants.