Police are treating the matter as a death investigation, not a homicide 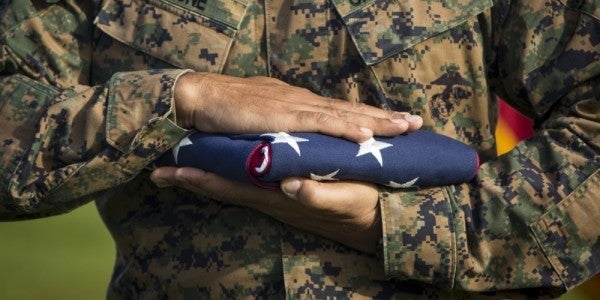 The incident happened around 5 a.m. on Jan. 1, according to a base news release. Kuznia was pronounced dead at 5:59 a.m.

“According to the Metropolitan Police Department, who is leading the investigation, they are treating the incident as a death investigation and not a homicide investigation,” the news release says. “The Marine who fired his weapon was relieved of his guard duties at the barracks and reassigned to administrative duties pending the completion and outcome of the investigation.”

Corps officials are not releasing the name of the Marine who fired the fatal shot, said Capt. Colleen McFadden, a spokeswoman for Marine Barracks Washington. The Marine in question is not in custody, she said.

McFadden declined to discuss the circumstances surrounding Kuznia's death, including whether the shooting took place when one of the Marines was relieving the other, or if the Marine who fired the fatal shot was horsing around by pointing his weapon at Kuznia.

“We can't provide details on that at this point,” McFadden told Task & Purpose on Thursday. “That will come out with the investigation.”

The shooting took place inside the walls of Marine Barracks Washington's main post, according to Thursday's news release. After the investigation is completed, base officials will decide whether more safety measures are needed.

Kuznia's mother Markelle announced her son's death in a Jan. 1 post on her Facebook page: “With broken hearts we lost a loving son, cherished brother and dedicated Marine. We appreciate everyone's thoughts and prayer during this difficult time!”

She told the Minneapolis Star-Tribune that her son played soldier as young as 3 years old.”

“He was always patriotic,” Markelle Kuznia told the newspaper. “He thought it was his duty to serve his country.”

SEE ALSO: A Marine Has Been Shot Near Commandant's House In Washington, Is In Stable Condition