The Marine Corps veteran suspected in last weekend's acid attack on a Hispanic man in Milwaukee was in fact a Marine, according to records and despite the Corps' insistence that they lacked information matching the perpetrator 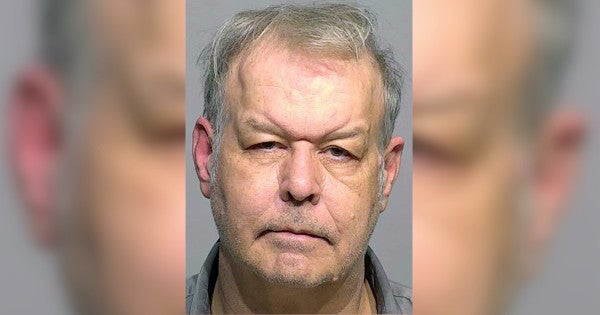 The Marine Corps veteran suspected in last weekend's acid attack on a Hispanic man in Milwaukee was in fact a Marine, according to records and despite the Corps' insistence that they lacked information matching the perpetrator.

Clifton A. Blackwell, 61, was arrested on Saturday night after allegedly throwing battery acid on 42-year-old Mahmud Villalaz, a U.S. citizen who immigrated from Peru, after asking, “Why did you come here and invade my country?” the Milwaukee Journal-Sentinel reports.

While members of his family claimed that Blackwell was a Marine, a Marine Corps spokeswoman, Yvonne Carlock, told Task & Purpose that the service “did not have a record matching the info they provided for the perpetrator.”

But according to records obtained through a Freedom of Information Act Request and published by the website Valor Guardians, Blackwell did in fact serve for four years during the late 1970s.

“The statement you published quoting the USMC spokeswoman is technically true; they don't have records based on the information provided,” as Valor Guardian admin Dave Hardin told Task & Purpose. “Blackwell is a common name and whomever submitted the FOIA information may have gotten it wrong.”

Blackwell enlisted in the Marine Corps in April 1975 as a Machine Gunner (0331). He spent time as an administrative clerk at the 1st Marine Division HQ at Camp Pendleton before a stint as a guard at Marine Barracks Panama Canal.

His assignment to Panama matches information provided to Task & Purpose by his brother Arthur, who said that he was a “pistol champion” who had spent time in Panama. According to the records surfaced by Valor Guardians, Blackwell's only decoration and award was a Rifle and Pistol Expert Badge.

But while Blackwell's mother Jacqueline claimed that her son's alleged involvement in the acid attack was the product of service-connected post-traumatic stress disorder, it appears that Blackwell never saw combat despite his time in Panama. He was discharged in February 1978 as a lance corporal while assigned to the 1st Battalion, 5th Marines, 1st Marine Division.

So why did the Marine Corps have no record matching Blackwell's description when they were reached for comment by the Associated Press? It's likely a matter of record-keeping, as Hardin, the Valor Guardian admin, told Task & Purpose.

“We could not find any service for him from 1984-present , so thought he served before then,” he said. “He graduated high school in about 1975 so I didn't think he had a chance to be in combat … So, we filed with the [National Personnel Records Center]. This is what we got back.”

When reached for comment, Carlock confirmed that while officials were unable to locate corresponding records at Headquarters Marine Corps in Arlington, Virginia, she and others “have located information” at the NPRC in St. Louis, Missouri, that confirmed Blackwell's service.

Blackwell on Wednesday was charged with first-degree reckless injury in a hate crime using a dangerous weapon, the Washington Post reports, which carries up to $100,000 in fines and 25 years in prison. The additional hate crime and dangerous weapon enhancements may add an additional 10 years imprisonment on top of that.

The incident occurred after Blackwell and Villalaz got into a verbal altercation over how the latter had parked his truck.

“Because I was parked wrong. I'm going to my truck, and I move it half a block there,” Villalaz told local ABC News affiliate WISN-12. “Then I get out to go to the restaurant, and the guy's still there with a bottle in his hands.”

That's when Blackwell allegedly accused Villalaz of being an “illegal,” throwing the contents of the bottle in the Villalaz's face when he responded.

“I think I pissed him off because I told him, 'This is my country. This isn't your country. Everybody came from somewhere else here,'” Villalaz said. “The feeling was burning, and I tried to defend myself, but I couldn't because I couldn't open my eyes.”

“I believe (I) am a victim of a hate crime because (of) how he approached me telling me to 'get out this country,'” he added. “This is pretty much a terrorist attack.”