He was not in the infantry. 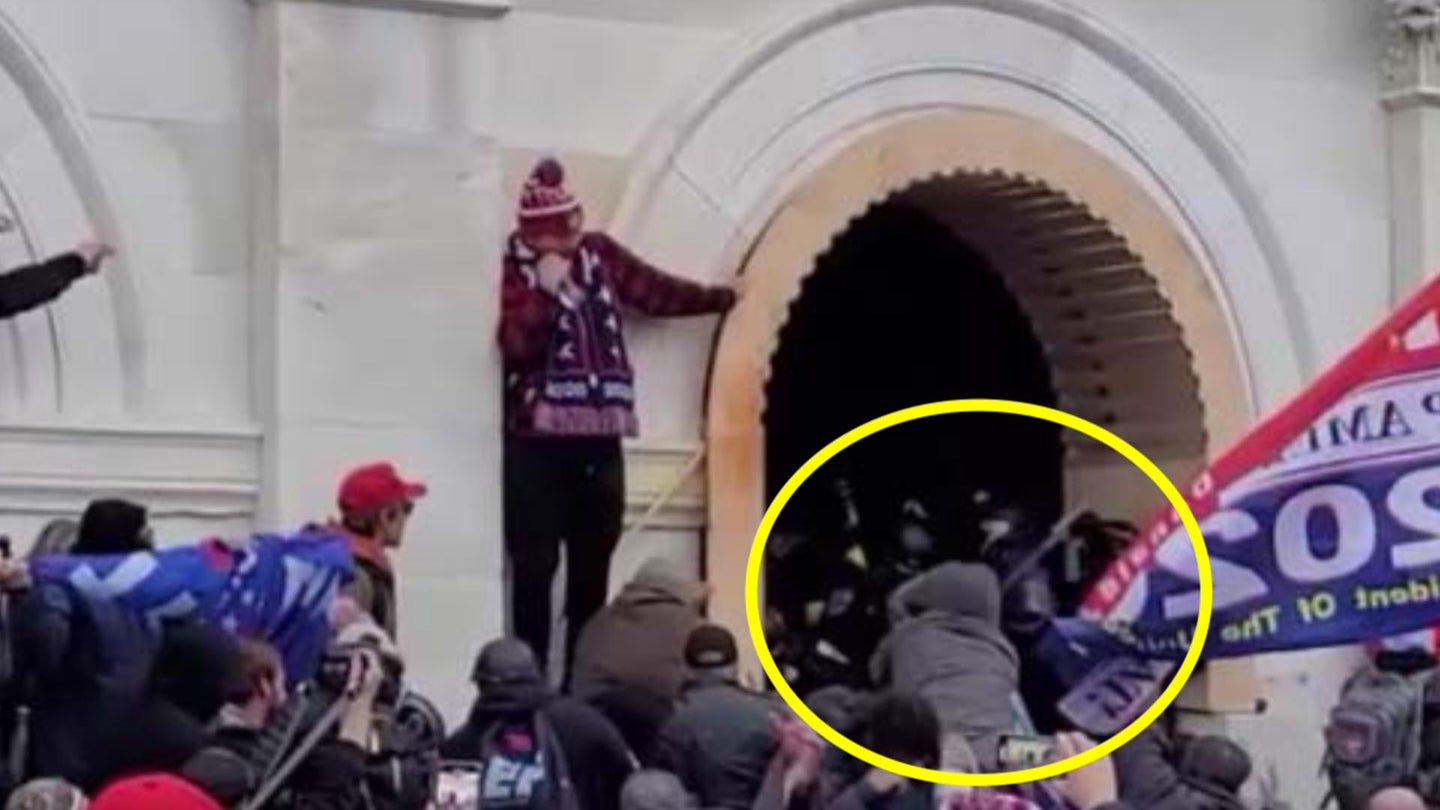 Marine veteran Michael Foy is facing four felony charges for allegedly assaulting police officers with a hockey stick during the Capitol Hill riots, including throwing “what appears to be a sharpened pole at the officers,” court documents show.

“Foy’s conduct here is some of the most violent that occurred at the riot on January 6,” according to a government brief justifying his pretrial detention. “He, a former Marine trained in combat, brought a hockey stick to a riot at the Capitol, and when things started to get out of hand, he took a leading role in the violence. He repeatedly used the hockey stick to beat police officers in the face, head, neck, and body area. And then he rallied others into entering the Capitol—through broken windows.”

When federal agents arrested Foy, 30, at his Michigan home on Jan. 21, they found both the hockey stick he allegedly used and a cap he was wearing at the time of the riots, court documents say.

While it is accurate that Foy was trained for combat, he never deployed and he does not have any valor awards, according to his service record.

Foy is a former engineer equipment mechanic, who served in the Marine Corps from 2015 to 2019, his service record says. His last assignment was with the 2nd Maintenance Battalion at Camp Lejeune, North Carolina, and his military awards include the Marine Corps Good Conduct Medal, National Defense Service Medal, Global War on Terrorism Service Medal, Sea Service Deployment Ribbon.

The assistant federal defender who has been assigned to represent Foy could not be reached for comment on Monday.

In justifying Foy’s detention, prosecutors noted that he was allegedly drinking 10 beers a day until he was arrested, according to the court documents. He also had two long guns in his home and his mother had 10 firearms in her residence.

Prosecutors allege that Foy’s actions during the Jan. 6 riots were more than violent. They were also reckless.

“Images and video taken at the Capitol show Foy attacking officers guarding the doors,” court documents say. “The scene is chaotic, graphic, and brutal. Rioters hurled projectiles at the officers and physically assaulted them, often using weapons like poles, bottles, and in Foy’s case, a hockey stick.”

During the worst of the rioting, Foy allegedly threw a sharpened pole at police and then he allegedly rushed police, court documents say. Videos of the event allegedly show Foy using his hockey stick to attack the police, including an officer who had been knocked to the ground and could not protect himself.

“Not satisfied with assault, he then appears to have rallied others to join him before crawling through a destroyed window and into the Capitol, weapon in hand,” court documents say.

Foy is charged with entering a restricted building with the intent to disrupt the orderly conduct of government business while carrying a deadly or dangerous weapon; interfering with a law enforcement officer lawfully performing official duties during a civil disorder; forcibly assaulting an officer of the United States while engaged in official duties; and obstructing an official proceeding, court documents say.

Each of the last two offenses carries a maximum penalty of 20 years in prison, court documents say.

Foy is one of at least 27 veterans or active-duty service members who have been accused of being involved with the Capitol Hill insurrection, during which Air Force veteran Ashli Babbitt was shot and killed while allegedly trying to crawl into the Speaker’s Lobby through a broken window. Four other people died including Capitol Police officer Brian Sicknick, who had served in the New Jersey Air National Guard.