Wisconsin police are desperately searching for a 32-year-old fugitive who allegedly stole 16 weapons from a Janesville gun store before... 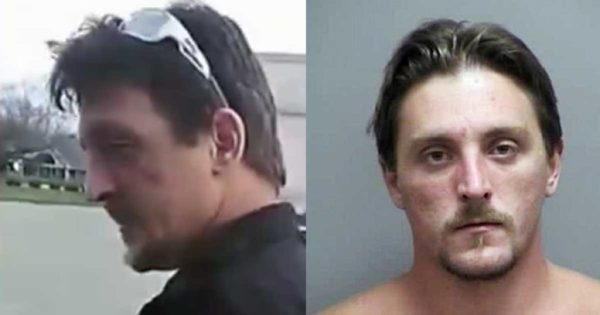 Wisconsin police are desperately searching for a 32-year-old fugitive who allegedly stole 16 weapons from a Janesville gun store before mailing an anti-government screed to the White House, NBC News reports.

Joseph Jakubowski reportedly broke into Armageddon Gun Shop on Tuesday and made off with several handguns and high-powered rifles, according to police. Nearly 150 local, state and federal law enforcement agents.

In a Friday press conference, officials told the media that Jakubowski is in possession of a bullet-proof vest and tactical helmet, and that he’s considered “armed and dangerous,” according to NBC News.

As part of their search, law enforcement officials have also beefed up security around local churches. Last week, Jakubowski mailed a 160-page manifesto to the White House that was addressed to President Trump and expressed 'anti-religion sentiment,' according to police From NBC News:

Bethlehem Lutheran Church in Sun Prairie, Wisconsin, canceled its services on Sunday after a suspicious man who looked like Jakubowski stopped by the church on Thursday asking questions, according to a statement from the Rock County Sheriff's Office.

Jon McNary, the lead pastor at nearby Heartland Church, in Sun Prairie, told NBC News he saw local police doing extra patrols in the area and that his church had extra security in place on Sunday.

Jakubowski was reportedly “highly agitated” about U.S. politics in the aftermath of the 2016 presidential election, officials said. A friend told law enforcement that Jakubowski “had spoken of a plan to steal guns and carry out an unspecified attack,” according to NBC News. Here’s more from the New York Times:

Jakubowski “has been highly agitated recently regarding a variety of political issues” and had specifically threatened to use weapons to target government officials or “an unspecified school,” the department said in a statement.

The department also released a video of Mr. Jakubowski preparing to send a 161-page manifesto to the White House. According to the police, the document “includes grievances against government and personal angst towards anyone or anything other than natural law or rule.”

The FBI has offered a $10,000 reward for any information leading to Jakubowski’s apprehension.